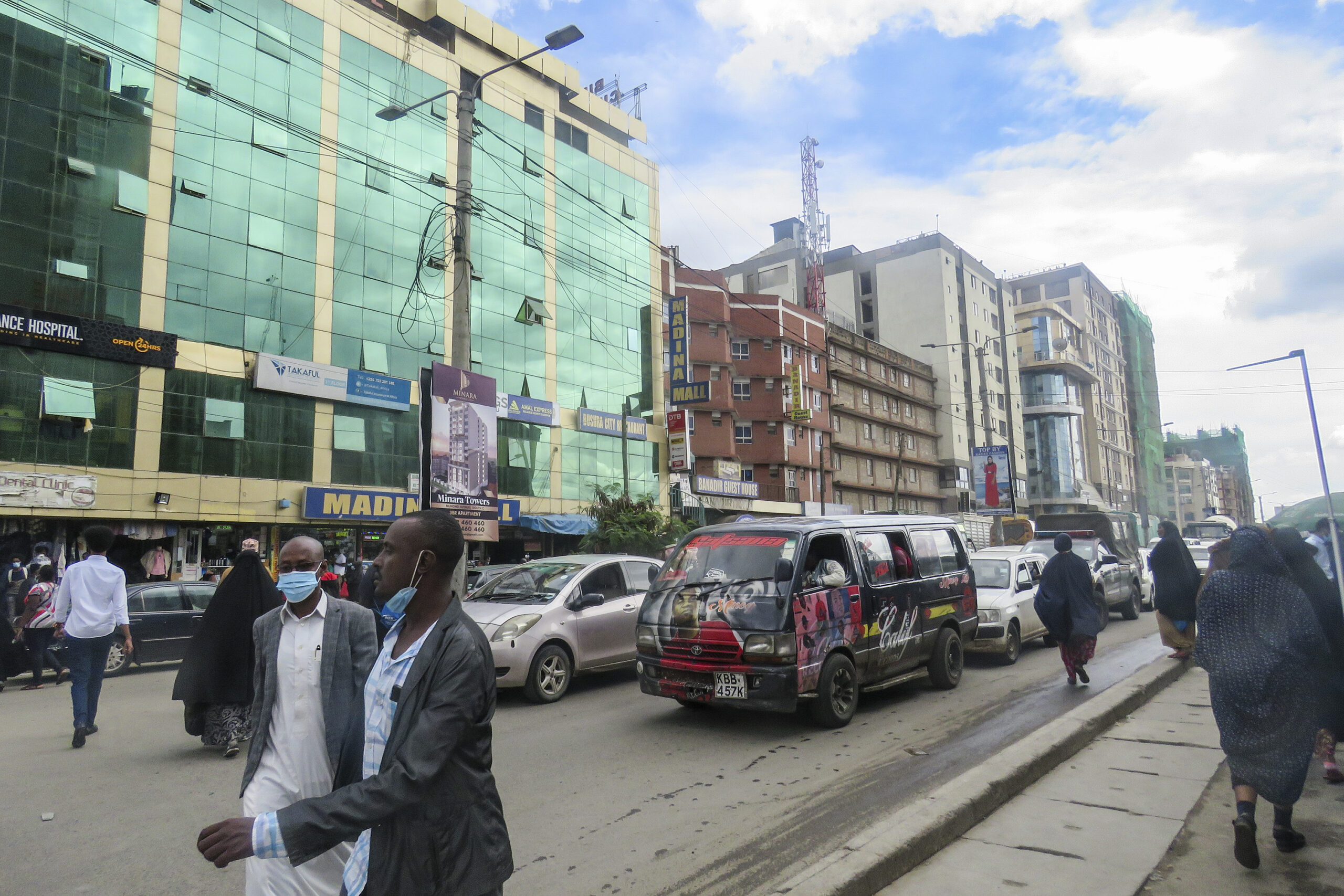 NAIROBI, Kenya — Abdulatif Afdub, a Somali-born transporter in East Africa, was elated after Kenya and the Federal Republic of Somalia restored diplomatic ties after five months.

In December 2020, Mogadishu cut diplomatic ties with Nairobi, accusing it of interfering in its internal affairs.

Following Qatar’s intervention, the two neighbors restored ties on May 6 — much to the delight of businessmen on both sides of the border, such as Afdub.

“It was good news for the Somali people who have a lot of interests in Kenya,” he told Zenger News. 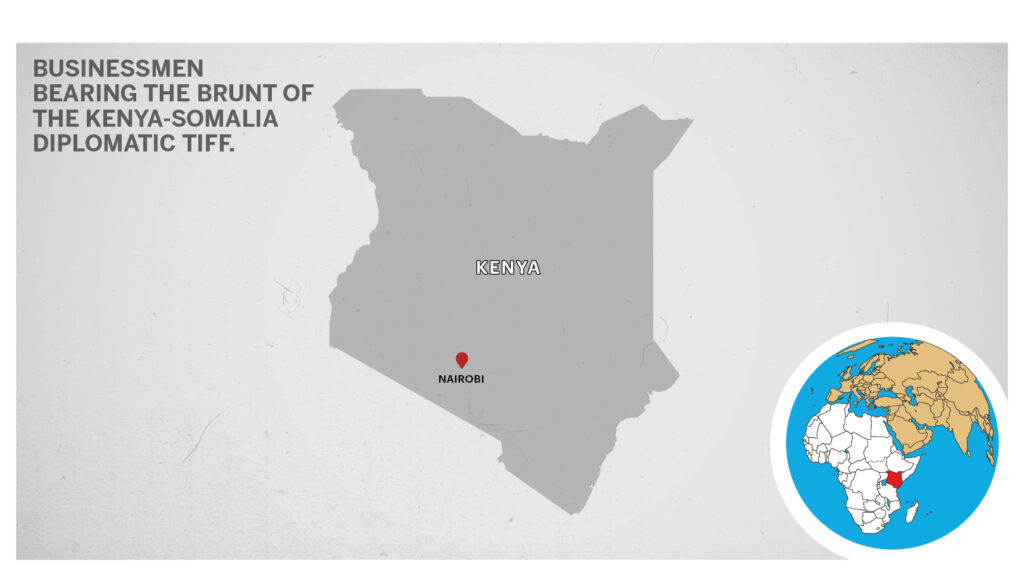 “We had hoped to resume our business activities between Nairobi and Mogadishu soon. We hoped to see progress from there.”

But his happiness was short-lived — lasting only a week.

On May 11, Kenya suspended commercial flights to and from Somalia for three months, except for medical evacuation and United Nations humanitarian flights.

The move was widely seen as retaliatory, coming after Somalia rejected lifting a ban on Kenyan khat flights it imposed in March 2020 to curb the spread of Covid-19 disease.

Khat is a mild stimulant plant mainly grown in Eastern Africa, the Horn of Africa, and Southern Arabia. It is classified as a drug and considered illegal in most of Europe and the United States.

For Kenyan khat farmers, Somalia remains their most prominent market, and so Afdub was lost for words as he learned of the new diplomatic developments between the two countries.

“I am worried about my business. Initially, I would send two planes daily to Mogadishu, but with the ban on all the flights, my business has dipped,” Afdub said.

John Mureithi, a khat farmer and a businessman from Meru County — where most of the khat in Kenya is grown — continues to count losses following the ban of khat flights to Somalia.

Before the ban, Mureithi would transport carloads of khat — also known as miraa in Kenya — to Wilson Airport to be airlifted to Somalia.

But today, he and most of the other khat businesspeople are paying the price to deliver the stimulant twigs through different routes.

“We are forced to transport our khat through Ethiopia to access the Somalia market. Sometimes our trucks are hijacked on the Kenya-Ethiopia border; sometimes, inside Ethiopia, endangering our drivers. We, business people, are suffering.”

Ibrahim Hussein, the executive director of the Association of Pastoralists Professional Women and Youth in Kenya and a keen follower of international relations, said both countries would lose economically due to the ban on commercial flights between the two countries.

“Khat has become a domestic product in Somalia,” he told Zenger News.

“It is sold in huge volumes in Somalia (meaning more profits for Kenyan businessmen). On the other hand, Somalia has been on the losing end, as it cannot export its marine products to Kenya.”

Hussein said it was strange that Somalia banned khat from Kenya due to the Covid-19 pandemic, yet it allows its importation through Ethiopia.

“Somalia needs to come out clear on the issue,” he said.

The diplomatic spat puts millions of Somalis on both sides of the border between the two countries in a bind.

Somalia President Mohamed Abdullahi Mohamed, alias Farmajo, has long accused Kenya of stirring up conflict between the Somali Federal government and the southern Jubaland State of Somalia, which borders Kenya.

Kenya had stationed its troops in Jubaland since 2011 when the Kenya Defense Forces invaded Somalia to battle Al-Shabab militants.

Additionally, the relations between the two countries have been tense for years due to the longstanding dispute over the maritime boundary that dates back to 2014.

Somalia and Kenya claim a stretch in the Indian Ocean believed to have valuable oil and gas deposits.
The matter resulted in the two nations seeking arbitration at the International Court of Justice at The Hague, Netherlands. Kenya withdrew from the case in March 2020, citing bias by the court.

Somalia tried to auction the oil blocks in the disputed area in February 2019, which led Kenya to recall its ambassador. The two nations later mended their relations in November 2020 before deteriorating again a year later.

In December 2020, Kenya hosted the Jubaland leadership and Muse Bihi Abdi, the president of the breakaway Somaliland region, prompting Mogadishu to cut off ties with Nairobi again.

The brief resumption of diplomatic ties was mediated by Qatar, which has enjoyed an influential position in Somalia under Farmajo.

“Somalia and Qatar have strong relations spanning from economic, political, cultural, and even religion,” said Hussein.

“Farmajo strengthened these ties after assuming power (in 2017). On the other hand, Kenya and Qatar have strong relations, too. Qatar opened an embassy in Nairobi, so it was easy for Qatar to bring the two countries together.”

Adam Ibrahim Aw Hirsi, who held various ministerial positions in Jubaland State and a former governor of the Gedo region, said the genesis of the bad blood between Kenya and Somalia was Jubaland.

“From khat, the border skirmishes and Somaliland—are all byproducts of Jubaland,” he told Zenger News.

“Even the maritime case in The Hague has its origins in Somalia’s anger over Kenya’s arrogant misadventures in Jubaland. The sooner the Jubaland question is solved, the better for the peoples of both countries.”

Somalia has been calling for the withdrawal of the Kenyan forces, operating as part of the African Union Mission in Somalia peacekeeping forces.

However, the United Nations Security Council, in March 2021, extended the mandate of the peacekeeping mission until Dec. 31, 2021.