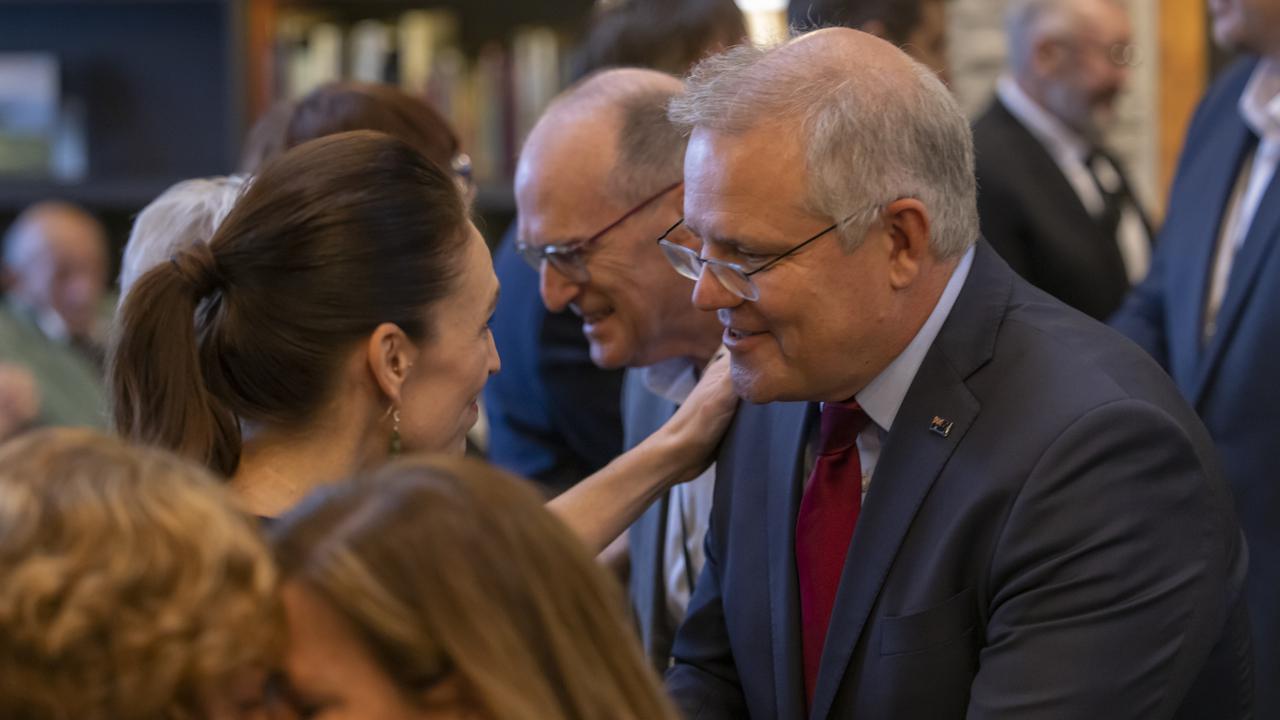 WELLINGTON, New Zealand — The Australian and New Zealand leaders say they’ll write new pages in the Covid-19 rulebook when they meet for formal talks on May 31.

Scott Morrison and Jacinda Ardern are in Queenstown for the annual Australia-New Zealand Leaders Forum.

Morrison is making a whistle-stop trip: he’s in Aotearoa for just under 24 hours, and the actual talks will go for less than three hours. Aotearoa is the M&amacr;ori name for New Zealand. It was originally used by the M&amacr;ori people in reference to only the North Island.

The pair will start their day by laying a wreath at the Arrowtown War Memorial, before settling into their policy agenda.

Both have dropped hints about what will be discussed. China is a major talking point.

New Zealand has signaled it will join Australia in a World Trade Organisation dispute with China after the superpower levied tariffs against Australia on barley.

“We rely on the rules-based trading system to provide a secure and predictable global trading environment for everyone, so we will act to uphold it,” trade minister Damien O’Connor said.

The move is a sign that the two trans-Tasman allies, both of which are heavily trade dependent on China, are unified.

Morrison said the Australia-New Zealand partnership “will be even more vital in the years ahead as we both confront an increasingly challenging geostrategic environment”.

“These talks will be an important opportunity for us to continue our efforts to support an open, inclusive and resilient Indo-Pacific,” he added.

Morrison has referenced a possible biosecurity deal being announced on May 31.

Both leaders are expected to discuss their rollout of the Covid-19 vaccine in the Pacific after committing 7.5 million doses to the developing region.

Addressing business leaders on May 30 night, Ardern said she was most eager to talk about the next phase of Covid-19 planning.

“The path that New Zealand and Australia carved (during Covid-19) was unique, and it continues to be unique,” Ardern said.

“That however means there is no rulebook for us.

“We’re both looking forward to the next day of talks, that next stage of writing the rulebook.

“As we both grapple with the challenge of how we safely re-open ourselves up to the world, whilst holding on to all the gains we’ve made, those are conversations that I would love to be able to have together — to write that rule book together.”

Damien Peter O’Connor is a New Zealand Labor Party politician who currently serves as Minister of Agriculture, Minister for Biosecurity, Minister for Trade and Export Growth, Minister for Land Information and Minister for Rural Communities in the Sixth Labor Government.