When Israel’s Philharmonic hits the road, it will plant trees to compensate for the carbon dioxide emitted by their travels. 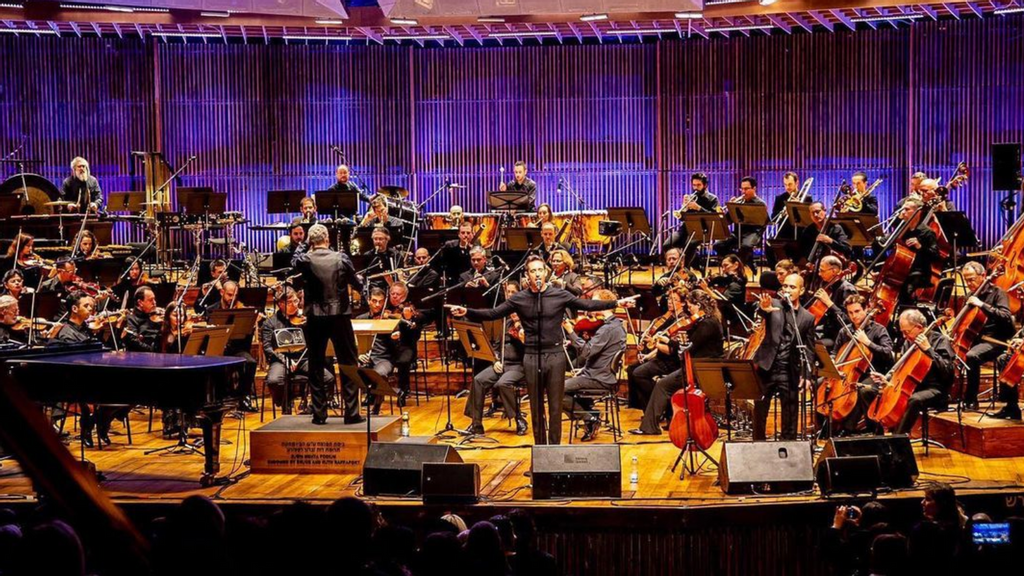 The Israel Philharmonic is no stranger to embracing causes: it was founded in 1936 as a safe place for Jewish musicians fleeing the perils of the Holocaust.

Now, 95 years later, the Israel Philharmonic Orchestra is taking a stand on climate change: they are aiming to become the first major orchestra to be carbon-neutral — and expect to do so by the end of 2022 by offsetting all their CO2 emissions, through planting trees that absorb the same amount of gas they emit.

A philharmonic orchestra is hardly the epitome of a polluter. But one of the Israel Philharmonic Orchestra’s biggest carbon footprint liabilities is their use of air travel.

Since the musicians cannot exactly bike from Israel to their concerts abroad while carrying a tuba, their air travel will continue. But to reduce the orchestra’s carbon footprint, the American Friends of the Israel Philharmonic committed to a new “Planting Seeds Initiative.”

Part of the Planting Seeds Initiative is a new partnership between the Israel Philharmonic Orchestra and financial services company Aspiration, whose main tenet is their environmentally conscious consumer banking programs.

Formed in 2015 in California, Aspiration developed the “Aspiration Impact Measurement” feature on their app, which helps customers scrutinize their own spending and determine whether the places they shop at are engaging in environmentally sustainable business practices. Aspiration rewards that behavior with up to 5 percent cash back on “socially conscious spending.”

“Planting Seeds is all about creating a sustainable future, a value that both American Friends of the Israel Philharmonic and Aspiration share,” said Andrei Cherny, co-founder and CEO of Aspiration in a press release with the philharmonic orchestra. “We are thrilled to be partnering with the American Friends of the Israel Philharmonic to offer a new model for sustainability in the world of classical music.”

One aspect of the initiative is that for every account opened from an Israel Philharmonic Orchestra website referral, Aspiration will donate a musical instrument to one of the Orchestra’s music education programs.

Reforestation can make a difference, according to scientist Sassan Saadchi at NASA’s Jet Propulsion Laboratory in Pasadena, California. A single tree can clean and purify around 25 acres (100,000 square meters) of polluted air each year, create 1543 pounds (700 kilograms) of oxygen, and absorb 20 tons of carbon dioxide.

According to Iceland Airlines’ online carbon offset calculator, if the Philharmonic travels to the U.S. to tour, its 100-strong delegation would need to plant one tree for every 600 miles each person travels — a total of 1,886 trees for an 11,320 mile round trip from Tel Aviv to New York’s JFK airport.

As the world begins to return to normalcy following the pandemic, the Israel Philharmonic Orchestra is planning a limited world tour for the remainder of 2021 and 2022 and are still to announce their destinations.

The orchestra sees going carbon-neutral as building on their heritage of statements on the social purpose for their music.

Composer Leonard Bernstein conducted in twenty-five different seasons with the Israel Philharmonic Orchestra around the world from the 1940s until his death in 1990.

Along the way, he was a vocal champion of many social causes.

He conducted a concert at the Berlin Wall on Christmas of 1989 — the first Christmas after it fell — providing a soundtrack to a newly unified Germany.

Violinist Itzhak Perlman toured with the Israel Philharmonic Orchestra throughout Eastern Europe in the waning years of the Soviet Union.

“The Israel Philharmonic was founded to save the lives of Europe’s Jewish musicians from the Holocaust. Planting seeds for the future is embedded deep in our DNA,” said American Friends Executive Vice President and CEO Danielle Ames Spivak.

“We’re thrilled to be working with a visionary company like Aspiration to send a message that cultural institutions have an integral role in saving our planet from the effects of climate change.”