While big Bollywood releases have been hit, some musicians have undergone revival due to digitization.
By Gurpreet Kaur May 31, 2021
Facebook
Twitter
Linkedin
Email 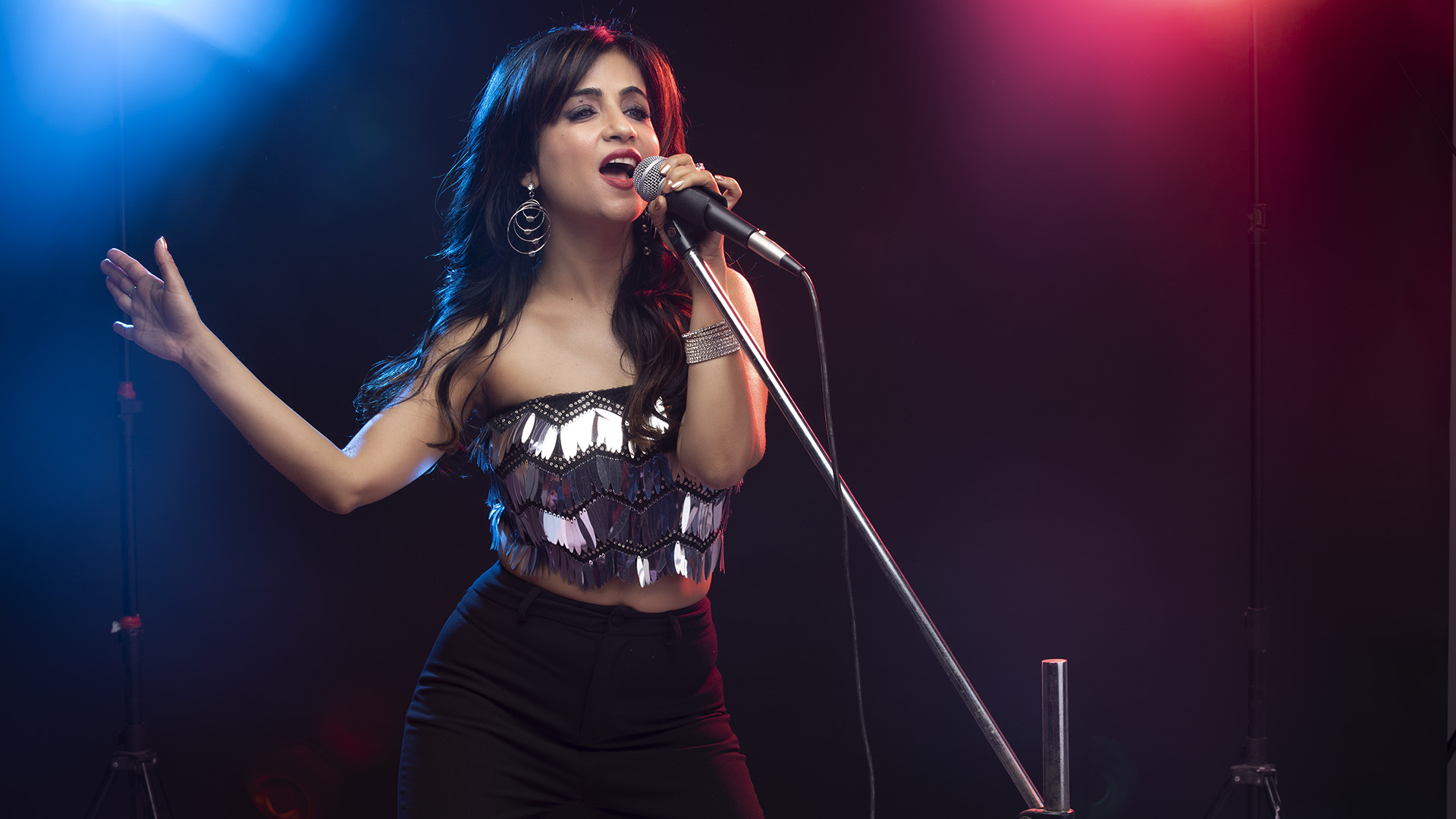 “When I do my webcerts, I have to hire a sound engineer to help me as I am unable to sing and also peer into the laptop or get into mixing myself,” Shibani Kashyap said. (Courtesy of Shibani Kashyap)

‘One World: Together at Home’, curated by Lady Gaga with support from the World Health Organization and Global Citizen movement, wanted to inspire people to take action against Covid-19 and to unite humanity at a time when many may feel isolated.

It has been more than a year since, and the pandemic has changed the course of several industries — performing arts included.

In India, Bollywood, the Hindi film industry based in Mumbai, has been a large portion of all music releases. With movie shoots called off, musicians broke out into ‘webcerts’ — a genre rarely explored by many before the pandemic.

“Doing a webcert is like doing an event,” Shibani Kashyap, who delivered many hit songs to Bollywood and is now an independent artist, told Zenger News.

“Just because you are not physically present, it does not mean there is no hard work. In fact, double the hard work and triple the expertise are needed. The biggest challenge is your network.”

“We musicians have learned a lot over the course of this past year. I am not adept at doing it [recording] myself, but I’m trying to learn. That’s the only way to be at this moment,” she said.

Sanjeev Rathod of music composer duo Sanjeev-Darshan says the pandemic hit the Indian music industry but allowed new talent and the established ones to get into online platforms.

In its media and entertainment report for 2020, research firm KPMG India said: “Digital platforms continued to contribute the largest share to the music ecosystem in the fiscal year 2020.”

The report noted that public performances were the second biggest contributor to the segment revenues. So, by the time the pandemic set in the country, online platforms had already set the stage for Indian artists to explore.

In 2019, Spotify entered the Indian market already served by Amazon Music and home-grown music platforms such as Gaana, Wynk, and Saavn.

The rise in music streaming platforms can be credited to listeners whose preferences are no longer limited to Bollywood.

“When it comes to the independent music, the market is booming as the taste for music has changed,” Pinky Maidasani, India’s first female folk rapper, told Zenger News.

“The change in the audience’s taste music choices has turned out to be beneficial for independent artists as they can work on different versions of songs including unplugged or party numbers.”

She says during the lockdown, she worked on five tracks and released two of them. Maidasani had done more than 5,000 live shows before the pandemic set in.

But with people confined to their homes, streaming for content rose exponentially. Kashyap believes “artists should think of this time as a boom for creating music and position themselves.”

She spoke about her song “Jogiya”, which she said had crossed 2 million views on YouTube during the lockdown “organically”.

“It allows artists to be in touch with their audiences, entertain them and not fade into oblivion,” the band, comprising Himonshu Parikh, Rajan Batra, Vaibhav Pani, Sahil Shah, and Stuart DaCosta, told Zenger News.

Their songs “Afzai”, “Buniyaad”, and a remake of Nusrat Fateh Ali Khan’s “Tera Jeya Hor Disda”, amongst others, are quite popular.

“We are absolutely in love with the live side of our business. So, for artists like us, being in an isolated room and performing becomes a real challenge in the first place,” the band said.

Of course, shooting from home has its own set of hurdles.

“When I do my webcerts, I have to hire a sound engineer to help me as I am unable to sing and also peer into the laptop or get into mixing myself,” Kashyap said.

“There’s a monetary investment involved, and you need to be very hands-on with the technology,” she said, recalling her challenges.

In addition, revenues from such online shows are not on par with live gig remunerations.

“It [remuneration] is half of what one would get for a live show,” Kashyap said.

Maisadani agrees. “Revenue that we get from online shows is not even 15 percent of what we were getting for live shows,” she said.

Indian movie playback singers have also been waiting for releases.

“Slowly and steadily, people from Bollywood are putting out music they would otherwise have released in a film,” The Yellow Diary said. “This opens up opportunities for all kinds of musicians, including playback singers.”

“These testing times have surely caused a boom for music-related content in the streaming realm, and from the looks of it, there’s going to be an upward trajectory.”

Kashyap believes once things bounce back, Bollywood films and web shows would look for ready-made songs. “Artists should have that bank of songs ready. You need to be a one-man show.”