Even college graduates prefer informal jobs that leave them with a higher salary, albeit with fewer protections.
By Christian Valera Rebolledo May 31, 2021
Facebook
Twitter
Linkedin
Email 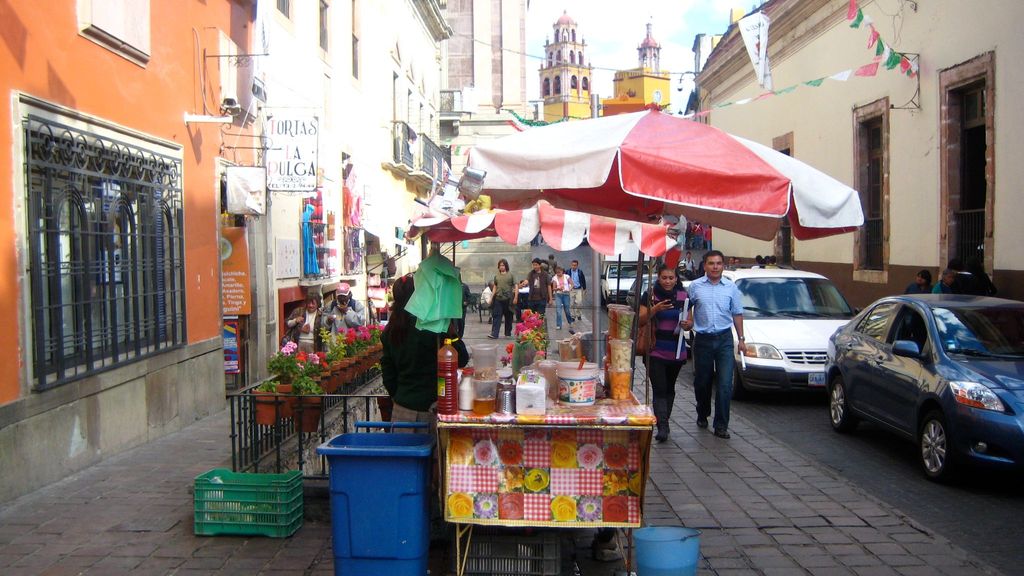 In Mexico, income for street vendors is outpacing that of professional workers, making informal commerce a lucrative option for university graduates who want to obtain resources quickly, though not easily.

“I am a woman born to street vendors and, though I have already earned a bachelor’s in communication, the salaries of professional, formal jobs are meager,” said Suhey Velázquez, a graduate from Universidad Mexicana. “I prefer to work at a stall and ensure a good amount of money. At first, I was ashamed whenever I saw my university friends, but that has changed nowadays because I see many unemployed people.”

Mexico has the highest number of hours worked per year, at about 2,250, but pays the worst for hours worked, according to data from the Organization for Economic Cooperation and Development (OECD).

Mexico’s National Institute of Statistics and Geography (Instituto Nacional de Estadística y Geografía, INEGI) reported that, in 2018, a street vendor earned 500 pesos (about $25) a day on average, while a formal worker received 100 pesos ($5).

According to the report, a formal worker who works during their downtime as an UBER driver would gain only around 8,000 pesos (about $400) a month, while a street vendor could earn on average 15,000 pesos ($753) a month.

“I’m doing extremely well, to be honest,” said Velázquez. “Now, due to the COVID-19 pandemic, we were among the first to sell face masks, hand sanitizer, and sanitizing mats. That left us with a lot of money, while several formal workers were fired from their job. That is when I reflected if a college or university degree does matter or not.”

Informal commerce in the streets of Mexico has become a matter of survival. Eradicating street vendors is difficult, as both government and society recognize that formal job opportunities are scarce.

“Seeing how the job market as it is right now, what with the pandemic and whatnot, I am not leaving my stall. I earn money here, even if I have to pay the local authorities or give up a small bribe. My degree as it is would not guarantee me a good job,” said Velázquez.

The Secretariat of Labor and Social Welfare (Secretaría del Trabajo y Previsión Social, STPS) stated in the report Trends in Professional Employment that the monthly income of street vendors is well above those of graduates of highly demanded university degrees.

The report indicates that while informal vendors earn close to 15,000 pesos a month, a graduate of biological sciences receives around 13,800 pesos; architects, 13,500; and liberal arts, 10,300. Other graduates earn even less than that.

Another factor to consider is that street vendors do not report their earnings or income tax to the Tax Administration System (Sistema de Administación Tributaria, SAT), so they do not pay taxes. However, due to the informal nature of their job, they do not receive any benefit, labor protection, or healthcare that formal workers have.