Scott Morrison says Australia and New Zealand are one family, hence the trans-Tasman allies have tallied up arguments. 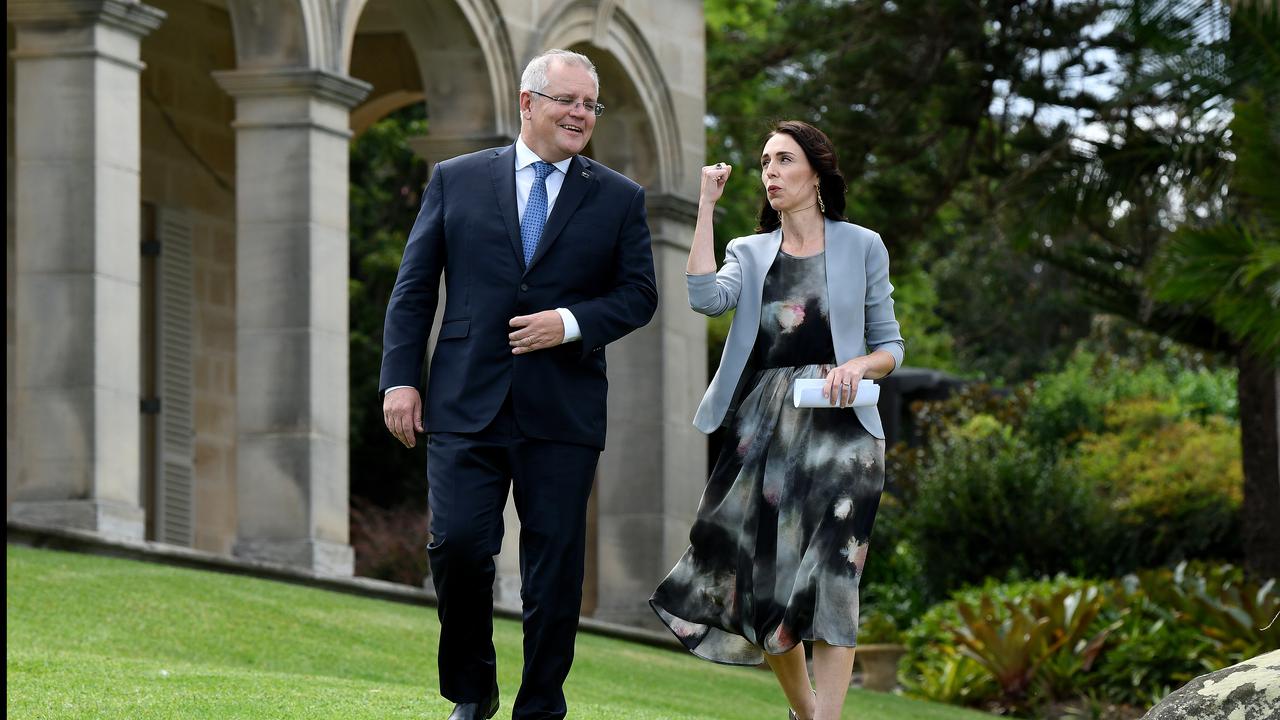 CANBERRA, Australia — What’s the state of the Australia-New Zealand relationship?

Three months ago, it seemed imperiled, as Jacinda Ardern lambasted her Australian counterpart, Scott Morrison, for stripping the Australian citizenship of a dual national woman in Syria.

It was a hospital pass, an abrogation of Australian responsibility, and Ardern was furious.

“Our very strong view on behalf of New Zealand and New Zealanders was that this individual was clearly most appropriately dealt with by Australia,” she said at the time.

“I raised that issue directly with Prime Minister Morrison and asked that we work together on resolving the issue. You can imagine my response.”

“If the shoe were on the other foot, we would take responsibility; that would be the right thing to do. And I ask Australia that they do the same.”

The spat was the latest in a series of arguments to flow into the public domain.

Tensions over Covid-19 border settings, immigration, and refugee issues, and treatment of Kiwis living in Australia have all caused recent blow-ups.

Relations with China have come to the fore, with Australian officials none too pleased with a softer line from New Zealand on Chinese transgressions.

“New Zealand’s low defense spending has long been a source of frustration across the Tasman,” she said.

Since 2014, Australia has used the Migration Act to cancel visas for New Zealand residents on criminal or character grounds.

More than 2000 New Zealanders, known as “501s” after the relevant section of the act, have been handed a one-way ticket across the Tasman in the last seven years.

Kiwis believe it has contributed to a rise in gang-related crime, with many arriving in a country they have little connection to.

It’s a rite of passage in New Zealand politics to tee off on the issue.

When Home Affairs Minister Peter Dutton boasted of sending them packing earlier this year, Foreign Minister Nanaia Mahuta said he “only served to trash his reputation.”

And last year, Ardern stood next to Morrison in Sydney and berated him, saying, “do not deport your people and your problems.”

The mounting issues prompted New Zealand opposition leader Judith Collins to rank the trans-Tasman relationship at a 40-year-low, worse than anything since the days of Malcolm Fraser and Robert Muldoon.

Jennifer Curtin, a politics professor at the University of Auckland, claimed that the comments should be understood almost like a pantomime.

“Morrison was given a warning that Ardern would do that speech. It wasn’t a surprise to him; he knew it was coming. It was Ardern doing it for a domestic audience,” she said.

The Punch and Judy show relies on political coordination, but there are genuine differences between the two Prime Ministers.

Morrison is a conservative and could hardly be described as inspirational, words that often apply to Ardern, a self-described “pragmatic idealist” and internationalist.

He’s a deeply religious man; she walked away from her Mormon faith in early adulthood.

So are these tensions just surface-level theater or evidence of a growing rift in values between Australia and New Zealand?

“Look, the chemistry is not as good as it could be between Scott Morrison and Jacinda Ardern,” Robert Patman, international relations professor at the University of Otago, said.

“But we shouldn’t exaggerate the differences between Australia and New Zealand. There are still very strong people-to-people connections.”

“These flashpoints are very much for their respective domestic audiences,” she said.

“Paul Keating was dismissive of New Zealanders. Several times during his prime ministership and treasurership, he really made it tough on Kiwis living in Australia.

Keating’s actions show the nature of the slanted relationship.

While New Zealand sees Australia as its most primary relationship, Australia has more important ties with China, the US, Indonesia, and India, to name a few.

“It’s always going to be New Zealand’s number one relationship, whereas Australia has a range of options and bigger players to work with.”

This weekend, as Morrison and Ardern meet in Queenstown, both have much to gain.

Ardern is eager to align with Australia on border settings both over the Tasman and the Pacific, all while showcasing her country’s natural beauty to potential Aussie tourists.

And Morrison would like to trumpet the two countries’ plan to vaccinate the developing nations of the Pacific.

He will be able to do so standing next to Australia’s favorite politician — Ardern regularly tops popularity lists.

On the eve of his trip, Morrison characterized the trans-Tasman relationship in the warmest of terms.

“Australia and New Zealand are a family,” he said.

And as any family member knows, blood is thicker than water.