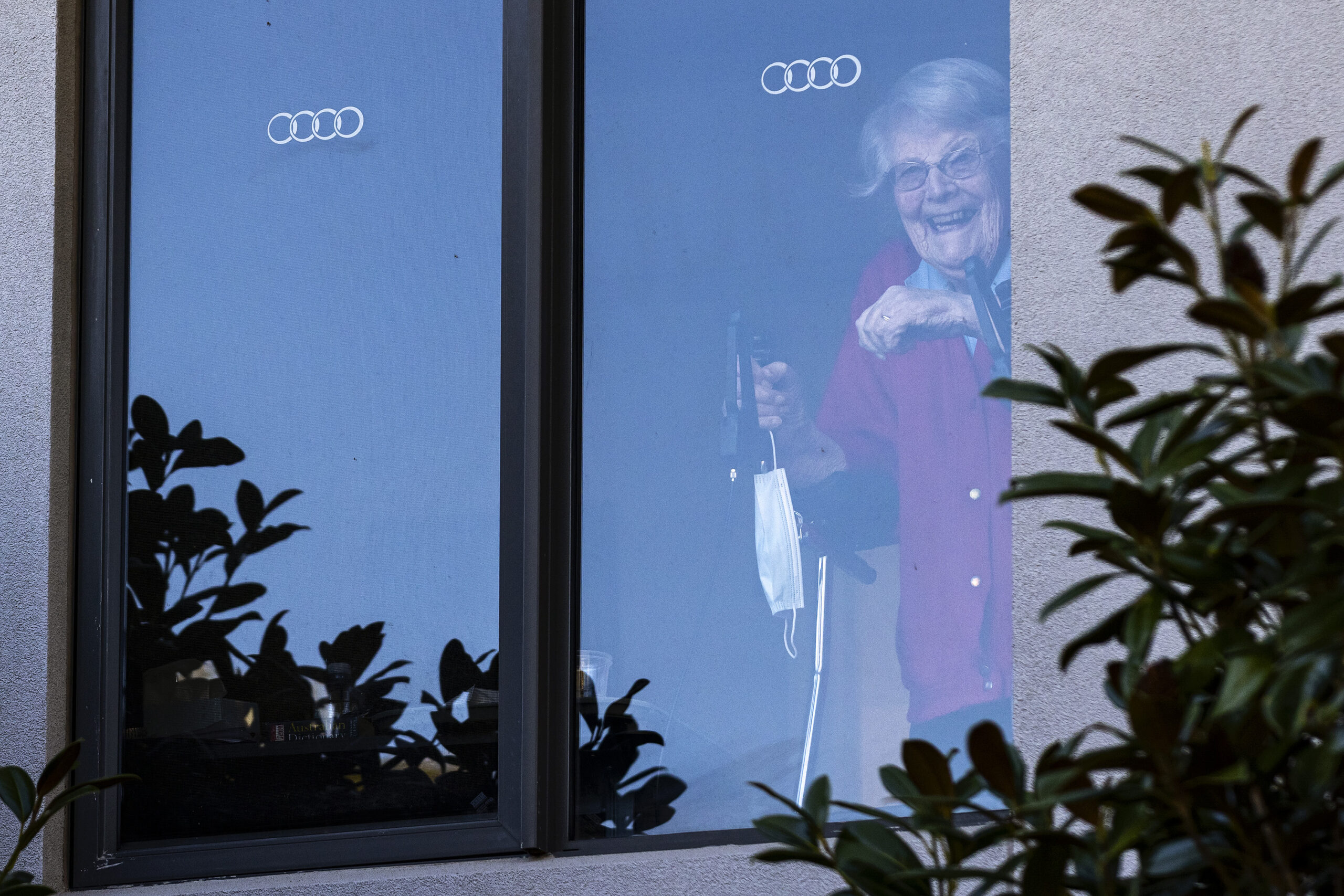 A resident at the Arcare Aged Care facility in Maidstone reacts to media from her window, in Melbourne, May 31, 2021. (Daniel Pockett/AAP Image)

Arcare Maidstone residents were locked down and placed into self-isolation on May 30 after a female healthcare worker at the facility tested positive.

The Altona woman worked at the site in the city’s northwest on May 26 and May 27 and may have been infectious at the time.

Arcare chief executive Colin Singh said no other staff members or residents had returned positive results but further testing was planned for June 1. 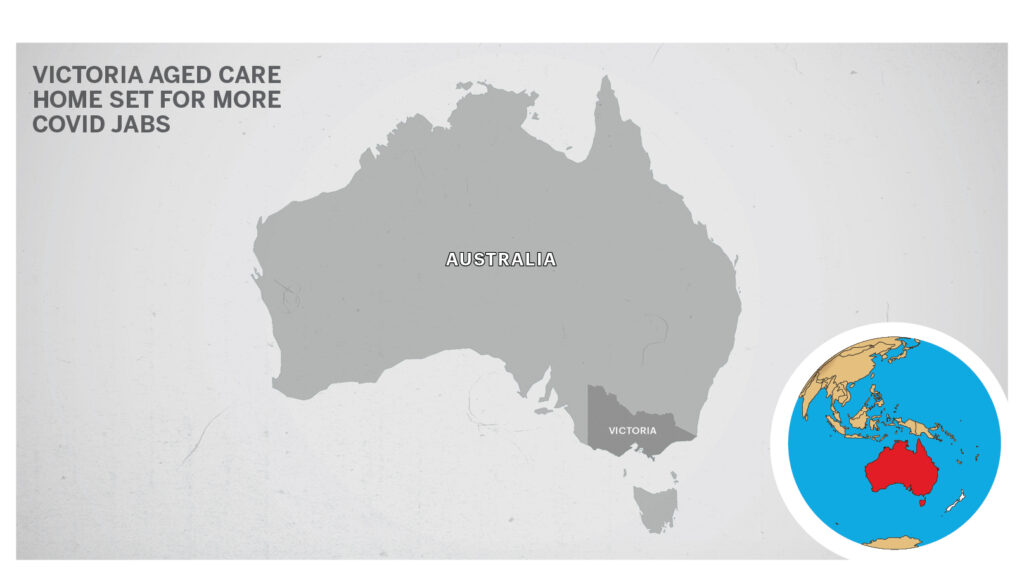 “We know this is an anxious time, but we ask that you please do not call asking for the results,” Singh wrote in a letter.

The Altona woman, one of five local cases reported on May 30, tested positive despite receiving her first coronavirus jab on May 12.

Only a third of Arcare Maidstone’s 110 staff and 53 of 76 residents have been vaccinated so far, and the federal government has brought forward scheduled vaccinations to May 31.

“We are encouraging all the residents and families of those who have not provided consent to reconsider,” federal Health Minister Greg Hunt informed reporters.

Hunt tweeted “The Australian Government is releasing an additional 130,000 vaccines to support Victoria to accelerate vaccinations in the state, including in the Whittlesea Local Government Area.”

“The hindsight of almost 2000 Victorian aged care residents contracting COVID-19, 655 resident deaths and more than 1600 aged care workers infected was not enough to motivate the Morrison government into urgent action,” she said.

The worker’s case is of “extreme concern” to Victorian health authorities as contact tracers are yet to link its transmission.

“We will get everybody focused on trying to identify where it has come from and any exposure she may have had,” Victoria’s Covid-19 Commander Jeroen Weimar said.

As Victoria’s list of exposure sites soared past 200, Acting Premier James Merlino said no decision has been made on whether the state’s seven-day lockdown will end on June 3 evening as planned.

“This is something that is evaluated every hour of every day,” he said.

Meanwhile, Victorian Treasurer Tim Pallas accused the federal government of failing to come to the aid of stood-down Victorian workers as he announced an AU$250 million ($193 million) business support package.