A chocolate frog that's closely related to the Australian green tree frog has been found in the fetid swamps of New Guinea.
By Tracey Ferrier May 31, 2021
Facebook
Twitter
Linkedin
Email 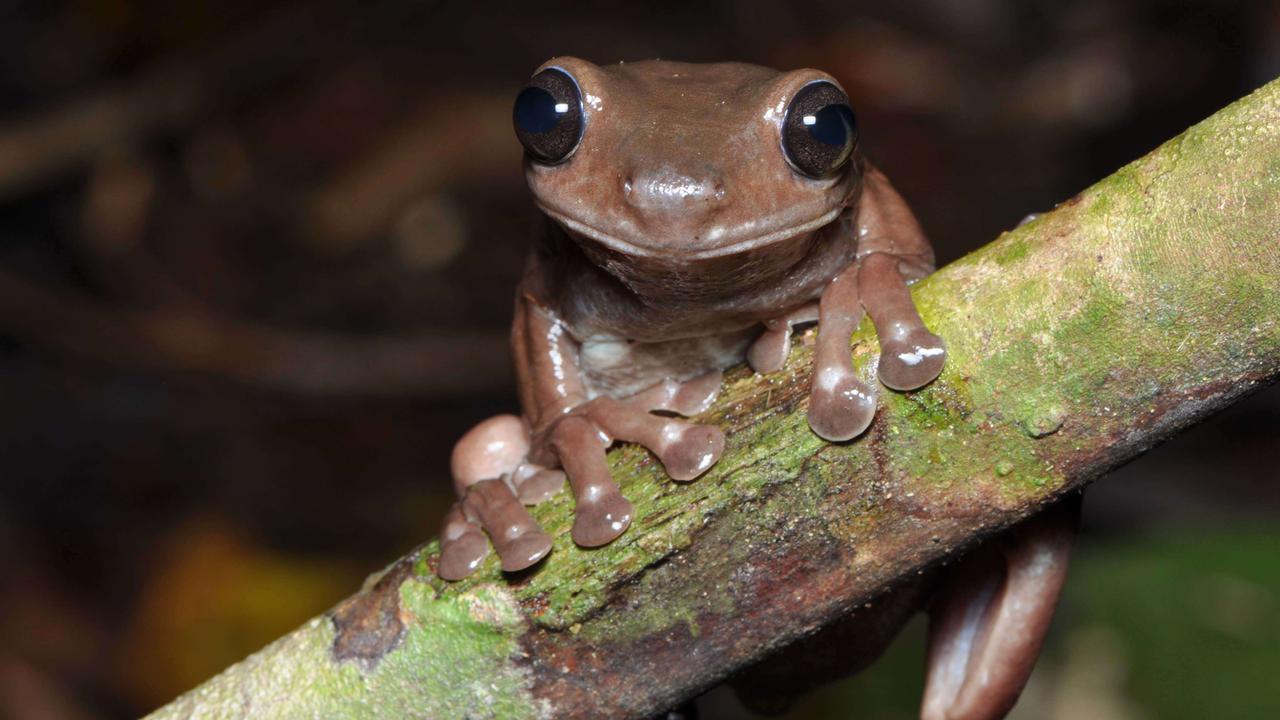 A chocolate frog closely related to the Australian green tree frog has been found in New Guinea. (AAP Image)

CANBERRA, Australia — Move over Freddo, the world has a new chocolate frog thanks in part to an Aussie scientist who braved the fetid rainforest swamps of New Guinea to catch some.

Steve Richards, from the South Australian Museum, distinctly remembers the day he first saw one in the flesh. In 2016, he was picking his way through the steamy, hostile terrain — one eye on the lookout for approaching crocodiles — when he spotted the cocoa-colored creature. But what he also managed to do was disturb an overhanging nest of giant hornets.

“I had to run flat out, trying to get away from these things, which was very difficult because of the water and knee-high mud,” the frog specialist said. “It’s a habitat that’s incredibly challenging to get into, and that could be why it took so long to find this frog.

“It’s swampy, it’s spiky, there are lots of malaria-carrying mozzies, it floods, there are crocodiles and not many roads. It’s a really unpleasant place to work.”

Despite the difficulties, Richards managed to bag some specimens. Now, after years of painstaking research and genetic analysis, he and his colleagues are able to say with surety that it is a new species.

To the untrained eye, Litoria Mira looks almost identical to the Australian green tree frog, but for its glossy brown skin.

In fact, it is the closest relative of the Australian green tree frog, which is found both here and in New Guinea — two landmasses that were once joined.

But genetic analysis shows the Litoria Mira has evolved to become genetically distinct to the point where the two species would not be able to breed.

Paul Oliver, from the Queensland Museum and Griffith University, was in charge of the genetic work.

One of the first questions he and his team had to answer was whether the chocolate frogs were Australian green tree frogs which, confusingly, can sometimes be brown and are known to live in New Guinea.

Upon close inspection, there were some other physical differences, including subtle patches of lavender behind the chocolate frog’s eyes. It is also a little smaller than the Australian green tree frog, at about 7-8cm when fully mature.

“We named the new frog Litoria Mira because the word Mira means surprised or strange in Latin,” Oliver said.

“It was a surprising discovery to find an overlooked relative of Australia’s well-known and common green tree frog living in the lowland rainforests of New Guinea.”

Richards is no stranger to discovering new frog species. So far he’s discovered a few in Australia and about 200 in New Guinea, which comprises Papua New Guinea and the Indonesian provinces of Papua and West Papua.

He says it’s sometimes obvious when something is new. But in the case of the chocolate frog, it was a long wait for the science to stack up.

He doesn’t think there’s much chance that chocolate frogs could be present in Australia because it lacks the “nasty” lowland swampy rainforests of New Guinea.

But given the historical interconnectedness, he adds: “Who knows maybe something like the chocolate frog will turn up.”

A research paper co-authored by Richards and Oliver has been published in the Australian Journal of Zoology.