Scott Morrison has revealed his wife Jenny took a bungee jump on a previous visit to Queenstown. 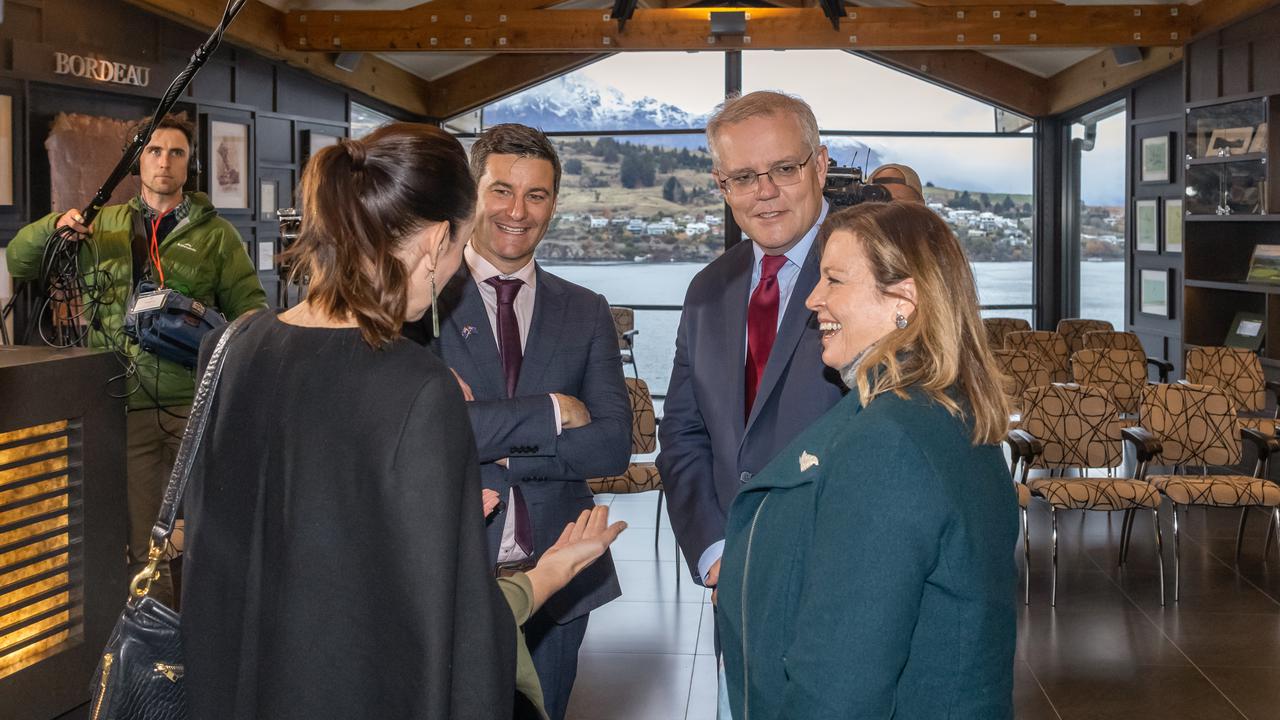 QUEENSTOWN, New Zealand — Australian Prime Minister Scott Morrison has opened up to a couple of Kiwi secrets after touching down in New Zealand.

Morrison is visiting Aotearoa on a 24-hour trip for the annual Australia-New Zealand Leaders Forum, alongside Jacinda Ardern.

Morrison is no stranger to New Zealand, which he refers to as Australia’s “family.”

The Liberal leader worked in New Zealand’s capital before he entered politics, spending two years in the Wellington bureaucracy heading up the Office of Tourism and Sport.

This is his third visit as prime minister.

The first was to Auckland for the same forum in February 2019, and the second was for the Christchurch Mosques terror attacks just weeks later.

This year’s talks are being held in Queenstown, where Morrison had previously holidayed with his wife, Jenny.

“The last time we were here, Jenny jumped off the bridge!” he told a business function, referring to the famous bungee jump at Kawarau Bridge. “She is more adventurous. She is the bungee jumper in our family. That was on a happier day in another time when Covid was not occurring, and we were here many years ago with some friends.”

Morrison also made a note of the fact his maternal grandfather was born some seven hours up the road, in Ashburton, just outside Christchurch.

Formal talks between Morrison and Ardern to take place on May 31.

As per reports by the Australian Government, Department of Foreign Affairs and Trade, Australia and New Zealand are natural allies with a strong trans-Tasman sense of family. Migration, trade and defense ties, keen competition on the sporting field, and strong people-to-people links have helped shape a close and cooperative relationship.

“It is estimated that around 670,000 New Zealand citizens live in Australia (close to 15 percent of New Zealand’s population), while there are around 70,000 Australians in New Zealand,” states the report.

“While New Zealand chose not to join the Australian federation in 1901, it maintains close political contact. At a government-to-government level, Australia’s relationship with New Zealand is the closest and most comprehensive of all our bilateral relationships.”

“We both prioritize long-standing collaboration with our Pacific island partners through Australia’s Pacific Step-up and New Zealand’s Pacific Reset policies,” states the report.

“Australia and New Zealand have a proud history of joint deployments dating back to the Australian and New Zealand Army Corps at Gallipoli. Our defense relationship remains as important as ever and includes recent operations in Timor-Leste, Solomon Islands, Iraq, and Afghanistan.”

Russian MLR Launches Volley Of Rockets Into Sky Over Ukraine