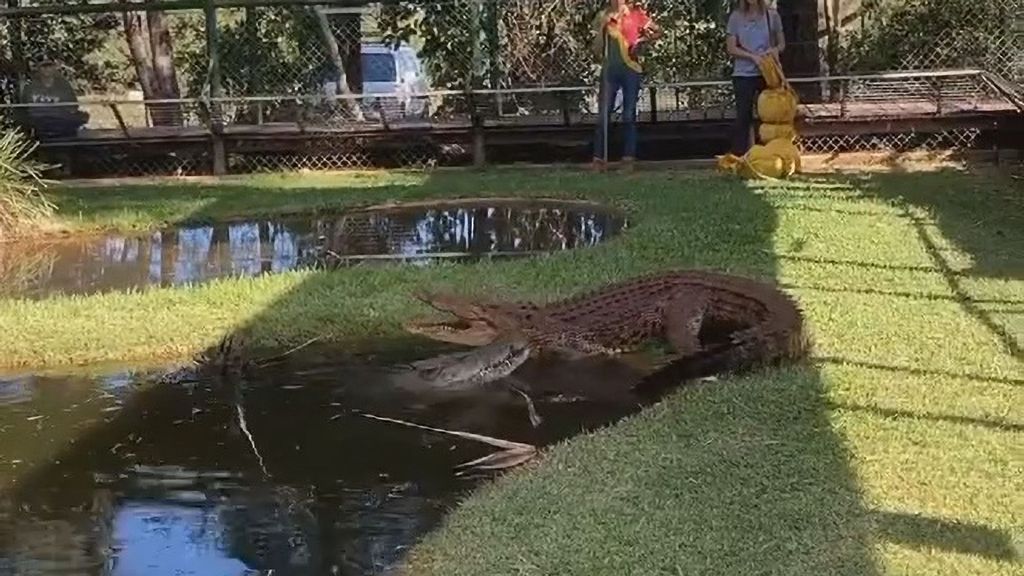 A male crocodile named Meunga gave a snappy welcome to resident female Alice at an Australian zoo after they had been kept apart for several months.

The introduction was filmed at Snakes Downunder Reptile Park and Zoo in Queensland, Australia, this week.

“Introducing saltwater crocodile Alice to new male Meunga for the first time. A bit more aggression from him than we had hoped, but things seem to have settled down,” the zoo posted on its Facebook page.

Zoo spokesman Ian Jenkins said the introduction was necessary after the unexpected loss of another male crocodile.

“Our previous male saltwater (estuarine) crocodile, Macca, unfortunately died from a long-term viral lung infection late last November,” the spokesman said Jenkins. “He had hidden this from us completely until the last eight days, when we could tell there was something not right.

“He finally crashed one afternoon. I ended up in the water with him to turn him the right way up and to hold his head out of the water, but he couldn’t be saved. It was a great shock to us and very sad. He had been with us for over 14 years, a part of our zoo family, and was the star of Snakes Downunder Reptile Park and Zoo.

“Steve Irwin’s Australia Zoo kindly donated (Meunga). We kept him separated by a double fence from our female, Alice, for five months, so they could get to know each other before we introduced them properly.

“We exhibit 20 species of snakes here,” he said. “All bar one are Australian.