High-tech icebox will allow interplanetary voyagers to have fresh foods on their missions.
By Peter Barker May 29, 2021
Facebook
Twitter
Linkedin
Email 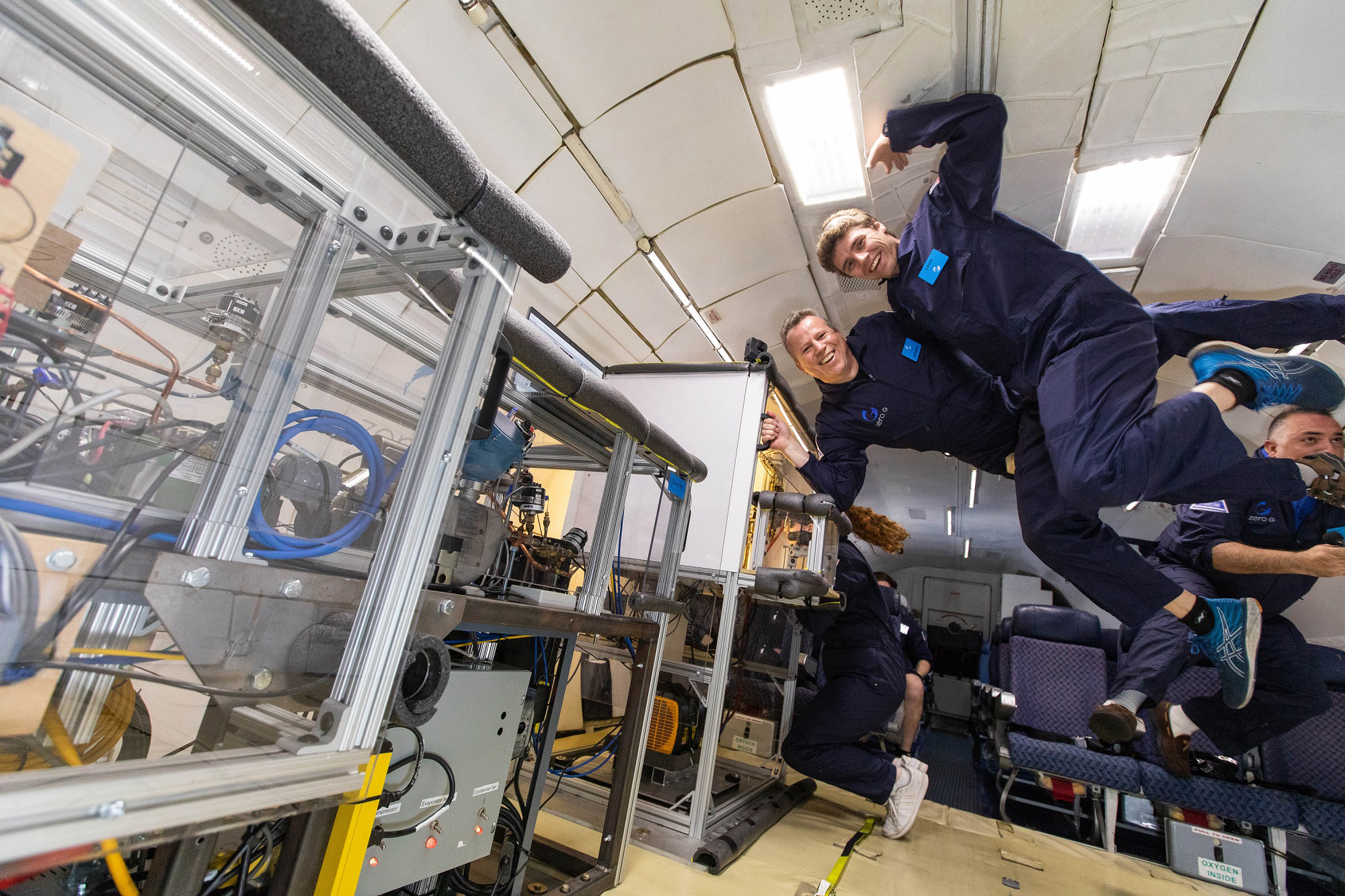 Engineers prepare to collect data from their experiments onboard a ZERO-G flight in West Lafayette, Indiana. (Stephen Boxall, ZERO-G/Zenger News).

A team of engineers has successfully tested a zero-gravity fridge for astronauts so that they can have better food while spending years traveling in space.

Refrigerators designed to operate on Earth won’t work in space because their cooling systems need gravity to function.

Without access to refrigeration, astronauts rely on canned and freeze-dried foods that typically have a shelf life of about three years.

Through experiments conducted in microgravity, the team of engineers “has shown that a prototype they developed could potentially overcome the challenges of getting a traditional fridge to work in space just as well as it does on Earth,” Purdue University said on its website.

The specially designed plane flew in microgravity 30 times for 20-second intervals during four flights, giving the engineers time to gather data on how their prototype functions in a zero-gravity environment.

The information netted during the flights, which simulated both Martian and lunar gravity, showed that the fridge worked just as well in zero gravity as it did in normal conditions, and no liquid from the device leaked during the flight.

“Our preliminary analysis clearly shows that our design allows gravity to have less impact on that cycle,” said Eckhard Groll, head of Purdue’s School of Mechanical Engineering.

The university posted that there have been previous attempts to design refrigeration devices for space missions, but “they either didn’t work very well or eventually broke down.”

The fridge uses a system similar to that of earthbound household devices but without relying on oil, which would preclude using it in zero gravity.

The prototype, which is about the size of a microwave, is designed to fit into special racks onboard the International Space Station.

“The fact that the refrigeration cycles operated continuously in microgravity during the tests without any apparent problems indicates that our design is a very good start,” said Leon Brendel, a Purdue postgraduate student in mechanical engineering.

“Our first impression is that microgravity does not alter the cycle in ways that we were not aware of when we tested the effects of gravity on the fridge design on the ground by rotating and inclining it.”

“Floating around with the experiments is kind of like swimming, except that you don’t have resistance around you, and you have to work to get the data at the same time,” Beck said.

In a similar vein, Brendel found the process of collecting information without his feet on the ground to be a bit tricky.

“Sometimes I was too slow,” he said, “but you learn as you go, and we successfully got the data we needed.”