Not Up Close, But Personal: Aerial Photographer Prefers Paraglider To Drone 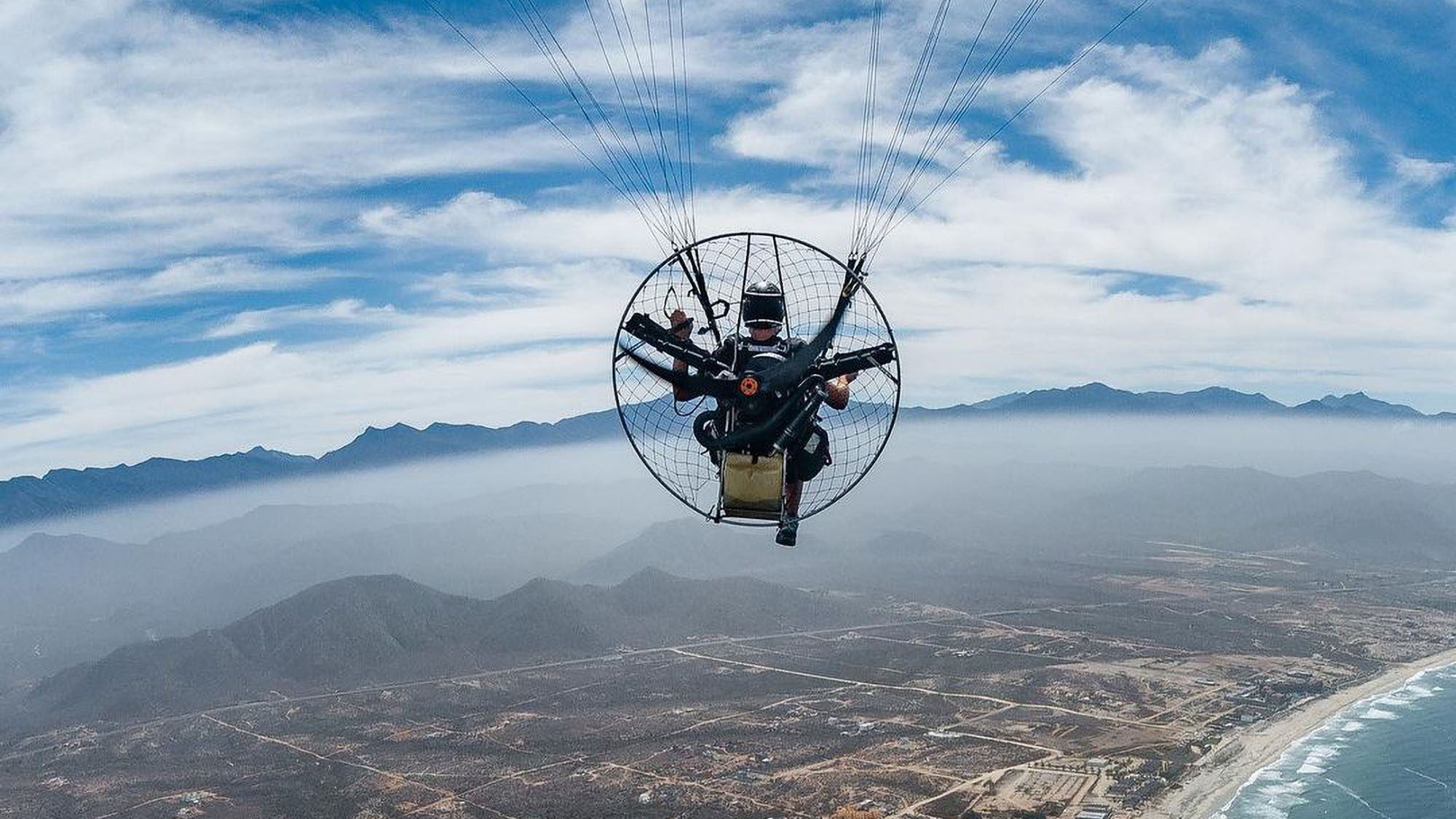 It’s an unprotected brush with the heavens by a photographer who works without a net. Video footage shows Joe Orsi flying over the Colorado River Delta in Mexico in his powered paraglider, as part of his mission to tell stories from the air in a more personal way, rather than using an “impersonal” drone.

His aerial photographs capture some of the most spectacular places in the world.

Orsi, who is from Kansas but lives in Mexico, said his goal with the paramotor, also known as a powered paraglider, is to “create storytelling aerial photography that promotes sustainable tourism in the developing world.”

“Relative to drone photography, where the photographer is separated from its subject by hundreds of feet of air and never personally sees what their camera sees, paramotor photography is highly personal. It tells a story about the great lengths the photographer goes to just to stare at their subject with their own eyes,” Orsi said.

“My favorite country in the world is Papua New Guinea. As far as I’m aware, there is nowhere as untouched. It’s hard to travel there, but it is rewarding. I also love Mexico’s Baja California Peninsula, which is where I learned to fly my paramotor. Baja’s marine life and landscapes never cease to amaze me.”

Orsi said the Colorado River Delta “is one of the most amazing places I’ve flown over. I’m not sure about the geology of the formations, but they are probably formed by a relatively small amount of water flowing across a nearly flat salt plane that gets almost no rain. Over time, erosion carved out the weird tree patterns, which barely changes from year to year.”

Orsi quit his day job and began traveling the world five years ago.

“As I traveled, I became interested in landscape photography, which eventually led to me buying a drone,” he said. “The drone was small enough to fit in my backpack. I became obsessed with flying it in remote places never been seen from the perspective of a drone.

“This led to me spending a lot of time in Papua New Guinea and Africa. After years of shooting with my drone, it started to feel formulaic and impersonal, so I began searching for a way to get in the air myself.”

Orsi started flying his paramotor a year and a half ago and said he has fallen in love with the sport.

“I’m hoping to continue traveling with my paramotor and maybe continue south into Central and South America once the borders open up.”