The 22-month-old enjoys playing in her enclosure and bonding with other baby chimps.
By Tijana Milikj May 28, 2021
Facebook
Twitter
Linkedin
Email 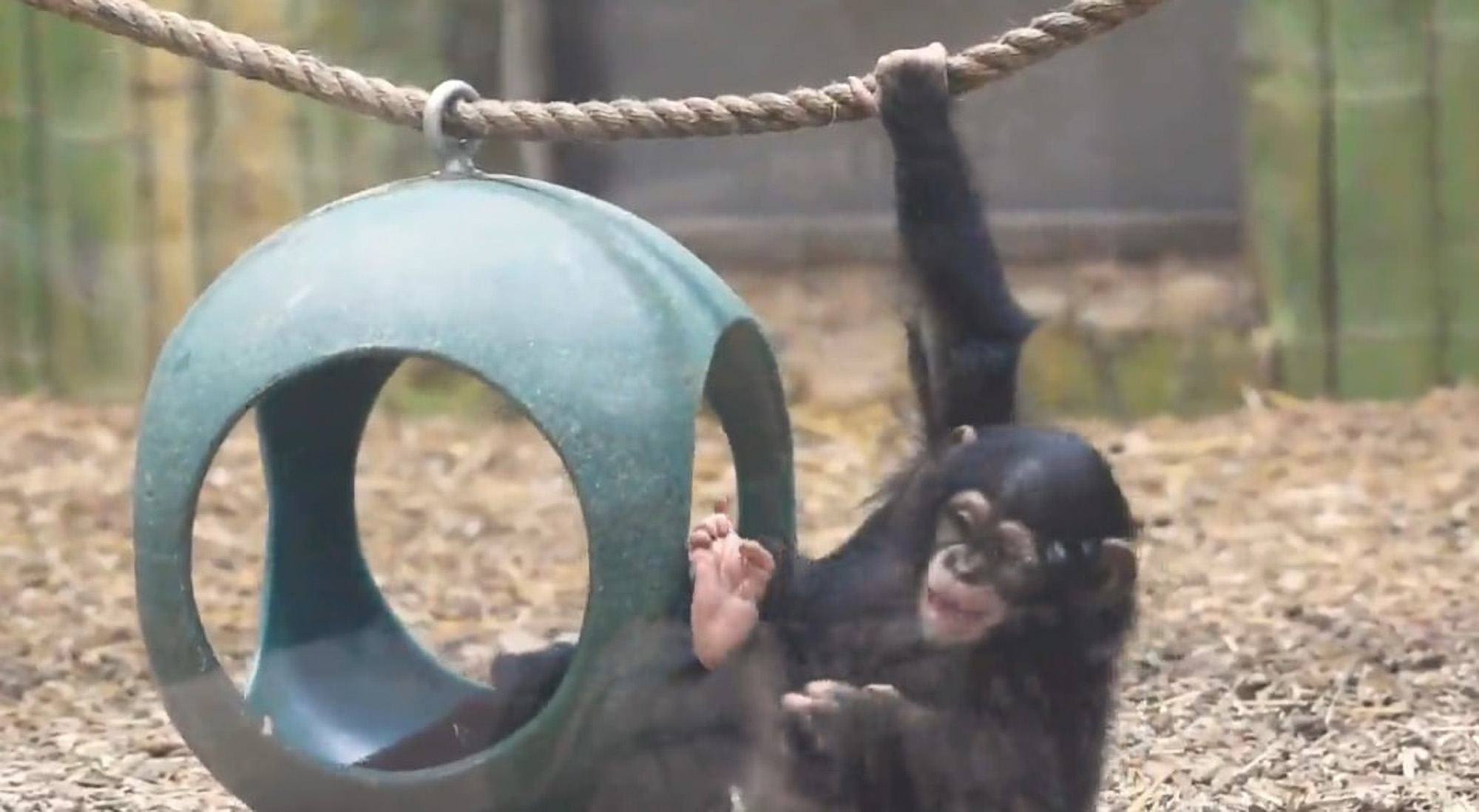 The baby chimpanzee plays with a ball at the Maryland Zoo in Baltimore on May 7. (Maryland Zoo/Zenger News)

The sight was captured at the Chimpanzee Forest habitat at the Maryland Zoo in Baltimore on May 22.

The video shows the eager chimpanzee focusing on the pink blanket hanging above her. Lola jumps and reaches for it, but can’t get it. After a few tries, she jumps off to play.

“Lola is a 22-months old chimpanzee born to parents Bunny and Jack,” a zoo spokesperson said.

The zoo also reports it has two other young chimpanzees: Violet, 17 months old, born to parents Raven and Louie, and Maisie, nine months old, who was hand-raised for a month at the Oklahoma City Zoo before coming to the Maryland Zoo.

When she arrived, she was hand-raised by the Chimp Forrest team. The goal was to introduce her to the troop and be raised by a surrogate mother chimpanzee.

Maisie has integrated well and is close to the other two chimp babies, according to the zoo.

Another zoo video shows the babies bonding while climbing on a rope and playing with a round swing.