Tusk Force: Zoo Elephants Protect Their Young When They Hear An Air-Raid Siren

Females encircle an anxious calf when they hear missiles exploding around a safari park.
By Abigail Klein Leichman May 28, 2021
Facebook
Twitter
Linkedin
Email 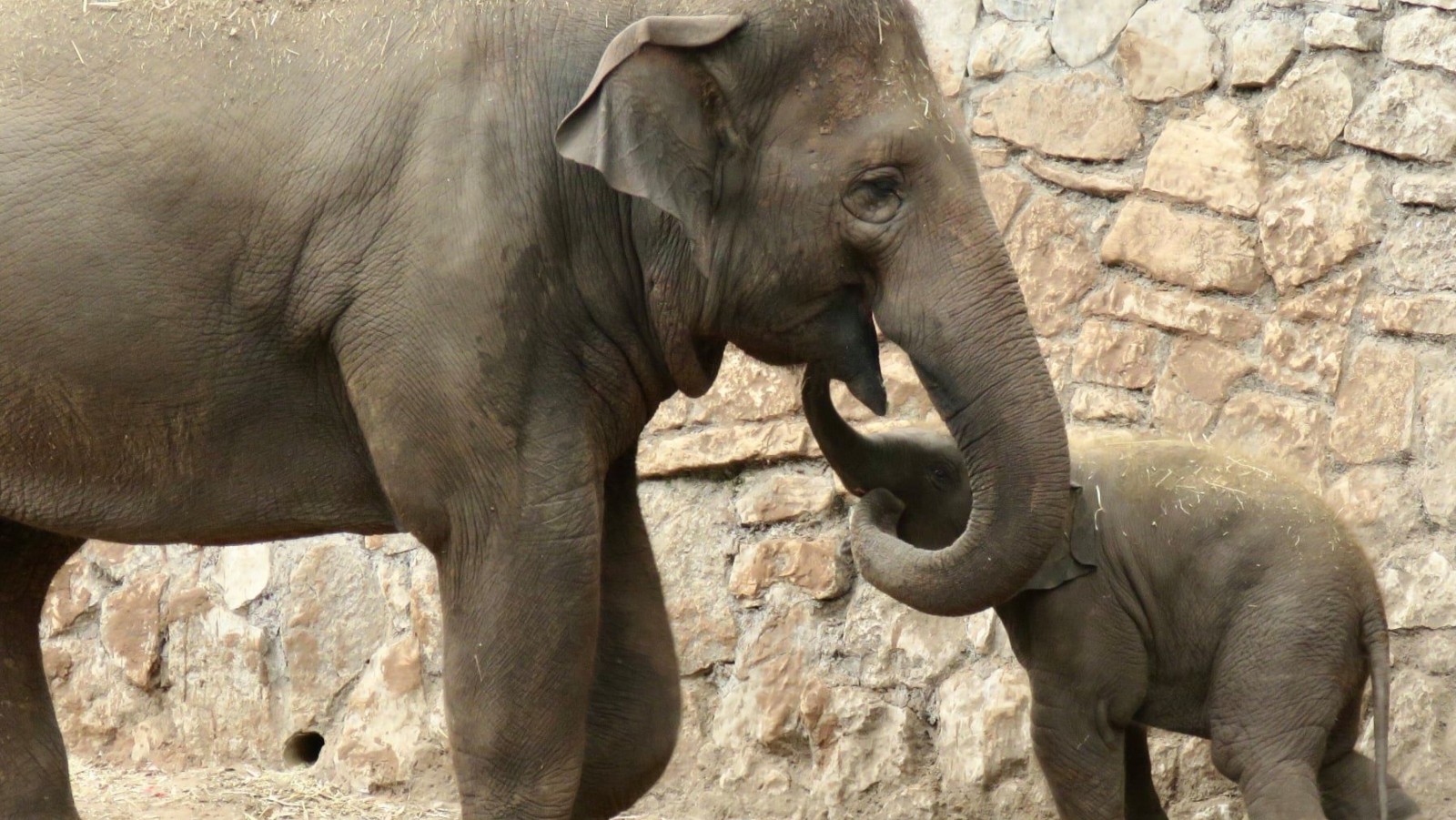 What happens when an air-raid siren begins to wail at the Ramat Gan Safari Park in Israel?

In a video taken by Michal Levi during the recent 11-day barrage of missiles launched at Israel from Gaza, five females from the zoo’s herd of Asian elephants are seen circling year-old male calf Pele (Hebrew for “Wonder”) to protect him.

“This behavior is very moving for us to see, but it is quite typical of elephants,” a Safari spokesperson said. “Elephants are animals that live together in a protective family.”

The Gaza Strip is about 58 miles (93 kilometers) from Ramat Gan.

Although the elephants were unharmed, a rocket shard that fell on the Safari Park on May 15 lodged in the spine of a black macaque, which underwent surgery at the Israeli Wildlife Hospital based at the park. She is now recovered.

Under the direction of head veterinarian Igal Horowitz, the hospital also is caring for animals from other parts of Israel that were wounded by the missiles and brought for treatment by the Israel Nature and Parks Authority.

One was a monk parrot that sustained wing fractures and a few burned feathers. Wildlife Veterinarian Ariella Rosenzweig provided pain medication, fluids, a splint and bandage. Now the parrot, named Rocky by the staff, is expected to make a full recovery.