Nigerian Refugee Turned Survival To Success As An Entrepreneur

Kingsley Kabari was a penniless teen when he arrived in America. Now he runs a growing health-and-wellness business. 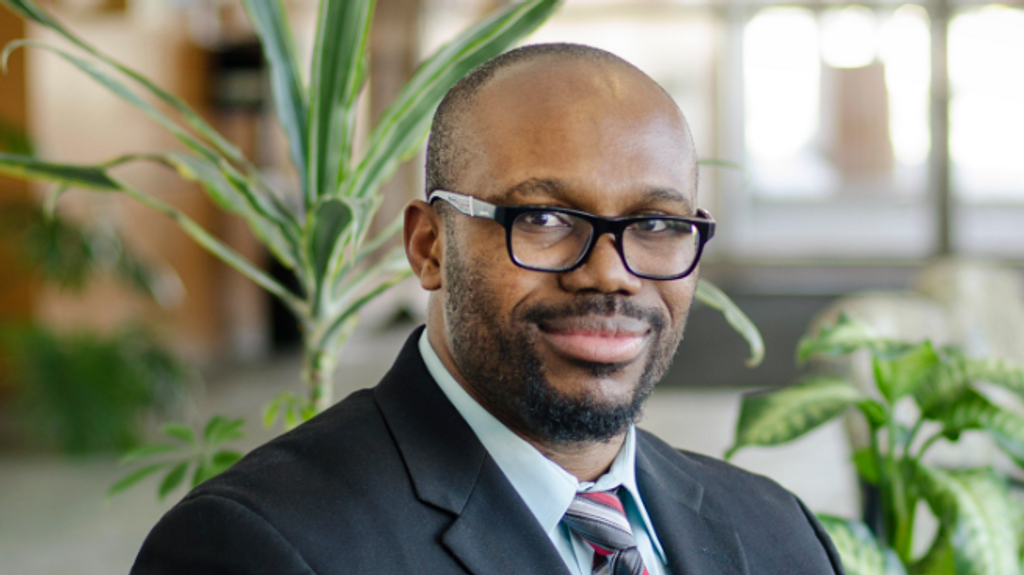 Kingsley Kabari is a successful entrepreneur and a happily married man living in Utica, New York. But he wasn’t always the head of a growing health and wellness company, or a chiropractor, or one of the most sought-after muscle-activation specialists in the northeast United States.

In fact, when he came to America a quarter-century ago, he was a penniless 15-year-old refugee who didn’t speak a word of English.

“Most of my childhood friends are dead,” said Kabari. “That changes your perspective. But it never caused me to doubt that God was watching over me, and it inspired me to work hard at everything I do — from learning English as a teenager to getting through college to running my own company.”

A childhood in Nigeria

Kabari was born in a small village to a small tribe in Nigeria called the Ogoni. Life in the village consisted of farming, hunting and fishing. Resources were scarce, especially for Kabari and his mother.

“I was raised by a single mother in a poor village in a male-dominated culture,” said Kabari. “I fixed and cleaned shoes and took whatever money the men in the village gave me. Some days, we didn’t eat.”

On some of those days without food, Kabari and his sister would grind hot pepper, add water, and drink it “to feel full for a while.”

His grandmother and grandfather were part of his life, at a farm 5 to 10 miles from his home. Kabari’s grandmother would often bring meals to her work at the farm; his grandfather was a wine tapper and fisherman.

Abject poverty forced Kabari to become an entrepreneur and businessman at just 10 years old. “I started a shoe repair business to support my mother. I also worked with local construction crews as a laborer to help them carry sand, clean up sites and run errands.”

Nigeria is notorious for government corruption. Kabari’s difficult circumstances were exacerbated by horrific economic and environmental conditions, owing in large part to the presence and practices of Shell oil company in Ogoniland. The Kabaris were forced to flee in the wake of political persecution of the Ogoni people, who had organized a campaign against the region’s devastation and their oppression by the military government.

Kabari became a refugee at 13.

“It took us over a year to go from Nigeria to New Hampshire,” said Kabari. “We ran through underbrush and survived by the skin of our teeth to get to the Republic of Benin, a neighboring nation.” There, the United Nations High Commission for Refugees provided Kabari and other refugees with some food and other resources, but Kabari and his family had to search through brush and in rivers and other areas to find enough to eat because “the food rations from the UNHCR were never enough to last the month.”

Camp life consisted of attending church services on Sundays, prayers at 5:30 a.m. during the week and playing soccer.

“Soccer was a big sport in camp. Since we didn’t speak the local language or have the necessary skills to integrate into the local community, we spent most of the time hanging inside the camp trying to come up with creative ways to survive and get along,” he said.

Adjusting to the U.S.

Coming to the America as a refugee was a colossal challenge. But becoming part of an English-speaking, white culture in New Hampshire was just as difficult for Kabari. Not yet the strong man he would become, he was often the target of bullying.

“I was beat up almost every day after school,” said Kabari. “Some of it was racism, but most of it was simply being different, having no friends and community, and not knowing the language.”

Yet Kabari knew  that being in the U.S. was another shot at life. He was enrolled in English as a Second Language classes and worked to support his family. He graduated high school with a 2.3 grade point average — too low for him to accomplish his goal of formal higher education. His artistic skills earned him enrollment at the Art Institute of Boston, but academic and financial struggles forced him to drop out after one semester.

Kabari, then 20, worked four jobs to keep food on the table. He loved fitness but could not afford a gym membership. Eventually he got a job at the Manchester Family YMCA for two hours a week, which he turned into 10 hours a week to avoid his struggles and troubles outside of the gym.

It was at the YMCA that Kabari met one of the most influential people in his life: Tom Lewry, CEO of Curbstone Financial Management Corp.

“Without Tom, I’m not sure where I’d be,” said Kabari. “He mentored me, treated me like a son and encouraged me to apply to Plymouth State University.”

Kabari, Lewry said in an email, “is a man who understands that love conquers all. When I met him, he was a pleasant, hard-working young man who would go out of his way to help others. These characteristics are why he became the youngest trainer ever hired at our very active YMCA location.”

Lewry said Kabari is “a member of my extended family,” and said that his own life “has been immensely enriched for having Kingsley in it. I am proud to have been a part of his life for two decades.”

Unfortunately, even Lewry’s mentorship and encouragement couldn’t overcome Kabari’s poor grade-point average. Plymouth State turned him down. With Lewry’s support and help, Kabari called the admissions office repeatedly to gain access. “I wanted to send them flowers so they’d see how serious I was, but I didn’t have the money. So I called and emailed every day.”

Kabari’s persistence paid off. He was granted conditional admission and placed in a bridge program. He was given one semester to earn a 2.75 grade-point average, which he accomplished with tutoring while still working 30 hours a week teaching fitness classes and doing personal training.

“At the end of that semester, [David McBride], the associate admissions director, asked me to lunch. I was sure that I was going to be kicked off campus,” said Kabari. “Instead, he started crying and told me, ‘This is the craziest situation I have ever been involved in. Giving you a chance at my old age is one of the best life decisions I have ever made. Congratulations — you made it, Kingsley.’”

McBride has since died, but helping people like Kingsley reach their potential “was what he lived for,” said Plymouth State’s Director of Alumni Relations Rodney Ekstrom. “I knew Kingsley as a student because my job at the time was to facilitate and assist students who had on-campus events. Kingsley regularly brought artists, poets and others to help PSU students understand where he came from and to raise money to help those still in the Niger Delta region. His success since leaving the university comes as no surprise.”

Kabari’s challenges didn’t end after he graduated from college. He went to Georgia to further his fitness career but struggled to find work and “felt so defeated that I tried to cry — but I couldn’t,” he said. Even then, Kabari said God was looking out for him: A fitness client allowed him to stay rent-free in a 160-square-foot apartment, where Kabari “made more money training clients than I had as a trainer at a modern, fully equipped gym.”

Kabari eventually attended the New York Chiropractic College in Seneca Falls and earned his Doctor of Chiropractic degree in 2015, and during this time met his wife, Dr. Alsia Kabari.

“I remember thinking on our second date that Kingsley was a special person,” she told Zenger News. “He was transparent, open and comfortable sharing his dreams and aspirations with me. I had never, and still haven’t, met anyone as driven and committed. His hard work, tenacity and decision to not let his past define him captivated and resonated with me.”

It was also during this time that he founded the Kabari Wellness Institute in Seneca Falls. That business has since evolved into a one-stop health and wellnessfacility, with chiropractic services, a gym with classes, and 13 businesses renting from the institute. The latter include psychotherapists, physical therapists and a medical spa run by Kabari’s wife.

Throughout all the ups and downs of his life, Kabari says he always felt God was looking out for him.