His holistic retreat offers wellness and nature activities and houses a sanctuary for an endangered forest pollinator.
By Abigail Klein Leichman May 28, 2021
Facebook
Twitter
Linkedin
Email 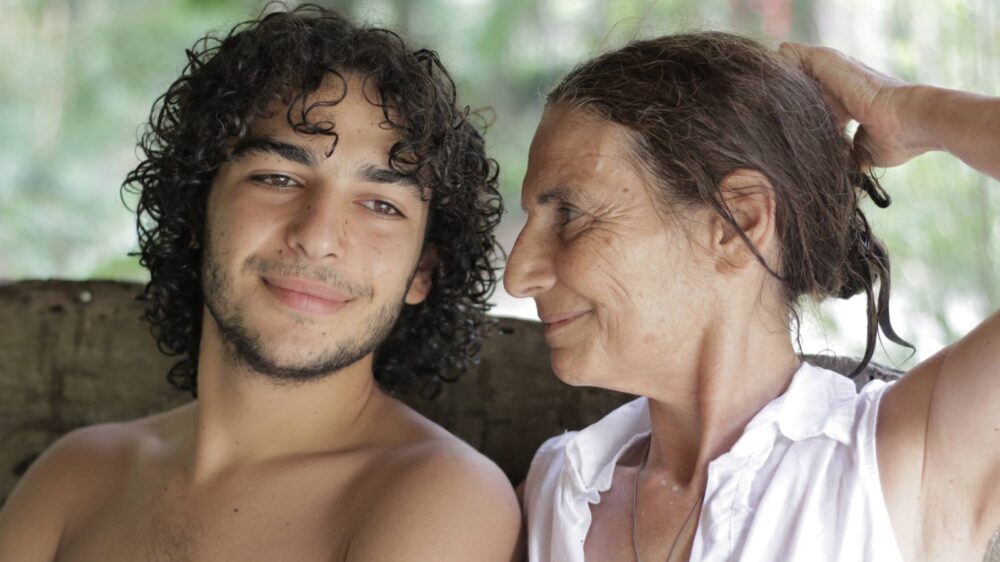 The vegan retreat also offers something unique: a getting-to-know-you session with native stingless bees that Sagi rescues from the deforestation devastating the Yucatán Peninsula.

On his 25th birthday in April, Sagi spoke more about his unusual story and mission.

“I grew up in Migdal in northern Israel near Tiberias. There were lots of animals around — horses, dogs, cats, chickens, rabbits, goats. But we moved to Italy when I was 12 to be near my mother’s family, and there we were in the city and I wasn’t around animals anymore,” Sagi said.

After five years in Italy, Sagi and his mom and sisters moved to California, where he finished high school. During a vacation to Mexico, he found his calling.

As a young woman, Abravanel had spent two years in Mexico, where she says she met a shaman with extraordinary powers. Later she traveled to India and learned Kabbalah, eventually becoming a teacher of Jewish mysticism.

When she brought her family to visit Mexico years later, they were fascinated to learn about the plight of Meliponini stingless bees from a local construction worker and bee rescuer, Efraín Cab.

About 500 Meliponini species help pollinate tropical and subtropical trees across the world. In the Yucatán, the prominent variety is Melipona beecheii. The ancient Mayans called it Xunan Kab, the Regal Lady Bee.

Meliponini bees live in hollow tree trunks and are severely endangered by deforestation fueled by the livestock industry.

“When you have 70 billion animals raised and killed for food each year, you need vast amounts of land to grow food for them,” said Sagi. “When you cut down trees to plant crops for livestock, you’re killing the bees that are the main pollinators of the tropical forest.

“Animal agriculture is the main problem of humanity right now. It’s not sustainable or ethical or necessary. It’s a cultural behavior that is hard to change, but it’s a decision that affects animals and all of humanity,” he said.

“The rate of deforestation is too high now, and it’s not good for the bees or for us. Without trees that are their main source of nutrition, we will lose stingless bees. And if we lose stingless bees, we are going to lose our forests.”

Trees are essential in stabilizing the global climate and water cycle. They fight erosion, provide raw materials for food and medicine, and house an estimated 80 percent of the world’s terrestrial plant and animal species, including the stingless bees that pollinate them.

Sagi and his mother agreed that their holistic retreat would include an educational sanctuary for stingless bees rescued from felled trees.

“Sometimes people in the city also have trees with stingless bees and I advise them to keep them where they are, but if they want them removed, we do that,” said Sagi.

“At first, we sponsored missions by Efraín Cab, who would bring us the bees. And then we started doing our own rescue missions when he taught us how. We check hollow logs, take the bees to our sanctuary and give them a forever home.”

Holistic Tikun (the second word of the name is Hebrew for “repair”) now harbors 24 rescued colonies and needs sponsors or other resources to increase the capacity.

“Now we are giving tours to people about stingless bees and explain the best way to help them is to just stop harming their habitat,” Sagi said.

“We don’t just show the bees, but also explain that we need to go to a plant-based diet to save them. We must lower production and grow organically.”

Although Meliponini honey is a rare and pricey delicacy with medicinal properties that were well known by the indigenous Maya civilization, neither Cab nor Sagi wishes to exploit their rescued bees for profit.

“This is about conservation and not honey production,” he said.

As a dedicated vegan, Sagi does not eat or serve bee honey. But as part of their encounter with the bees, guests at his retreat can get a taste of Meliponini honey, which has been described as “an explosion of acidity and sweetness, paired with an intense flowery fragrance.”

The bees are smart, Sagi said. They even recognize him. “There are experiments showing that bees have great memory and they can recognize faces.”

The Israeli Vegan Who Rescues Stingless Bees In Mexico appeared first on Israel21C.