Drug cartels seek to control several regions in Mexico and, therefore, threaten and exert violence over the candidates.
By Érika Flores May 28, 2021
Facebook
Twitter
Linkedin
Email 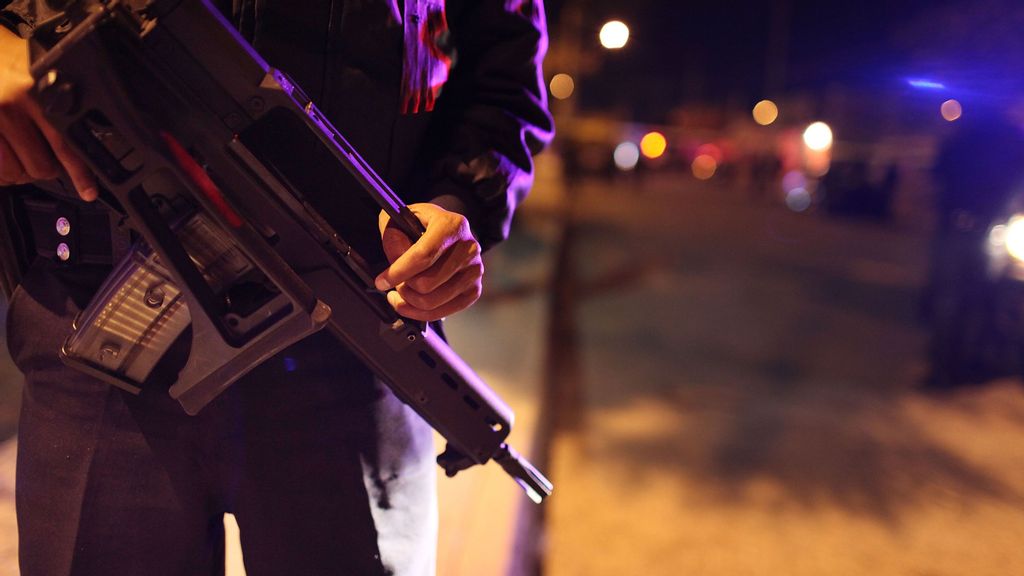 Mexican drug cartels have unleashed waves of violence in Mexico, including many attacks against politicians and candidates in a struggle to control various regions of the country. (Spencer Platt/Getty Images)

The international observers from The Delian Project have expressed growing concern about the interference of drug cartels in Mexico’s upcoming midterm elections June 6. They have reported an upward trend of crime against candidates and government officials.

The report delivered this week to the National Electoral Institute (Instituto Nacional Electoral, INE) says there is also an absence of government control in multiple regions of Mexico. According to the report, this demonstrates the presence of drug cartels ‘caciques’ (unofficial local leaders) in the government.

Experts in both the U.S. and Canada say what is happening in Mexico is not an isolated incident but something similar to what has happened in El Salvador, Guatemala and Colombia. They warned about the “buying and selling” of candidacies at the state and municipal level between the cartels and political institutions.

After conducting video interviews with electoral, security, and political personnel, the international observers concluded that political violence results mainly in the murder of political candidates in Mexico.

On May 25, the Citizen’s Movement Party (Movimiento Ciudadano, MC) candidate Alma Barragán was murdered while visiting residents of neighborhoods La Manguita, El Ombligo, and Pico de Pájaro as part of her political campaign to become the mayor of Moroleón, Guanajuato.

On May 13, the MC candidate for mayor of Cajeme, Sonora, was shot to death in a public square while distributing flyers.

A few days earlier, on May 9, Guillermo Valencia, candidate for mayor of Morelia for the Institutional Revolutionary Party (Partido Revolucionario Institucional, PRI), recounted how he was ambushed and shot while he was in his truck. On May 19, Jairo Hernández, the PRI candidate for mayor of Mariscala de Juárez, Oaxaca, was also the victim of a drive-by shooting. Although he came through unscathed, his daughter did not.

Armand Peschard-Sverdrup, international electoral observer and member of the Center for Strategic and International Studies in Washington, said that political-electoral violence is one of the most worrying challenges that Mexico faces. He says that it encompasses three situations: the purchase of candidacies, the cartels’ interference, and the absence of government control.

“I would also add that Mexico faces a weakening of their political parties. We did not mention it in the report because we find it obvious,” he said during the report presentation, which was carried out virtually.

Peschard-Sverdrup stressed that political violence during the electoral process does not necessarily end on election day, but rather crime seeks to infiltrate up to the moment the candidate takes office.

“In countries where there is organized crime that tries to influence the electoral process, the phenomenon does not limit itself to pre-electoral times. It continues to exist post-election, up to the moment of the inauguration of the winning candidate,” said Peschard-Sverdrup. He said this commonly occurs in Guatemala.

Jean-Pierre Kingsley, chairman of the Executive Advisory Committee for Dominion Voting Systems, pointed out that organized crime meddling in politics carries out a democracy-damaging message. “These criminals are saying to the Mexican people, ‘We don’t care about your electoral process. We don’t care about your basic rights,’ something totally unacceptable,” he said.

He added that, when the international observers asked the authorities of the Special Prosecutor’s Office for Electoral Crimes (Fiscalía Especializada en Delitos Electorales, FEDE), about the regions with the highest crime rates, it “did not answer the question, but said that it did know where they occurred and that they would do everything possible to safeguard those areas.”

So far, 80 candidates receive protection from state governments, 48 from the National Guard, and the rest from municipal forces.

Rodríguez also said they had received 398 complaints, of which men filed two-thirds, and women filed the rest. Of these, 187 received threats, 101 were assaulted, and 3 were killed.

Integralia Consultores published further data in this area. In its May report, they stated that since September 2020 — the beginning of the campaign — there have been 169 incidents of political violence; of these, 26 were against pre-candidates to public offices. March 2021 has been the most violent month so far.

The Etellek consulting firm’s report showed that, from September to April, 65 politicians were assassinated, of which a third were already candidates for public office. The consulting firm said the attacks happened in Veracruz, Chihuahua, Quintana Roo, Chiapas, Oaxaca, and Guanajuato, and that the PRI and National Regeneration Movement (Movimiento de Regeneración Nacional, Morena) parties had the highest number of victims.

The Progressive Social Networks party (Redes Sociales Progresistas, RSP) said that candidates had become victims of political violence in the state of Mexico. “From yelled insults, name-calling, and smear campaigns to direct assaults with deadly weapons, and kidnappings,” they said.

The group of international experts issued a warning about possible government attempts “trying to discredit electoral laws and institutions to satisfy their party’s interests.”

Regarding campaign funds, international observers reported that with the 7 billion pesos (about $350 million) allocated to financing parties, Mexico’s electoral institutions seek to close the doors to organized crime’s money.

“Obviously, one of the most immediate challenges is to strengthen the government’s control over the financing and public spending of candidates and parties. However, this had led to some parties and candidates to resort to irregular funding, such as using cash and false billing, which has made the work of the INE regarding political inspections difficult,” said the experts.

The observers’ concerns are not limited to violence but also budget cuts in local electoral bodies: 12 out of 15 states that will vote for a new governor during the upcoming elections have stated that economic difficulties “threaten the integrity of elections.”

The Delian Project reported on the budget cuts, which have a basis in President Lopez Obrador’s “austerity measures” policy. In the report, they noted that National Electoral Institute staff was cut by 5 percent, while the Local Electoral Public Bodies (Organismos Públicos Locales Electorales, OPLE) are going through a dire situation, and “there are concerns that this could threaten the integrity of the electoral process.”

The report also notes that, based on collected information, the electoral institutions are under additional pressure from the political parties. “For this purpose, they [political parties] push electoral laws to their absolute limit and, sometimes, transgress them.”

(Translated and edited by Mario Vázquez. Edited by Melanie Slone and Kristen Butler)

«Previous Post
Juan Pablo Raba Co-Stars In A Film With A Border Theme »Next Post
Adapt To The Digital World Or Die, Says The Hispanic Chamber Of Ecommerce