Vaccine Tourism: Between Opportunity And Inequality

Wealthy Mexicans travel to the U.S. to get the COVID-19 vaccine, given the lag in their country’s immunization program.
By Luz Carmen Meraz May 27, 2021
Facebook
Twitter
Linkedin
Email 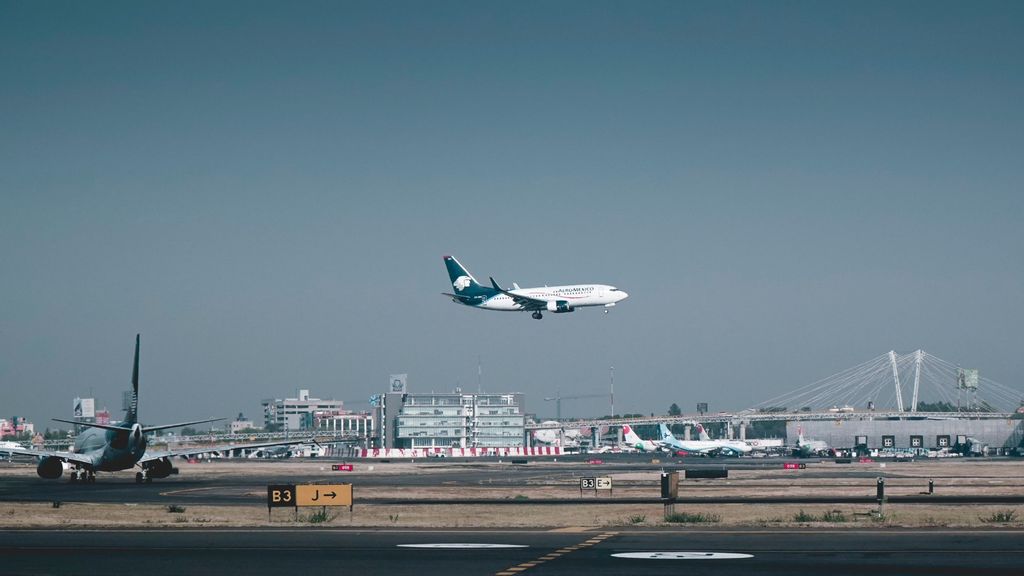 Many Mexicans are traveling to the United States to get vaccinated. Vaccine availability, trust or the opportunity to choose the immunization they want are their main reasons. (Eduardo Cano/Unsplash)

Why are Mexicans traveling to the United States to get vaccinated? For many reasons. Vaccines are more widely accessible in America, so people do not have to wait months to receive their shots. People can choose the pharmacy that suits them best (or the one they trust) and they can even visit tourist sites or go shopping.

“I decided to travel because I was not sure when I was going to get the vaccine in my country. I didn’t want to wait who knows for how long to get it,” said Gabriela Estrada Díaz, from Mexico City.

Verónica Torres, also from the capital, made the trip for different reasons. “I can choose the vaccine that I want, for example, Johnson & Johnson or Pfizer. It’s not that ‘you got CanSino or Sputnik.’ You are paying for the trip, but you are sure that they will give you the vaccine of your choice. The trip also provides an opportunity to vaccinate teenagers. We don’t know when vaccines will be available for them [in Mexico].”

María Muriel Valencia traveled to the United States because she will pursue a master’s degree in England, and she did not want to risk not being immunized: “I don’t know when it will be my turn.”

Claudia Ugalde Espinoza’s case is similar: “I think my sister and I would have to wait too long to get the vaccine in Mexico,” she said.

Four in 10 Mexicans know someone who got the vaccine in the U.S.

The 66th installment of the Coronavirus Survey, conducted by the consulting firm Mitofsy in Mexico, reports that at least four out of 10 interviewees know a Mexican who received the COVID-19 vaccine in America.

The remarkable progress that the United States has made to immunize its population and the willingness of certain states to vaccinate tourists has encouraged hundreds of wealthy Mexicans to make the trip.

The picture now is very different from that of January, when TV host Juan José Origel got vaccinated in Miami. Back then, rumors arose that security at the country’s ports of entry would increase and that the tourist visa for vaccine tourists would be canceled. At the beginning of the year, some states restricted the vaccine to residents.

Alaska’s Governor Mike J. Dunleavy announced on April 16 that any tourist visiting the state throughout the summer could receive a free vaccine in any of its airports.

I’m announcing today that any tourist coming into Alaska this summer at our major airports will be able to get a #CovidVaccine free of charge. #akgov #Alaska #COVID19

According to Mitofsky’s report, 29.5 percent of those who claim having been immunized in the United States are legal residents; 8.3 percent are undocumented residents; 22.1 percent live in Mexico but traveled to an American city to receive the vaccine, and the remaining 40.1 percent do not know.

Another survey carried out by the same firm found that most interviewees would prefer the Pfizer vaccine if they were allowed to choose.

At least 400,000 Mexicans have traveled to the United States to get the COVID-19 vaccine so far. By October, the figure could reach a million. If the border were opened for that purpose, the number would triple, according to Latin American Culture and Tourism Association figures.

According to Eduardo Paniagua, the President of the Mexican Association of Travel Agencies, the recovery of international travel from Mexico is due to vaccine tourism. Data from the association indicates that sales of travel packages to the United States grew between 60 and 70 percent, compared to 2020, although they are still 39 percent below 2019.

At first, Mexicans who were U.S. legal residents traveled to America. Then there was a strong demand among people from 50 to 59 when vaccination in Mexico focused on seniors over 60. Today, that sector has declined, but young couples, professionals in their thirties and families with teenagers are rebounding.

“The plane I was traveling in was full of Mexicans. We all had the same profile, people in their fifties who had not yet received the vaccine and families with teenagers. There were no children, but young adults,” said Estrada Díaz.

She was surprised at the port of entry. “Another thing that struck me is that the immigration officer was totally open [about the topic]. He asked us, ‘Are you coming to get vaccinated? Come in; it’s not forbidden.’ It was acceptable to say that you were going to get vaccinated. No one there said you shouldn’t.”

Estrada Díaz lived through a similar story when getting the shot. “They didn’t ask us anything at the pharmacy either, not even for an ID card. We only had the appointment, and that was it.”

How much does a trip to get vaccinated cost?

Taking the trip to get vaccinated involves expenses that few Mexicans can afford and vary depending on each person’s needs. Some things to consider are:

“I don’t have anyone to stay with there,” said Estrada Díaz. “We had to pay for a hotel and rent a car. I went with my husband, my sister and a niece, and each one spent a little less than $500.”

“In our case, we got the hotel out with points [a reward system managed by credit cards or airlines]. We spent $1,000 on plane tickets, but we have to pay for the car, the food … We are a family of four, and I think we are going to spend no less than $1,750 plus the shopping,” said Torres.

Ugalde Espinoza bought last-minute plane tickets, which raised the cost: “We paid $2,260 to fly my mother, my sister and me up. We still have to add the cost of hotel, transportation, food and everything else.”

Muriel Valencia will reduce expenses staying with her relatives in Texas: “The flight cost me $300. I have an uncle living in Houston, so I’m going to stay with him, but I’m just going to rent a car.”

The race for vaccine tourism

In January, Cuba was the first country to openly announce that it would allow the vaccination of tourists in its territory, applying Sovereign 2, a vaccine in phase three of testing. However, this was a hypothetical invitation, as no regulatory body has approved this vaccine yet.

In Europe, travel agencies sell packages with vaccines included. For example, World Visitor offers a trip to Russia and Turkey for $1,740.00, which includes immunization in Moscow airport’s health center. Tourists are legally vaccinated at the trip connection with Sputnik V, the Russian vaccine. Getting Sputnik V means visiting the country twice in a month to receive the second dose. However, Russians recently registered the Sputnik Light, a single-dose vaccine.

The trip to Russia is a long journey with high-cost accommodation. For example, a single trip from Mexico City costs between $1,300 and $1,600.

That option may be viable for Europeans, but the best alternative for Mexicans is the United States, especially in the border states.

It is a possibility, but not for everyone

The government of Laredo, Texas, made an open call for Mexicans to get the shot for free. Like the rest of the states, it is necessary to register on the health department’s website and make an appointment. The three available vaccines are Moderna, Pfizer/BioNTech, and Johnson & Johnson. Teenagers over 12 can be vaccinated.

But while some Mexicans may sneak out to get the vaccine sooner, most have no choice.

“We had the opportunity to travel, but many of my relatives do not have that possibility. So they have no choice but to wait,” Torres said.

Estrada points to the problem. “The inequality that exists in Mexico is very sad. Many people do not have access to health, safety and many other things.”

“It makes me angry that many people do not have the opportunity to go to the United States to get vaccinated because I think it should be the government’s responsibility that the vaccine is accessible to all Mexicans,” said Ugalde Espinoza.

Muriel Valencia holds the Mexican government responsible, too. “It is very frustrating that you cannot trust the government and do not know if you are going to have a chance to receive the vaccine and if it will have any restriction due to political issues.”

Many Mexicans cannot get a tourist visa, pay for a trip or travel easily, and they have to be vaccinated according to the Mexican government’s plan.

Mexico has administered 26.4 million vaccine doses to 18.1 million people. Although it was one of the first countries to access a vaccine, its vaccination plan lagged in January and February, when it did not receive vaccines. However, since February, it has constantly been receiving vaccines. Finally, after applying the doses to seniors and health personnel, immunizing adults between 50 and 59 and school personnel was possible.

A third vaccination stage will start in July if there are no further delays. It will cover adults between 40 and 49, according to President Andrés Manuel López Obrador.