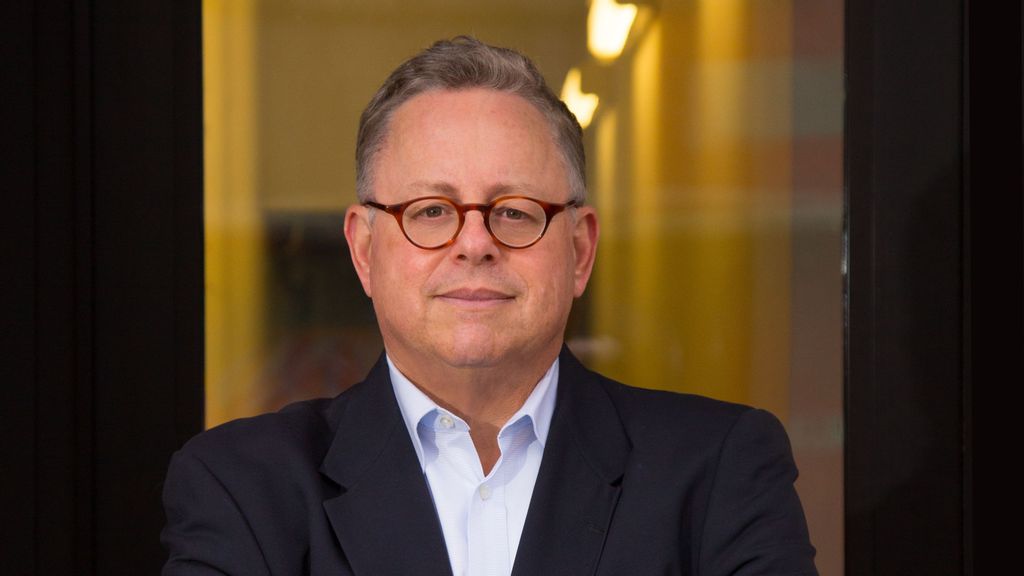 Jeffrey Korzenik, author of “Untapped Talent: How Second-Chance Hiring Works for Your Business and the Community.” (Courtesy of Jeffrey D. Korzenik)

In May 2012, Colin Slaven was in what he called “the worst time of my life” after he pleaded guilty to conspiracy to commit bank fraud for his part in an $800,000 auto loan scheme. About six months into his 21-month sentence, British-born Slaven found himself flailing in a South Carolina federal correctional facility that was as alien to him as the dark side of the moon.

Then, he had a revelation.

“God put me here for a reason, and it gave me a lot of time to reflect,” he said. “I didn’t even know what recidivism meant. So I started talking to inmates about their circumstances and listening to what brought them to this chapter in their lives. I found that with a felony conviction, you’re never given a chance. There’s a stigma. When you have a felony, people judge you, but you can’t find employment. I don’t condone crime, but when you’re in survival mode, you may find yourself in a situation where you get busted again.”

In “Untapped Talent: How Second-Chance Hiring Works for Your Business and the Community,” Jeffrey Korzenik implores business leaders to consider hiring ex-offenders as a counterweight to the sparse labor markets of recent years.

“The tight labor markets of 2018 and 2019 were a wake-up call that businesses should not take an abundant labor force for granted,” he said. “Part of that dynamic is demographic: Roughly 10,000 baby boomers will retire each day over the next decade, and with the millennial generation largely in the workforce, there’s not a next big wave of home-grown workers.”

Like Slaven, Korzenik points to recidivism as a challenge to opportunities for ex-offenders, particularly in the African American community, where one in three men has a felony conviction.

“The pervasiveness of incarceration and subsequent joblessness has robbed these communities of role models, mentors and the intergenerational transmission of skills needed to be a viable employee, so too many young people become involved in the justice system and repeat the cycle over again,” he said. “I see second-chance employment as the critical path to breaking this terrible cycle.”

Korzenik writes in his book that “the potential for any nation’s economy to grow boils down to two factors: 1) how fast it can grow its employed labor force, and 2) how quickly it can grow the productivity of its workers. The product of this sum is the long-term growth potential.” His second-chance hiring model aligns with these factors.

“The concept is very simple, requiring two processes, one that can identify the people determined to rebuild their lives and the second, which provides them the support to thrive as employees,” he said. “In practice, this means employers must invest time in building partnerships with nonprofits, specialized temp staffing or transitional employment organizations and government agencies to build the right pipeline.”

The investment in second-chance hiring varies according to employers’ individual approach to tackling their labor needs.

“There is absolutely an investment of time, and often there is a financial investment as well,” Korzenik said. “What’s unusual about seeking this talent pool is how many outside resources are available to the second-chance employers —nonprofit service providers, tax credits, government agencies.

“Each employer has to calibrate the program to their needs and resources. A no-cost program that focuses on people who have already rebuilt their lives will yield some previously overlooked talent. On the other extreme, looking at people immediately exiting incarceration will yield more candidates, but will also require the employer to invest more in accommodations and services. Employers need to understand the trade-offs and be very intentional in their process.”

Building a best-in-class hiring program for ex-offenders is not an easy task. Korzenik devotes an entire chapter on how one Ohio-based company, through trial and error, created its “Fair Chance” initiative.

Manufacturing firm JBM Packaging has operated outside of Cincinnati, in Lebanon, Ohio, since it opened in 1985. Although JBM is close to the Cincinnati labor market, the company went through a seven-year stretch where qualified labor was hard to find, particularly among those workers without a car. Attempts to woo area high school students and seasoned workers fell flat, forcing the company to hire expensive, but not always productive temp-to-hire employees.

“Some leaders have built companies from the ground up as second-chance employers,” Korzenik writes in the book. “That is not the case with JBM. By all appearances, [Chief Executive Officer] Marcus Sheanshang came to second-chance hiring as an ordinary businessman with an ordinary business problem. But with Sheanshang’s leadership, the way this initiative changed the company and the lives of its employees was extraordinary.”

After learning of the second-chance hiring concept from church members, Sheanshang took the idea to his executive team, who roundly criticized it over issues of safety and performance.

“Fair Chance is a tenet of what we’re trying to do as a company,” said Sheanshang. “Not everyone loves it, but they’re behind it and support it because it’s important.”

“These concerns really speak to the necessity of having a process for selecting the right person for employment,” said Korzenik. “With a pool of 19 million Americans with felony convictions, it is ridiculous to say that all of them are unsuitable. There are screening processes that can be very effective.”

To make its employees feel safe, JBM limits its second-chance hiring to those convicted of minor offenses. Since it works with prisons and halfway houses, JBM is aware of candidates’ criminal history and conducts background checks before the candidates’ release date. Drug screenings, manufacturing aptitude tests and a screen for workplace fit round out the process.

“Many of these same sources of talent referrals can also provide support services, but ultimately the employer has to be sufficiently involved to make sure their workforce can access internal and external resources,” said Korzenik. “One of [JBM’s] best investments was hiring a life coach, who helps all of the company’s employees access helpful programs, subsidizing purchases of vehicles or other transportation needs, for example.”

Despite the early bumps in launching the program, JBM’s Fair Chance employees now comprise 35 of the company’s 150-person workforce.

Allies in the fight for second-chance hiring

While in prison, Slaven said his spiritual epiphany led him to draft a business plan for what is now the Second-Chance Job Center, a Charleston, South Carolina-area-based nonprofit that trains ex-offenders and others in a variety of job-related skills. Though the program is primarily focused on the state of South Carolina, Slaven said he hopes to expand soon into parts of Georgia and Florida, and eventually nationwide.

“We need to create the next generation of a skilled workforce,” he said.

In a similar vein, the Manufacturing Institute and the Charles Koch Institute recently announced a partnership to expand second-chance hiring opportunities in the manufacturing industry.

“I agree with [the premise of Jeff’s book],” said Carolyn Lee, the manufacturing institute’s executive director. “When you look at the number of people, I think one out of three have some sort of record that removes them from the workforce. And, when you look at the 700,000 open manufacturing jobs, according to the Bureau of Labor Statistics, it’s a bit of a no-brainer.”

The partnership includes a grant from the Koch institute to host a series of educational events where businesses and employers can learn best practices in second-chance hiring. The Manufacturing Institute has scheduled a webinar on the topic on June 10.

Businesses that do not embrace second-chance hiring are making a big mistake, Korzenik contends.

“At the micro level, the failure to attract good employees means you can’t grow or perhaps can’t even service your existing customer, putting the business at a huge competitive disadvantage,” he said. “The macro level is just based on the numbers. Even if you don’t account for the potential costs savings in the criminal justice system, just the potential improvement in employment outcomes for just part of the justice-impacted population adds up to hundreds of billions of dollars.”

Adopting second-chance hiring also has an impact on a company’s social brand in the marketplace.

“Americans are increasingly questioning whether the free enterprise system can deliver the kind of society we want,” Korzenik said. “Businesses need to show that they can contribute to solving important societal issues. It’s hard to imagine anything more beneficial than second-chance hiring and its intergenerational benefits to families and communities.”