Israeli Electric Car Motor Is The Size Of A Smartphone 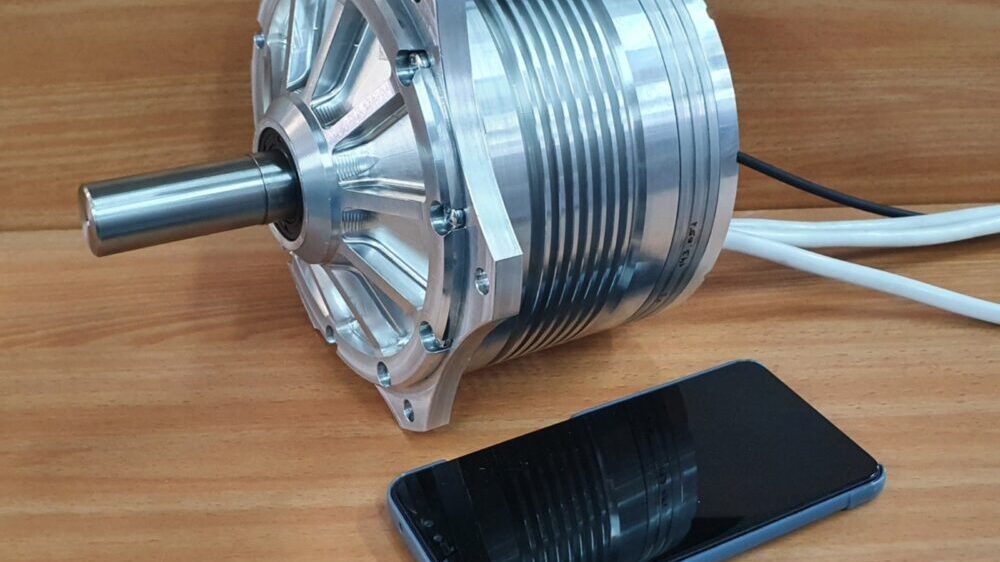 This EVR Motors prototype is about the length of a smartphone. (Courtesy of EVR Motors)

The successful adoption of electric vehicles depends on attractive pricing, batteries with a long range and lightweight motors and parts. Israeli companies like StoreDot are working on better batteries, while REE has developed an all-in-one “skateboard” chassis.

Now, EVR Motors has announced a new electric motor that is less than half the size of existing models — about the length of a smartphone.

EVR’s motor is based on a topology it calls TSRF, or Trapezoidal Stator Radial Flux. It is designed to replace RFPM (radial flux permanent magnet) motors with similar power. The company has developed a prototype and plans to release a production-ready motor later this year.

Electric motors have “remained much the same for the last several decades,” said Opher Doron, CEO of EVR Motors. The company’s new motors are “small, lightweight [and] will provide vehicle manufacturers with improved performance while increasing installation flexibility and reducing costs.”

EVR says its motors can be tailored to work with all manner of electric vehicles, from two-wheelers to trucks, and from 100 percent battery electric vehicles (BEVs) to hybrid cars. Charging can be done from outlets with voltage ranging from 48 volts to 800 volts (the latter can charge the battery much faster).

There’s still more testing to be done: The current prototype is an air-cooled motor weighing about 20 pounds (9 kilograms). Newer versions of the motor will be tested with different voltages, with liquid cooling and for use with Ferrite magnets. Larger motors for commercial vehicles are also under development.

Based in Petah Tikva, EVR Motors has raised seed funding of $5.5 million since its founding in 2012, including from Marius Nacht (a co-founder of Israeli cybersecurity firm Check Point), Teramips Technologies and the Israel Innovation Authority.

The post “Israeli Electric Car Motor Is The Size Of A Smartphone” originally appeared on Israel21C.