This was the second cyclone in less than two weeks after Tauktae wreaked havoc on the western coast. 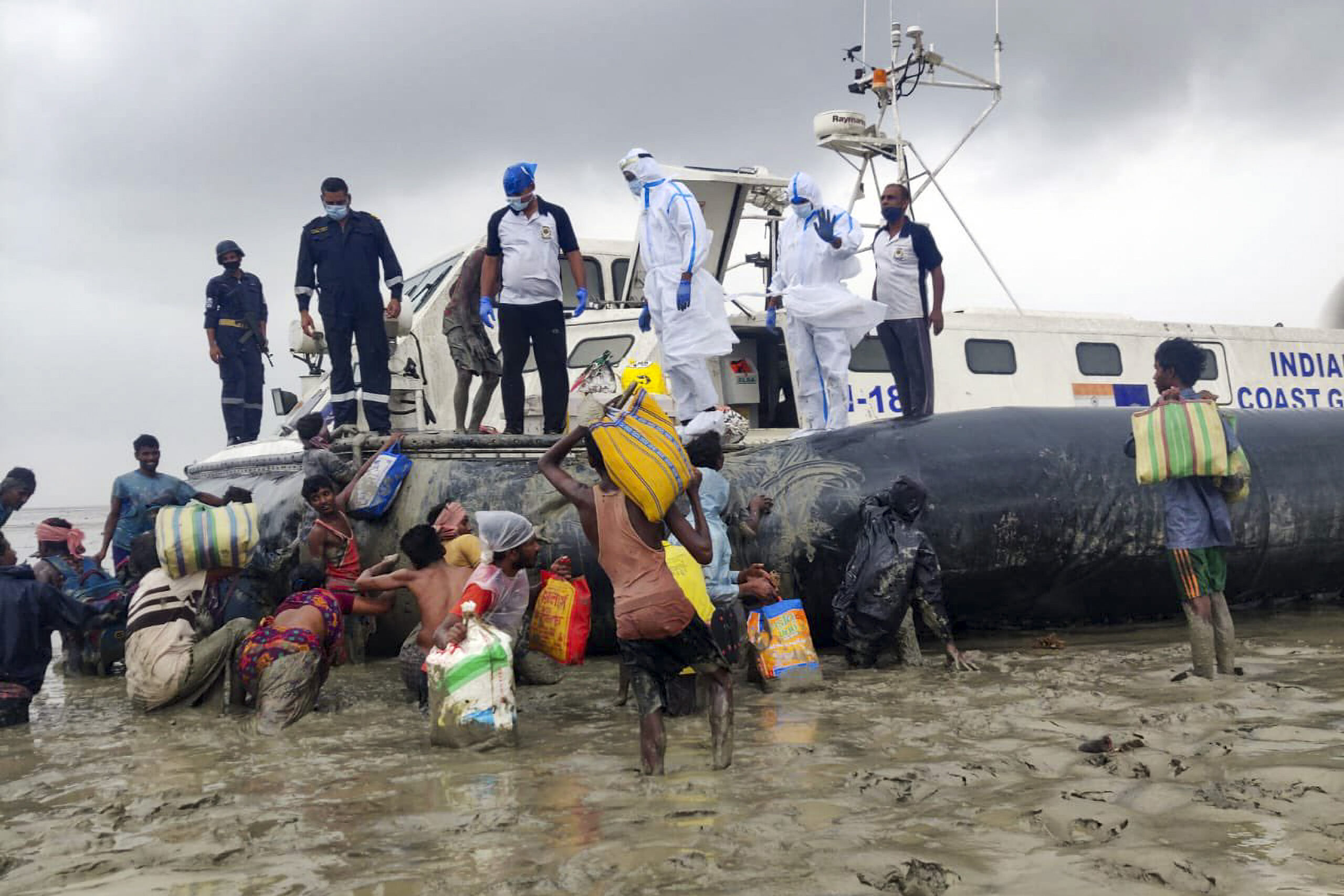 And, it is now headed towards the interior states, albeit in a weakened state. 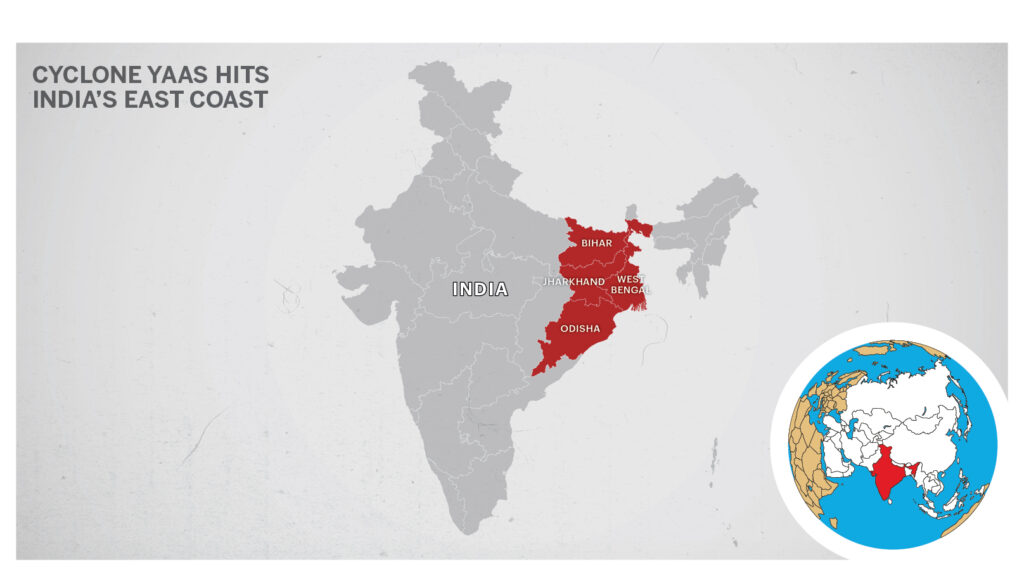 The cyclone and the subsequent strong wind and continuous rainfall severely hit the Indian eastern coastal states of West Bengal and Odisha. At least four people lost their lives.

More than 300,000 homes were destroyed, and more than 10 million people were affected in the coastal areas of both states as sea waters rose and breached the embankments.

Cyclone Yaas hit the country in less than two weeks after Cyclone Tauktae wreaked havoc on the western coast.

“These are signs that climate change is for real,” said Anumita Roychowdhury, executive director, Center for Science and Environment.

“It is evident that there is an overall rise in temperature and sea surface temperature. They are rising pretty rapidly, and this contributes to the extreme weather hazards.”

She said that over time the intensity and frequency of cyclonic storms have increased in the Arabian Sea and the Bay of Bengal.

“This (climate change) will have a social burden on the economy. Decarbonizing should be the priority, not only for India but for all countries. It (decarbonizing) is needed to maintain a balance in the temperature,” Roychowdhury said.

Mamata Banerjee, Chief Minister of West Bengal, said at least 900,000 people were evacuated from the state’s coastal regions, and around 14,000 relief camps are operational, with clothes and food materials.

West Bengal has incurred a loss of around INR 15,000 crore ($2 billion) as per initial reports, according to Banerjee.

“The cyclone that whiplashed the country’s eastern coasts damaged 134 embankments,” Banerjee said in a press conference.

“We will conduct field surveys to ascertain the actual damage to the embankments, government buildings, and other structures. The district magistrates will file a comprehensive report on this. It will take us at least 72 hours to get a clear picture.”

The cyclone will be Banerjee’s first big test as the chief minister in her second term that she secured earlier this month.

Indian Prime Minister Narendra Modi will visit the cyclone-affected areas in the two states on May 28.

“It is currently in Jamshedpur with wind speeds up to 65 kilometers-per-hour and is expected to end on May 29 in Bihar [another eastern state]. It is traveling north-westwards from the point of origin.”

He confirmed that though the cyclone has left West Bengal and Odisha, heavy rains will continue.

In West Bengal, just hours before the landfall, the coastal towns witnessed water gushing into the villages rampaging everything that came in its way. The waves pounded away the people’s belongings, including their huts and shops erected beside the beach.

“I used to run a tea stall near the beach, but the waves washed everything away,” Subhash Gayen, a 45-year-old vendor, told Zenger News.

“The entire area is submerged in water, including our house. We have no place to take shelter or eat anything.”

In West Bengal, the coastal towns of Digha, Tajpur, Sankarpur, and Sunderban took the maximum battering.

The National Disaster Response Force, India’s specialized force to tackle such adversities, deployed 113 teams in the eastern states of West Bengal, Odisha, Jharkhand, the southern states of Andhra Pradesh, Tamil Nadu, and the Andaman and the Nicobar Islands.

Of these, 104 teams are deployed on the ground, while nine self-contained teams were on high alert within the states for immediate response and relief.

“The force assisted the district administrations in the mass evacuation of the localities residing near the sea.”

Meanwhile, in Odisha, the cyclone impacted numerous villages in Bahanaga and Remuna blocks in the Balasore district and Dhamra and Basudevpur in the Bhadrak district.

The disaster management authorities and other administration officials worked for hours to restore snapped power lines and electric grids.

“More than 800,000 people were evacuated in Bengal and 60,000 evacuated from Odisha. Teams are continuously cutting and clearing heavy fallen trees and uprooted electric poles on roadsides to maintain the lifelines devastated by the winds and heavy rains,” Bhamoriya said.

As part of the preparedness, the Indian Navy has positioned eight flood relief teams and four diving teams in Odisha and West Bengal to augment the existing resources. Four naval ships are on standby with Humanitarian Assistance and Disaster Relief bricks, diving, and medical teams to assist in the most affected areas along with the eastern coast.

“Appreciate Odisha Police for its relentless effort in shifting people to safety ahead of #CycloneYaas, rescuing vulnerable people, and working ceaselessly to restore normalcy at the earliest. The commitment to serve during such challenging time is praiseworthy,” tweeted the Office of Odisha Chief Minister Naveen Patnaik.