Air Raising: How A Scuba Diving Lizard Uses A Bubble Of Air On Its Nose To Swim Underwater 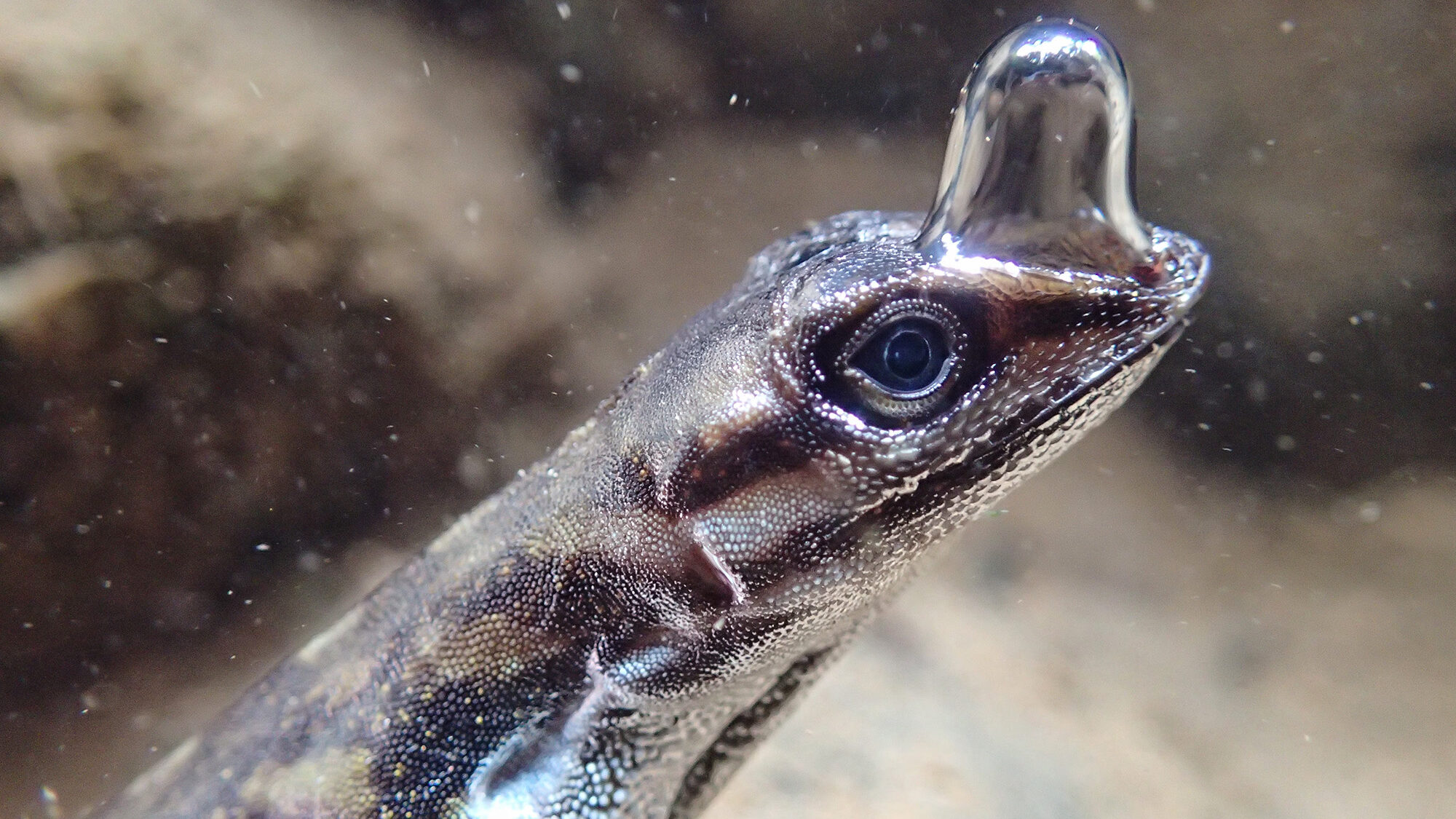 The water anole lizard appears to have formed an underwater respiration system consisting of a recycled air bubble that clings to its head. (Lindsey Swierk/Zenger News)

Researchers have found some lizards use bubbles attached to their noses as natural “oxygen tanks,” allowing them to spend one-quarter of an hour underwater hiding from predators.

In a paper published in the latest edition of Current Biology, researchers from Binghamton University in New York and Canada’s Queen’s University said they found some semi-aquatic anole lizards have adapted to evade predators by using a bubble attached to their snouts to recycle oxygen. That permits them to spend up to 16 minutes underwater.

There are 425 different varieties of these lizards. They generally inhabit tropical forests and live near water sources, such as small ponds and streams.

Swierk had observed the lizards in the rainforests of Costa Rica in 2019 and asked how they were able to spend such long periods of time beneath the surface.

To answer the question, the researchers conducted experiments on several species of semi-aquatic anoles.

The researchers said in the release the semi-aquatic anoles are able to breathe underwater by “rebreathing” exhaled air that gets trapped between their skin and the surrounding water.

“We found that semi-aquatic anoles exhale air into a bubble that clings to their skin,” said evolutionary biologist Chris Boccia from the University of Toronto, the lead author of the paper. “The lizards then re-inhale the air, a maneuver we’ve termed ‘rebreathing’ after the scuba-diving technology.”

The team used a tiny sensor placed inside the air bubbles to measure if the lizards were inhaling oxygen from the bubble. Just like a scuba tank, the oxygen levels in the bubbles slowly decreased over time.

Other scientists were surprised by the Binghamton team’s findings.

“Rebreathing had never been considered as a potential natural mechanism for underwater respiration in vertebrates,” said Luke Mahler, an assistant professor in ecology and evolutionary biology at the University of Toronto, and the senior author of the research.

The finding leads to other exciting questions, Swierk notes.

“Anoles are a remarkable group of lizards, and the number of ways this taxon has diversified to take advantage of their environments is mind-boggling,” she said.

An earlier version of this article failed to credit Dr. Luke Mahler as senior author of the research, and the University of Toronto as one of the institutions involved in the research. Zenger regrets this error.