Replenishment at sea as America pull its troops out of the long war.
By Peter Barker May 26, 2021
Facebook
Twitter
Linkedin
Email 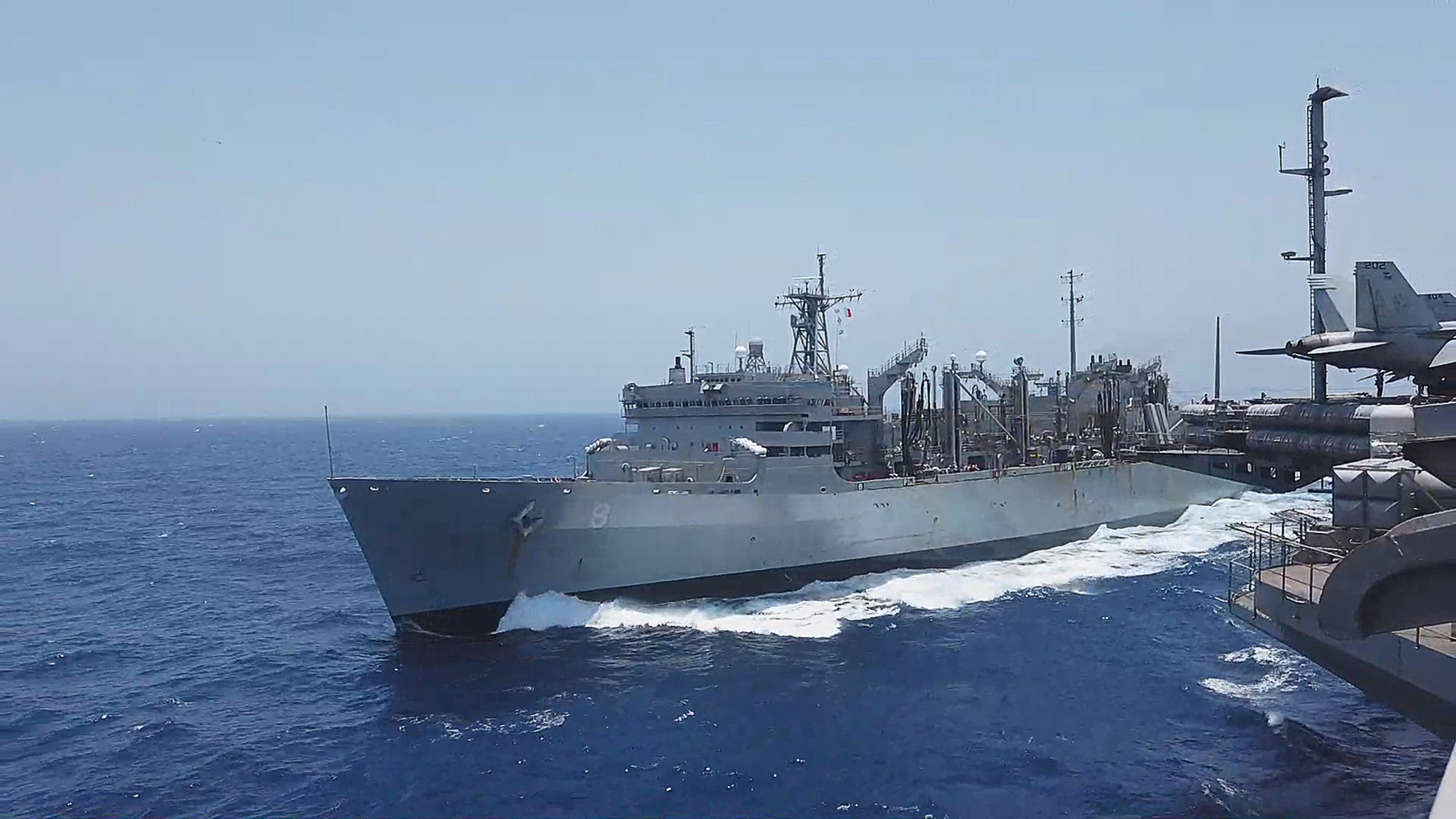 Sailors aboard aircraft carrier USS Dwight D. Eisenhower participate in a replenishment-at-sea with the fast-combat support ship USNS Arctic in the Arabian Sea on May 21. (Screenshot from video/DVIDS, Seaman Jacob Hilgendorf/Zenger News)

Video shows the carrier, nicknamed “Mighty Ike” in honor of its namesake, during the replenishment on May 21 with the fast-combat support ship USNS Arctic in the Arabian Sea as it continues its mission to support the withdrawal.

The footage showing the nuclear-powered carrier being restocked by helicopters was released as NATO announced on April 15 the withdrawal of forces from Afghanistan beginning on May 1.

The United States is estimated to have spent over $2 trillion on the war, which resulted in an estimated 40,000 civilian deaths and the death of 3,500 NATO soldiers, including about 2,000 Americans.

In recent weeks the withdrawal process has been marred by increasing violence in the country, especially in the capital of Kabul, despite attempts at peace talks between the Taliban and the Afghan government.

The U.S. Special Inspector General for Afghanistan Reconstruction in its most recent quarterly report on April 30 said the situation was deteriorating, stating that “casualties from Jan. 1 to March 31, 2021, were substantially higher compared to the same period last year.”

The report states that “the number of insider attacks on Afghan National Security Forces personnel also increased by 82 percent this quarter [January-March] compared to the same period last year.”

This week, the Australian government announced it would temporarily close its embassy in Kabul due to the “increasingly uncertain security environment” and its inability to provide support to the country’s diplomatic presence.