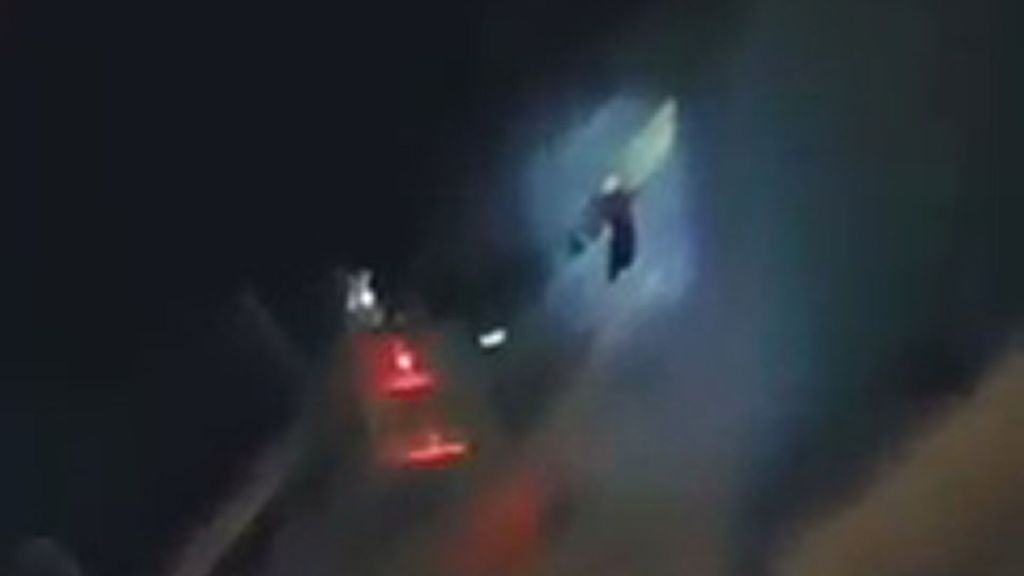 Firefighters rescue Uruguayan footballer Francisco Duarte from the fire in his room in the Cyan de las Americas hotel in Buenos Aires, May 2021. (Undersecretariat of Emergencies of Buenos Aires/Zenger News)

BUENOS AIRES, Argentina —Video shows the moment Uruguayan midfielder Francisco Duarte, who plays for the national team, is rescued as he dangles from the 11th-floor window of a burning hotel.

The footage was taken at the Cyan Hotel de las Americas in Buenos Aires, Argentina, in the early hours of May 25. The team CA Rentistas was in town for a match against the CONMEBOL Libertadores.

Duarte said he was sleeping when a loud noise woke him, and he saw black smoke engulfing the building, according to media reports. He is reported as saying he was standing at the precipice for 30 minutes “that felt like three or four days” and was thankful firefighters responded to the call quickly.

Local media said Duarte was taken to a hospital as a precautionary measure after he was treated for smoke inhalation. He is said to be out of danger.

Two other players from Rentistas were also reported to have been treated for smoke inhalation. Their identities were not confirmed.

However, according to a statement by the Uruguayan club, Duarte was staying at the Cyan Hotel de las Americas along with teammates Damian Malrechauffe and Andres Rodales. The rest of the team was staying elsewhere.