Three staffers in the prime minister's office attempted to smear the reputation of Brittany Higgins and her loved ones
By Marion Rae May 26, 2021
Facebook
Twitter
Linkedin
Email 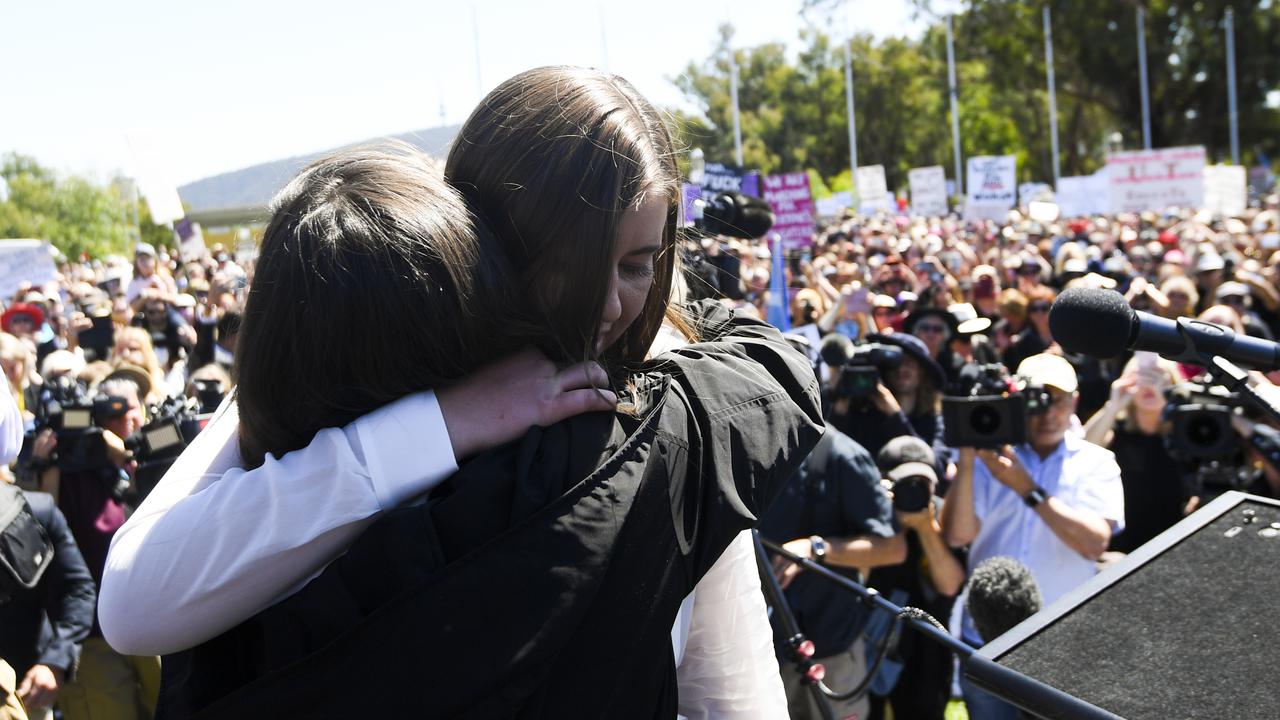 SYDNEY — Three staffers in the prime minister’s office attempted to smear the reputation of Brittany Higgins and her loved ones, according to Labor’s Katy Gallagher.

The minister representing the prime minister at a Senate estimates hearing on May 25, Simon Birmingham, said he had no knowledge of an investigation into claims certain staffers backgrounded journalists against Higgins.

Scott Morrison has maintained he knows nothing about any negative backgrounding by any person in his office.

“I ask that you provide an answer as to whether Carswell, Leembruggen and Creevey have been interviewed by Kunkel,” Senator Gallagher said to Senator Birmingham, under parliamentary privilege.

“We would like an answer on that because Higgins’ understanding is that they are the staff who were backgrounding against her loved ones.”

Andrew Carswell, Julian Leembruggen and Nick Creevey are all staff in Morrison’s office.

Higgins made a formal complaint to Morrison’s Chief of Staff John Kunkel in March, alleging staffers backgrounded against her or her partner as she attempted to get justice following an alleged rape.

Senator Gallagher said one journalist who came forward and forced the hand of the prime minister to launch the investigation has now withdrawn.

She questioned why Kunkel, on behalf of the prime minister, would ask the victim of an alleged rape at Parliament House in March 2019 to now demonstrate that the backgrounding did happen.

“This looks like an attempt to push back on Higgins very strongly and it seems extremely unfair to me,” the Labor senator said.

Senator Birmingham was told to get a briefing from the prime minister and come back later on May 25 better informed.

Meanwhile, Morrison will act on the findings of a separate review of procedures on how to deal with serious incidents.

Department of Prime Minister and Cabinet deputy secretary Stephanie Foster was asked in February to look at the procedures and processes at parliament, following allegations of rape and harassment of women.

Initial advice given to the prime minister led to the establishment of a 24/7, independent, confidential and trauma-informed phone support line for all staff and parliamentarians.

The final report released on May 25 found gaps in procedures and processes when it comes to responding to and preventing serious incidents and providing support for those impacted by them.

The report calls for the education of managers and staff on their obligations in relation to a safe and respectful workplace, and to recognize and respond appropriately to serious incidents or patterns of behavior in the workplace.

Morrison will take the Foster report to the cabinet and talk to political leaders and Members of Parliament about its implementation.

Meanwhile, Sex Discrimination Commissioner Kate Jenkins is continuing her review into deeper cultural and systemic issues that have shaped the toxic workplace over the years.

Jenkins retweeted a tweet on workplace culture “An independent review of the workplace culture in Federal Parliament has officially begun. Both past and present employees are being urged to come forward and share their experiences to the inquiry — whether good or bad.”