Sunshine On A Cloudy Day: Terron Brooks On Playing Eddie Kendricks In ‘The Temptations’ 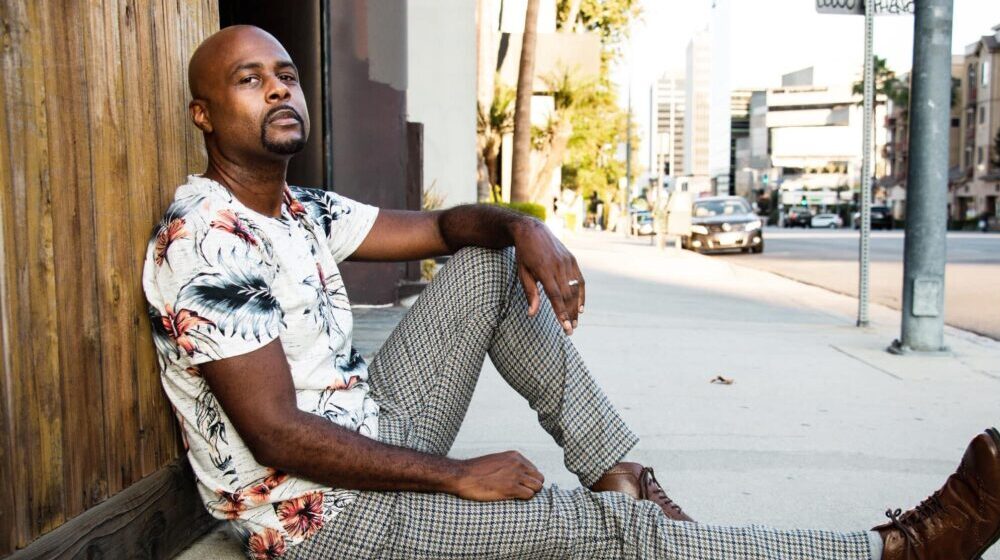 Terron Brooks is a talented singer/songwriter who has performed alongside such music royalty as Smokey Robinson, Stephanie Mills and Michael Jackson. His time on Broadway — highlighted by his roles as Simba in “The Lion King” and Seaweed in “Hairspray”— set the stage for what would become his largest role to date, his portrayal of Motown legend Eddie Kendricks in “The Temptations.” That NBC miniseries depicted the life and times of the talented but troubled group. Brooks has also released five studio albums, with a sixth to be released this fall.

Zenger News discusses the popularity of “The Temptations” film, his new podcast, “Honest Answers,” as well as his new single, “Tomorrow” — a twist on the song from the musical “Annie.”

Zenger: Congratulations on the “Honest Answers” podcast. To have Leon — who played Temptations lead singer David Ruffin in the 1998 miniseries — as your first guest, it doesn’t get much better than that.

Brooks: I was very blessed that he said, yes. Then to have him as my first guest seemed appropriate. If you wanna start with a bang, you start with, Leon, right?

Zenger: Absolutely! I was shocked to hear you guys didn’t stay in touch. I know it was several years ago, but you created magic together during “The Temptations” miniseries.

Brooks: For me to be able to reach out years later and ask him to do it and for him to be so gracious and so quick with his response is just a testimony of what we had. But yeah, it’s true. We haven’t really talked all the time. We don’t live in the same place and time moves on. But those impressions are my point. They stay. Some do and some don’t and fortunately him and In the film, Eddie [Kendricks] and David [Ruffin] had a certain relationship as well, that Leon and I tried to really truly have in person.

Zenger: Listening to you guys converse, it sounds like he really looked out for you on the set, being that that was actually your first movie role, which you nailed, by the way.

Brooks: I knew he was doing that, and he knew he was doing that, but was that spoken? No. So for him to say that to me years later and to understand his intention, and I think that would be his intention on any co-star he has, but for him to be intuitive and see it. I don’t think I was struggling, but I needed the confidence. Some actors are not gracious enough to give you that. You’re just by yourself hoping you’re doing your best. He understood that if this was going to be great, he would have to be encouraging, inspiring and lead by example.

I wanted to be good because he was so good. For him to be able to communicate that, and I was impressed by it. I was actually really blessed by it. It could have gone another way. He wasn’t the only one that did that in that experience. And hopefully my experience with theater and performing rubbed off on the other guys as well because that wasn’t a foreign world to me at all. Performing wasn’t foreign, it was the acting on TV. I didn’t know what that was.

Zenger: It appears that you have an amazing list of guests that will be coming on the podcast. What made now the perfect time to roll out “Honest Answers?”

Brooks: I think it was always the time. I think I was running away from the presentation. I think now with technology, you have to be on your A-game if you want to present anything (laughing). If I were to be honest, I think that’s what kind of stalled me a little bit. How I’m going to be able to manage this, how am I gonna present this? And it wasn’t until recently I thought about the guest.

I think the pandemic gave us time to figure out those things that we wanted to do, and ask ourselves what were the reasons and excuses why we’re not doing them? Having it come out now as we are coming out of this thing, I’m asking my guest to step back just a bit and asking what they learned from that. I think that’s so inspirational for people.

We put people on the pedestal all the time, but you find out just how much we’re the same, just how much we’re alike, except maybe in our career choices, or our paths and how things are elevated for us. But from a human level, just like Leon. I think he gave some, not necessarily surprising answers, but maybe some revealing answers that fans or people that think they know him wanted to hear. He was very open.

Zenger: I must’ve watched that “Temptations” movie 50 times. For a film that was created 23 years ago, are you shocked at its relevancy today and did you feel it would have this impact when it was created?

Brooks: I really did not. I knew the magnitude of The Temptations. I knew what I was doing was historical and meaningful and valuable. But at that young age, I didn’t perceive that many years later I would still be recognized every day of my life. No matter where I’m at, it doesn’t even matter what nationality you are. I wasn’t able to perceive that. Just hoping Eddie’s family or people that knew him would receive what I did. To answer your question, being blinded by those expectations, I think helped me do a good job.

Not only do people watch it over and over, but some people are also just discovering it. A lot of people are very young people that, whether they know about The Temptations or reintroduced, it has really reignited their passion for real music.

Zenger: Did you do anything outside of some research to get into character to portray the legendary Kendricks?

Brooks: You have to do the research to understand the character. I think I got underneath the skin of Eddie Kendricks as opposed to more of the imitation of what he does, per se. As a performer you can go to videos to get as close as possible, but I was just trying to figure out, who was Eddie Kendricks? What was his character, what was his integrity, his belief system? A lot of those things were lined up with me. You really gotta give Jackie Brown casting and the whole production team their flowers for that. They found the right people to be the vessel for these incredible men.

I think when you put those things together, my intention was to honor Eddie’s character. He was an advocate for the right thing. He was loyal and always trying to find the truth of what the situation was, and he had a certain shyness about him to that I could really identify with, as well. Not really imitation, but just trying to embody this man the best way that I could.

Zenger: I still can’t believe that was your first acting job. You really did Eddie Kendricks an amazing service.

Brooks: I appreciate that, man. I think there are certain things in your life that you are just meant to do. I have had a great and blessed career and a couple of things that I thought, OK, this is another thing, but “The Temptations” still stands out. It’s something that seems beyond me and something that was just for me no matter what it was. I don’t know if you know the story, but initially I went in for the character of Paul [Williams]. As the story goes, they changed that very quickly and said, “No, you’re Eddie Kendricks.” Some things you work really hard for and I’m not saying that I did not, but this thing seemed to just be in the cards.

Zenger: Your single “Tomorrow” embodies better days to come. You spoke earlier about us coming out of this pandemic. Was this an intentional release?

Brooks: I don’t know if we purposely put it together that way. It was the last song we recorded for the new record, and the record company decided that out of all the songs, that would be the first song. But anything that I do is all inspirational and all about hope. That’s just my thing. If it’s not about that, I won’t be doing it. So that’s an easy thing to say. But I do feel in this specific time, people do need hope. When we don’t have answers, nothing is secure, when you get one answer then it changes, you want something to cling to.

So, this song, “Tomorrow,” is from the musical “Annie.” No matter what comes the sun is going to come out tomorrow and you can bank on that, man. What your perspective is, the song is just reminding people, take a deep breath, it is going to get better. I think people need to hear those kinds of messages, and I’m happy to be able to provide it at this time.

In my new album coming out in September, “The Soul of Broadway,” we rebelliously twisted these Broadway songs that most people know. They’re iconic songs, and man I gotta be honest. Some of them I didn’t really even love. But take the lyrics and I can twist it around in my own style and present it outside the context of a show or character and then suddenly you don’t think about the little girl with red hair. You think about the song and the message. We weren’t really calculated on the songs that we picked, but it seems like the songs you are going to hear in September all go together with that same inspiration. We had fun with it. I’m an artist; if I’m going to sing something, I’m going to sing it my way.

Zenger: Thank you so much for your time. It has been a pleasure. Any closing thoughts?

Brooks: Thank you. Tell people to subscribe to the “Honest Answers” podcast so they don’t miss any. It’s 11 episodes. I also have a YouTube channel you can subscribe to. And there is more music to come. We have a follow-up single coming out before the record comes out. And Percy, I appreciate you, man. This was a great talk.