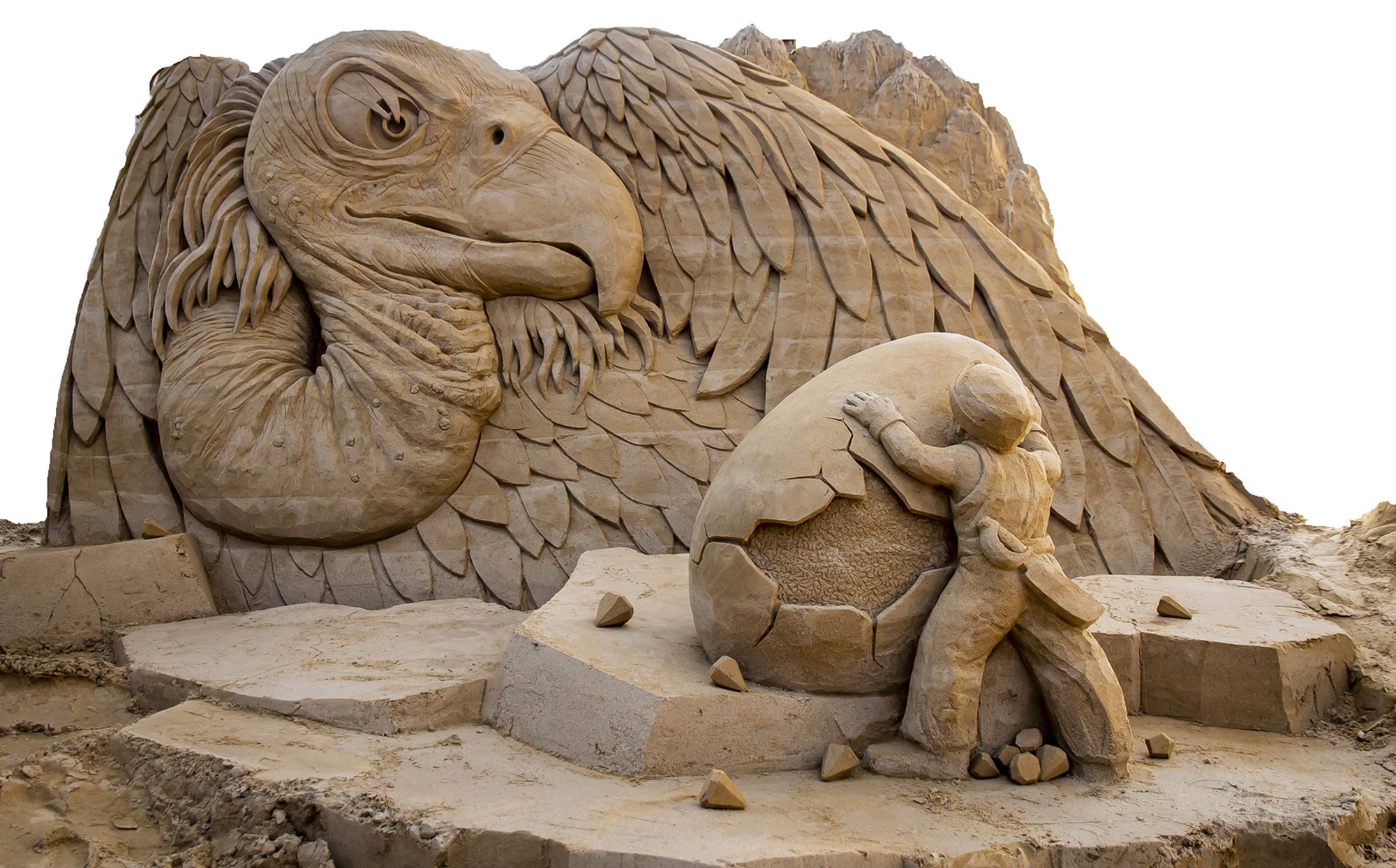 A total of 25 sand sculptors from 11 European countries have gathered in the Travemunde resort for the third annual sand exhibition, themed “Flora and Fauna.”

Over 60 sculptures are displayed on a 27,000-square-feet boat shed at the Baltic Sea resort. The sculptors’ motifs include elephants, rhinos, buffalos, lions and leopards, as well as many herbal specimens.

“The show is not only intended for entertainment but should also draw attention to nature conservation and species protection,” said exhibition director Oliver Hartmann.

The sculptures, which are several feet high, were created by international artists known as sand carvers. According to the rules, the sculptures can be moistened by water during and after construction. They are supposed to last until the end of the exhibition on Oct. 31.

Aside from smaller, similar exhibitions at sea resorts Warnemunde and Binz in the state of Mecklenburg-Western Pomerania, this is the largest of its type in the world, said organizers.

Travemunde has been a seaside resort since 1802 and is Germany’s largest ferry port on the Baltic Sea, with connections to Sweden, Finland, Russia, Latvia and Estonia. Its lighthouse is the oldest on the German Baltic coast, dating to 1539.