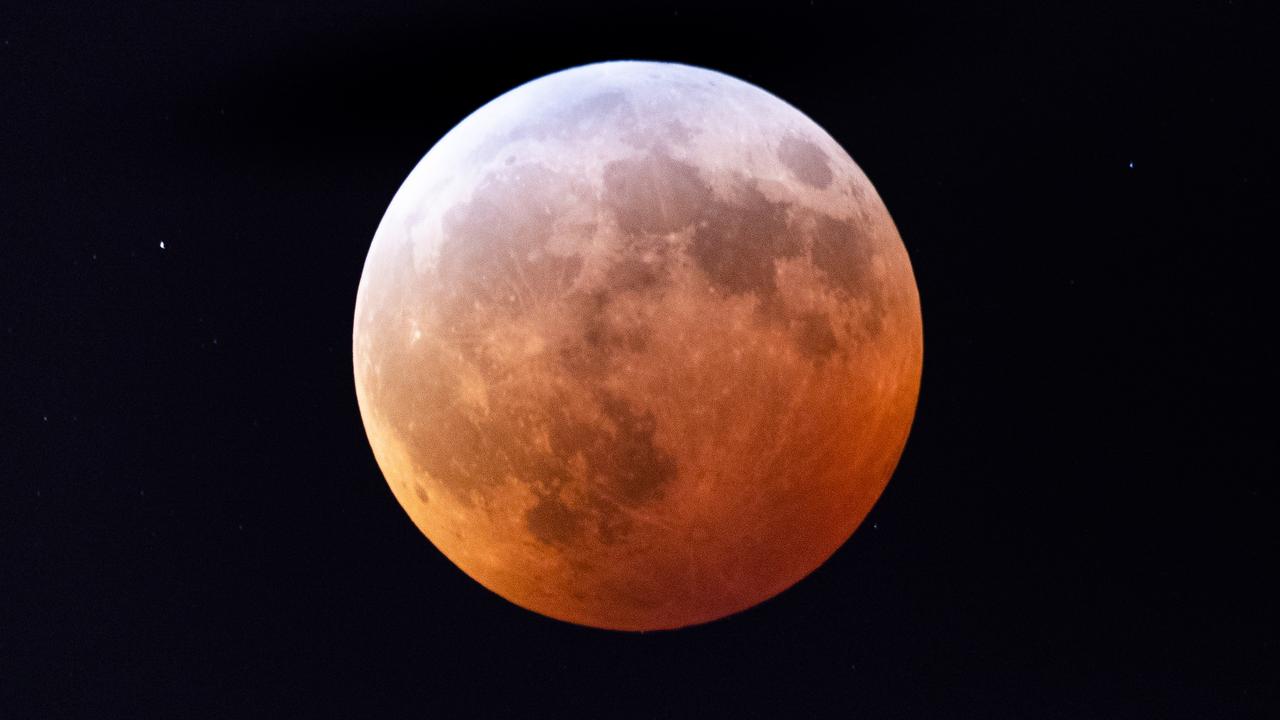 Australians will have one of the best and convenient viewing times for the super blood moon. (AAP Image)

CANBERRA, Australia — Moon gazers are in for a treat when a rare super blood moon appears in the sky on May 26 evening.

A super blood moon is when a total lunar eclipse (or blood moon) happens at the same time as the ‘super’ moon — which appears brighter and bigger.

Lunar eclipses, unlike solar eclipses, are safe to see and may be seen with the naked eye without the use of any additional equipment.

The previous complete lunar eclipse, popularly known as a blood moon, occurred in January 2019, though Australia has not seen one since 2018.

Australian National University Astrophysicist Brad Tucker says the shadow creates an amazing orange-red glow that looks a bit like sunrise or sunset with the phenomenon happening every five years or so.

“It doesn’t happen that often to get this combination … so it’s definitely a special sight and one that you don’t want to miss,” Tucker said.

“As the moon perfectly centers in the earth’s shadow, it hits this orange-red light. So during the peak of the total lunar eclipse, you are seeing earth’s sunrise and sunset lighting up the moon.”

While it will be visible from parts of America, Tucker said Australians would have one of the best and most convenient viewing times.

“This is probably the rarest bit of this moon, that it happens in the early evening and not some absurd normal astronomy time in the middle of the night.”

“You don’t need special equipment … you just need your eyes, because you can see the beautiful colors and details of the moon.”

The weather forecast is looking good for most of Australia, with some early cloud expected to clear on the east coast in time during a three-hour window of opportunity.

According to The National Aeronautics and Space Administration (NASA), a series of celestial occurrences that began on May 17 will culminate in a lunar eclipse on May 26.

The celestial event will also be live-streamed by the Virtual Telescope Project and the European Space Agency, from their tracking station in New Norcia, Western Australia.