Funding alternatives sought at only historic black college or university with a classics sequence.
By Kelvin Childs May 26, 2021
Facebook
Twitter
Linkedin
Email 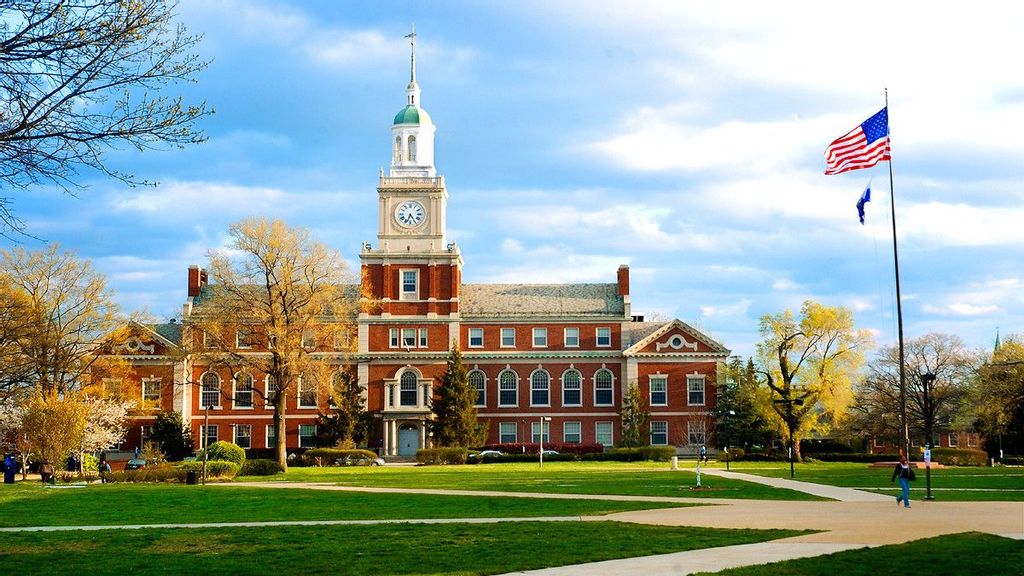 WASHINGTON — As the 2020–21 school year winds down, a band of Howard University students, alumni and professors hopes to reverse its decision to shutter its classics department, possibly by finding funding to endow the academic discipline.

Howard is the only Historically Black College and University that has a classics department, established at its founding in 1867. It offers minors in Greek, Latin and classical civilizations. The Society for Classical Studies, in a statement, noted that it learned in April of Howard’s move.

The Howard department has a full professor, an assistant professor, three associate professors, an adjunct lecturer, a master instructor and a faculty member. The number of students most recently enrolled in the sequence was not immediately available.

In a survey from 2017, the society counted 132 colleges and universities with a dedicated classics department, said the society’s executive director, Helen Cullyer. Altogether, 268 schools in the United States provide some level of classics courses.

“I taught at Howard for six years at the beginning of my career and the students in my classes there inspired my work on black feminist receptions of the ancient Mediterranean world,” said Shelley P. Haley, the society’s first black president. “By dissolving the classics department, the institution is doing a grave disservice not only to the students who attend, but to the professors who teach them.”

Howard University did not respond to requests for comment.

Howard junior Sarena Straughter, a political science major with a minor in Latin, launched a petition, “Save HU Classics,” on Google Docs and Change.org, and also a letter-writing campaign to university provost Anthony Wutoh, seeking to reverse the decision.

Straughter said she took Latin in high school, and that “it’s very hard for a lot of people to understand the significance and the relevance of dead languages.” She said her high school tried to eliminate Latin, but she spoke to the principal, “to express … how much Latin meant to me and had done for me” as the only student of color in her classes.

“You wouldn’t think that the classics department would be a haven for a black student, but it was, and it provided me a lot of space to think critically and feel comfortable asking questions because of our small class sizes. And I was able to relay that to my high school, and they chose to save the course offerings there,” Straughter said. “And when I found out the same thing was happening at Howard, I was quite devastated because I knew that it was on a much grander scale.”

Teaching the classics to black students has historically been discouraged. In 1916, Thomas Jesse Jones, a Welsh-American sociologist, wrote a report for the U.S. Department of the Interior titled “Negro Education: A Study of the Private and Higher Schools for Colored People in the United States” that disparaged classical education as wasted on black people. Jones pushed for “practical” subjects of study such as plant culture and physical hygiene.

“Thomas Jesse Jones did not, could not or perhaps would not see a world in which such people as described below existed,” said Michele Valerie Ronnick, Distinguished Service Professor at Wayne State University, who wrote an article tracing the development of classical education among blacks from the 1500s to the 20th century.

Howard’s move follows the November 2020 release of recommendations drafted by a task force charged with assessing all of its programs. In all, that report called for the termination of 22 programs, mostly for low student enrollment and/or completion rates.

Here’s what that report had to say specifically about the classics department: “… While currently a free-standing department, [it] does not provide a major course of study, and general education courses may be offered through other departments. As such, this department should also be considered for dissolution.”

Straughter said Howard is not allowing students to enroll in classics minors, nor allowing those in the program to switch. The courses will continue to be offered until those students have met their graduation requirements.

“Where we stand now, there’s a strong coalition of students and mostly alumni who are working on finding alternative ways to fund the department,” Straughter said.

The group estimates that about $700,000 would be needed annually to cover the contracts for adjunct professors and salaries of the tenured professors and support staff. The goal is to raise $10 million to fund the department for 10 years, and allow it to expand.

The coalition is also reaching out to Congress, which makes an annual appropriation to Howard, Straughter said, “making the argument that as the federal government sort of initiated this domino effect of taking the classics away from black education, it’s also their responsibility to preserve it now.”