Australia's aging Collins Class submarines will soon get an upgrade but a decision on where to dock them is still delayed
By Marion Rae May 26, 2021
Facebook
Twitter
Linkedin
Email 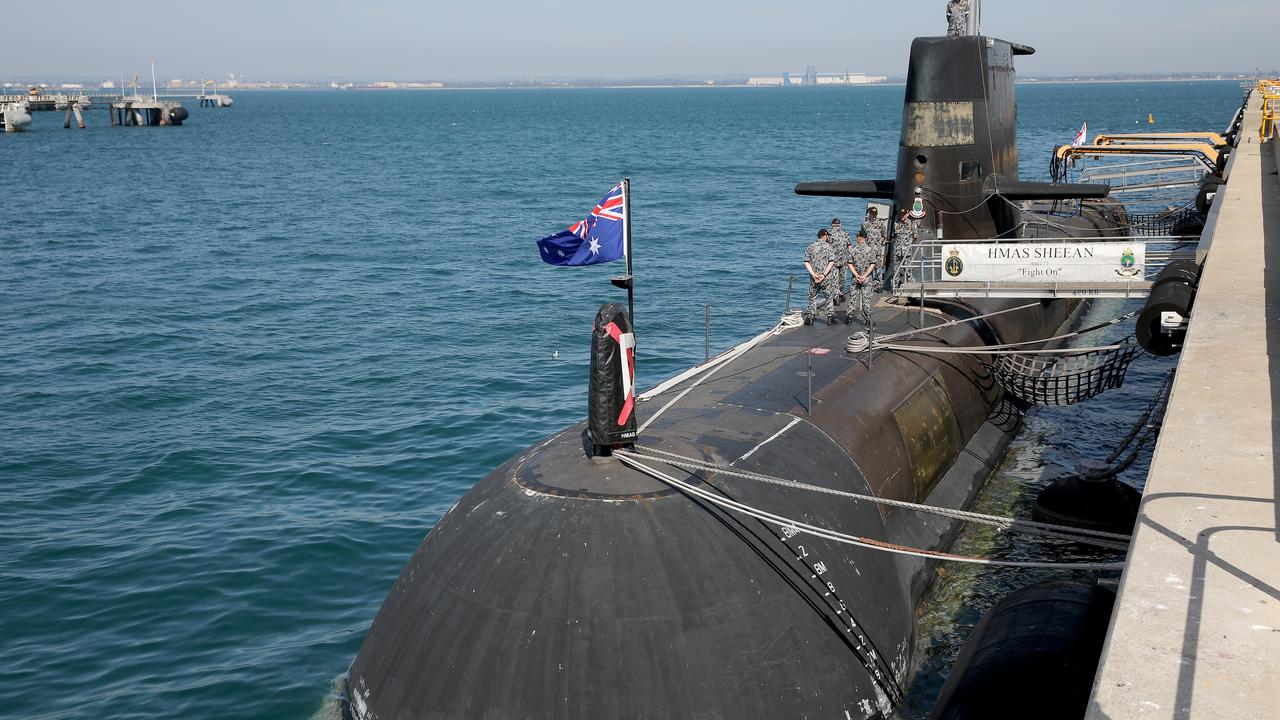 The government has not committed to a date for a decision on docking for Collins Class submarines. (Richard Wainwright/AAP Image)

SYDNEY — A decision on upgrading the Royal Australian Navy‘s Collins Class submarines will be made next month, a parliamentary hearing has been informed.

The decision on the life-of-type extension will be made in June, chief executive of government shipbuilder Australian Submarine Corporation Stuart Whiley said on May 25.

But Finance Minister Simon Birmingham did not commit to a date for a decision on full-cycle docking for the submarines.

“We’ll let you know what the decision is when we make the announcement,” Senator Birmingham said.

The opposition and crossbench are urging the government to make the two decisions together, but Whiley said the ruling on an upgrade would not impact whether to shift docking to Western Australia from its current site in South Australia.

Southern Australia senator Penny Wong accused the minister of holding off for a federal election.

Wong tweeted “Instead of beating the drums of war, the Morrison Government should focus on taking action on key defense projects. They’ve wasted two years on unexplained delays and still can’t make a decision on full-cycle docking in Southern Australia. Bad for jobs, investment and our defense capabilities.”

“What are you waiting for? There is no capability reason, there is no sensible reason for delaying for two years,” she said.

Governments and industry will need to make capital investment decisions and facility upgrades if docking moves west, along with workers. The Australian government has put out a statement in 2019 on the project that said Two independent studies into the Collins class submarine Full Cycle Docking maintenance program have found significant strategic and economic benefits of moving this work to Western Australia.

The program of works is expected to contribute an extra AU$600 million ($466.8 million) to the Western Australian economy each year and bring on thousands of jobs.

Former defense minister Linda Reynolds had promised to make a decision on full-cycle docking last December, as Western Australia lobbies to be the host and Southern Australia pushes back.

A federal ruling on the docking had already been delayed from 2019, while the upgrade for the Collins is inevitable.

“There’s significant work in the local industry, no one needs to be worried about their jobs,” Adelaide-based Whiley said.

“They continue to deliver everything that is asked of them.”

Already on the radar of the national auditor, the troubled AU$80 billion ($62.25 billion) future submarines project is the largest Defense procurement in Australia’s history.