The last Chelonoidis phantasticus was thought to have been killed in 1906 by American researchers.
By Peter Barker May 26, 2021
Facebook
Twitter
Linkedin
Email 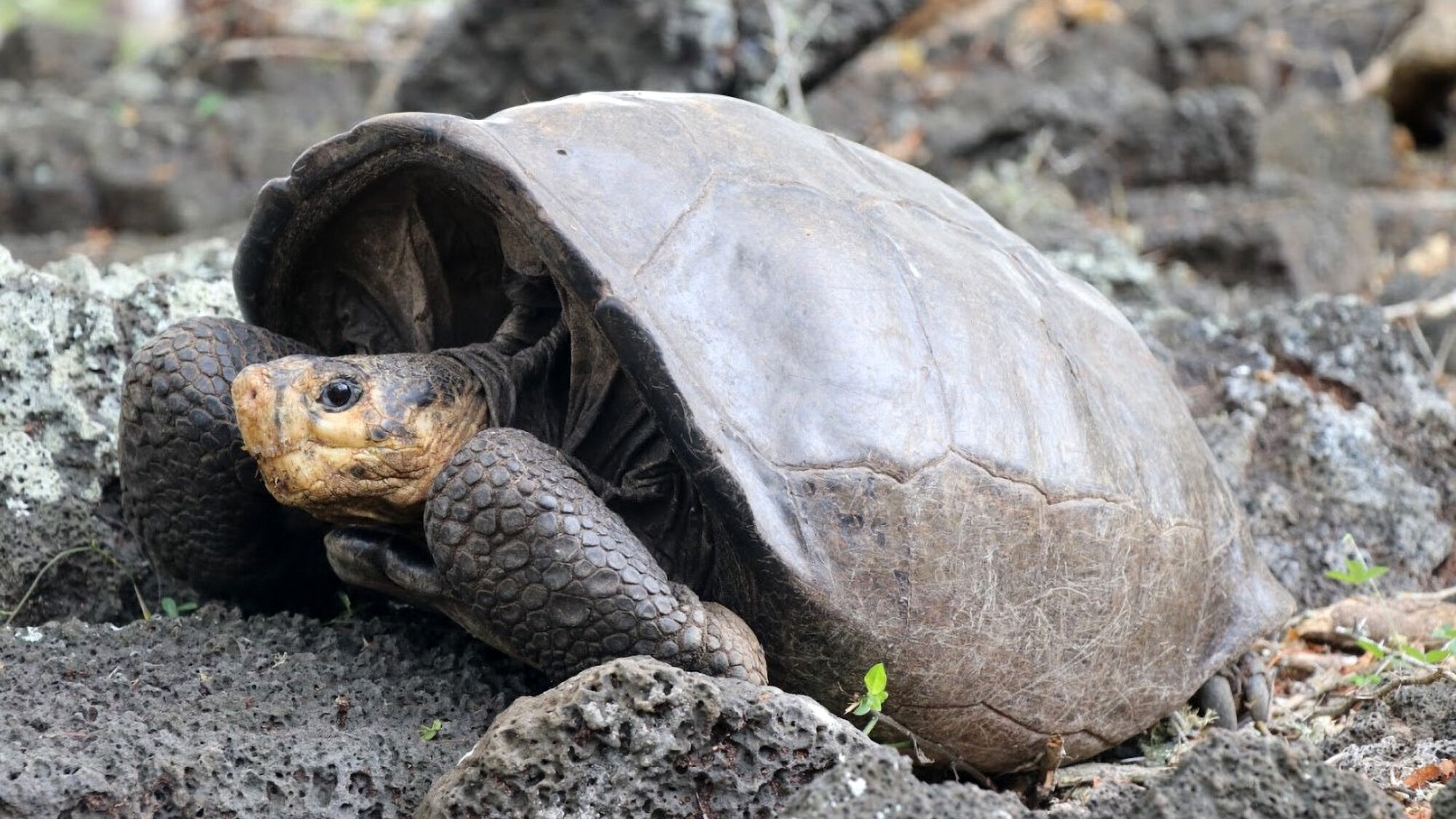 DNA tests on a female tortoise found on the Galapagos island of Fernandina in 2019 confirm that it belongs to a species long thought to have gone extinct. (Parque Nacional Galapagos/Zenger News)

A tortoise found in the Galapagos Islands in 2019 has been determined to belong to a species that scientists believed was extinct.

DNA testing has confirmed that the female tortoise found on Fernandina Island is a member of the species Chelonoidis phantasticus. It had been “presumed extinct since 1906,” according to the Turtle Conservancy.

“We have been able to confirm the tortoise is Chelonoidis phantasticus, a species that we believed to have gone extinct over 100 years ago,” said Danny Rueda, director of the Galapagos National Park in Ecuador.

He said the elderly female tortoise was found on Feb. 17, 2019, but until recent genetic tests were conducted, it was unclear what species the tortoise belonged to.

Geneticists from Yale University compared samples from the female tortoise with those from a male Chelonoidis phantasticus collected during an expedition in 1906 by researchers from the California Academy of Sciences.

The two samples were found to be a match, confirming the female’s identity as a member of the species.

Rueda said this discovery gives the Galapagos Islands “great hope for the future of a conservation program.”

During recent research missions, excrement samples gathered by researchers may have been left by other Chelonoidis phantasticus specimens, he said. Another expedition is planned this year to search for members of the species.

“The Galapagos Islands have the full support of the national government to carry out the investigations considered necessary to guarantee the conservation and preservation of the species on the islands,” stated Marcelo Mata Guerrero, Ecuador’s Environment Minister.

The Galapagos Islands, situated about 600 miles off the coast of Ecuador in the Pacific Ocean, are home to numerous unique species. The UNESCO World Heritage Site is known for the giant tortoises that roam the islands.

The volcanic islands were made famous by Charles Darwin, who developed his theory of evolution, in part, based on the fauna and flora he studied on the archipelago.

Fernandina Island, an active shield volcano, is the youngest and one of the most pristine and well-preserved on the archipelago.