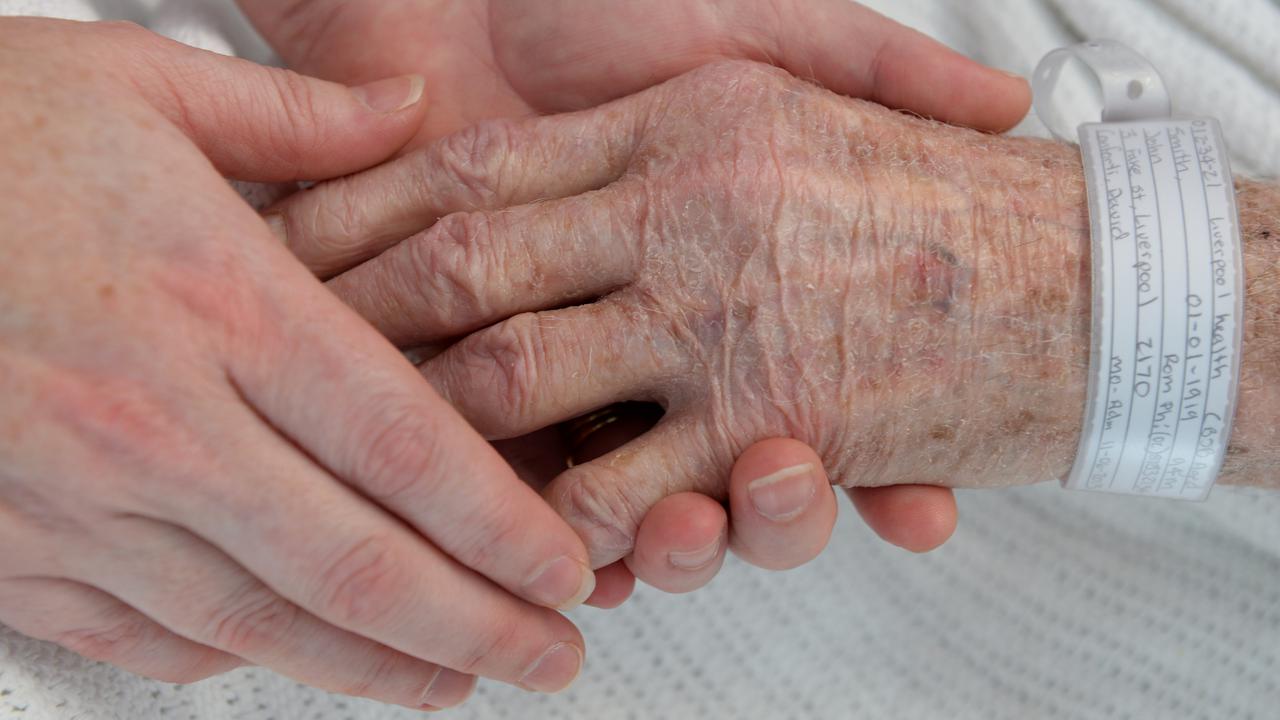 A report has been released into the use of palliative care in Australia. (Dan Himbrechts/AAP Image)

CANBERRA, Australia — More Australians are receiving palliative treatment at home, even though they still only account for a fraction of all consultations.

The annual report from the Australian Institute of Health and Welfare, released on May 26, provides a wide-ranging overview of the changing palliative care landscape.

Of the 88,605 Medicare-subsidised palliative services in 2019/20, 89.5 percent were provided in the hospital or surgery settings and 10.5 percent were at home.

Demand for the subsidized services fell marginally from the previous year, with a 0.9 percent decline in the hospital or surgery attendances partially offset by a 5.1 percent rise in-home visits.

“These changes may have been affected, in part, by the onset of the Covid-19 pandemic in early 2020 and subsequent changes to health care resources,” said the Australian Institute of Health and Welfare report, published to coincide with National Palliative Care Week.

“Additionally, in response to the pandemic, palliative care specialists were able to use new Medicare Benefits Schedule general telehealth items, which may reduce the use of standard palliative care items.”

The data covers less than six months after the pandemic hit and further monitoring will be needed to establish a clear link, the report noted.

Home visits for palliative care specialist services have climbed on average 18 percent annually over the past five years.

Australian Institute of Health and Welfare spokeswoman Sushma Mathur said offering palliative care at home can be important for people living with a life-limiting illness and their families.

“Historically, it was assumed that palliative care would commence only once all treatment aimed at ‘curing’ people had finished or only when a person was dying,” she said.
“However, there are benefits to providing palliative care in association with disease-modifying therapies that aim to prolong life.”

Just 3200 of Australia’s cohort of 244,300 permanent aged care residents were deemed as needing palliative care services in 2019/20, with almost one in three of that group diagnosed with cancer. It comes as a newly minted national campaign highlights a raft of common misconceptions about palliative care.

A Palliative Care Australia poll of 1000 Australians in April found only 39 percent knew that palliative care can be requested when first diagnosed with a terminal, chronic or degenerative illness.

So the peak body this week launched an education campaign attempting to challenge perceptions that palliative care is merely a “last resort”.

The poll also said conservative estimates suggest at least a further 40,000 Australians could benefit from palliative care, on top of the 40,000 already receiving it.