VIDEO: Uh-Oh Someone’s In For An Ass Kicking: Adorable Donkeys Romp With Galoshes 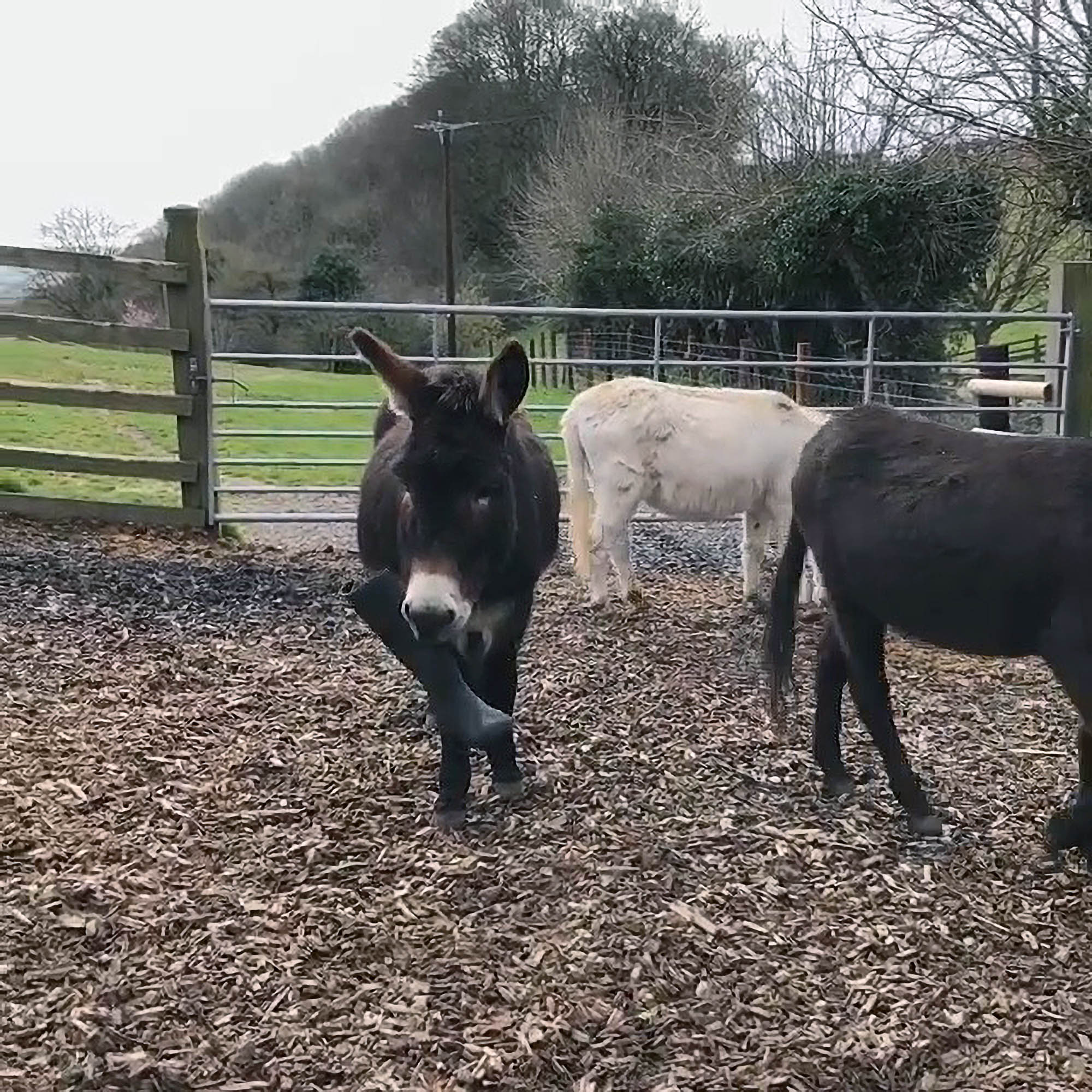 The footage was recorded by The Donkey Sanctuary in Sidmouth, Devon, England. The charity runs 10 sanctuaries across the UK and Europe and cares for more than 7,000 donkeys.

Donkeys that had been abused get a second chance for a safe life.

The sanctuary, described as the world’s largest equine welfare charity, was started in the 1969 by British animal welfare advocate Elisabeth Svendsen.

The charity grew after Svendsen decided to travel the world and provide care for abused and neglected donkeys. She was awarded an MBE (Order of the British Empire) in 2001. She died in 2011.

The donkeys are given lifelong care and plenty of play time, known as “enrichment,” which allows them to develop physical and social skills.

Playing with objects such as rubber boots, footballs and tires is considered a crucial part of ensuring their well-being.

Even during the pandemic in 202, the charity housed an additional 94 donkeys.