VIDEO: I Ssssee You: Diver Swims With One Of The World’s Deadliest Snakes 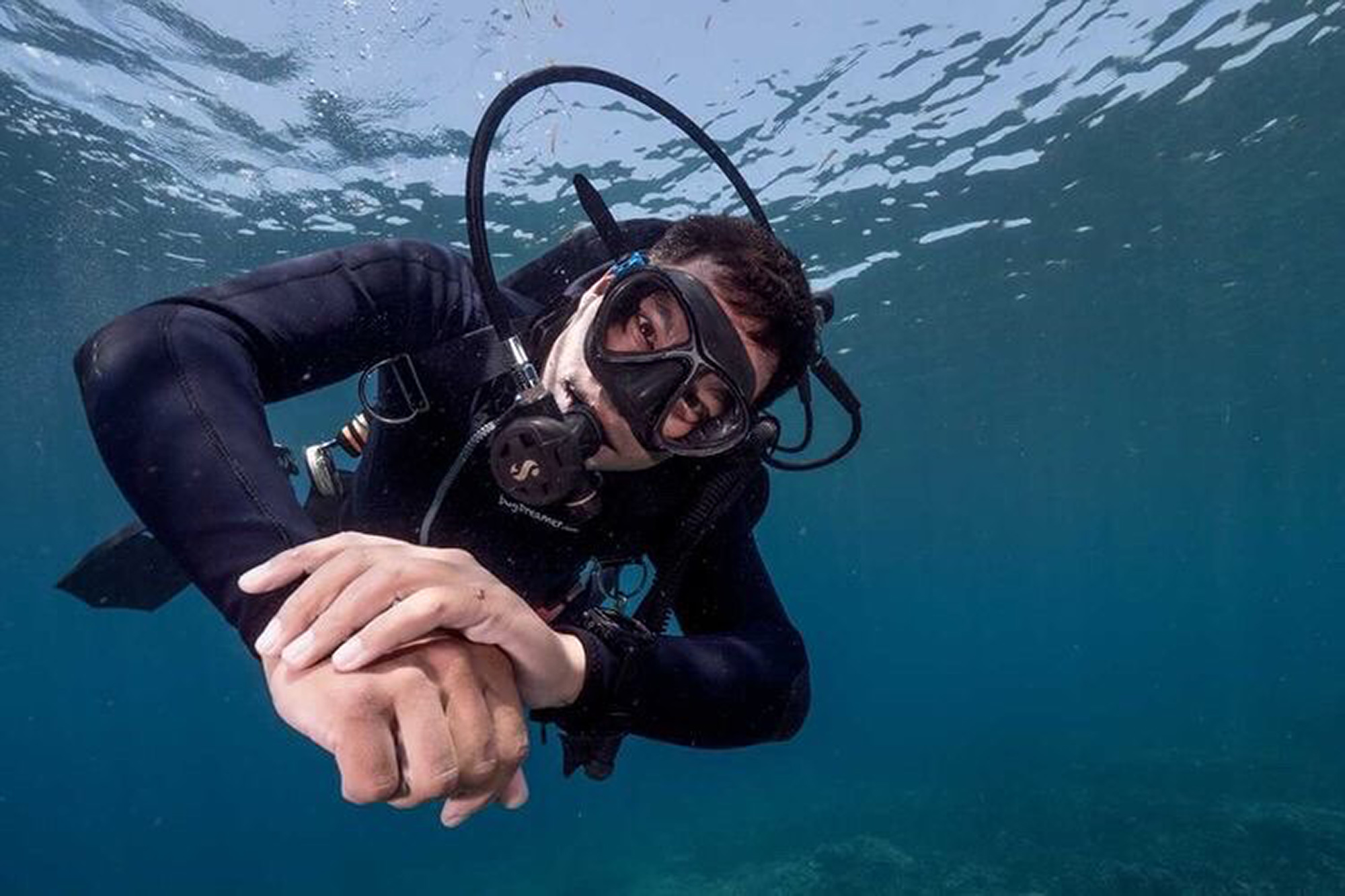 Marcelo Johan Ogata, who has been documenting the deep seas for the past 10 years, recently got close to a banded sea krait, whose venom is 10 times more powerful than that of a rattlesnake.

Kraits, which hunt for eels on coral and rocky reefs, do not attack humans unless they feel threatened or provoked, Ogata said.

He said they are friendly and curious despite being one of the most lethal creatures in the oceans.

“There is absolutely no reason to be afraid of them, even though they like to touch divers when we least expect it,” Ogata said. “I like getting close to these beautiful creatures to show everyone how harmless these snakes are, just like the biggest sharks out there.”

The video was filmed under the Manuk volcano in the Banda Sea in Indonesia.

“The entire place is still smoking, with some amazing biodiversity under and above the water,” Ogata said.

There are no confirmed historical eruptions on the uninhabited island.

The underwater region “is an incredible place where hammerhead sharks and sea snakes hang out together,” Ogata said. “It is very remote and hard to get to, but one of my favorite places to scuba dive.”

The banded sea krait, also known as the Chinese sea snake, lives on coral reefs in the eastern Indian and western Pacific oceans. It must surface several times a day to breathe.

The nocturnal species is consumed in Japan, where it is typically used in soups and was once believed to have medicinal properties.