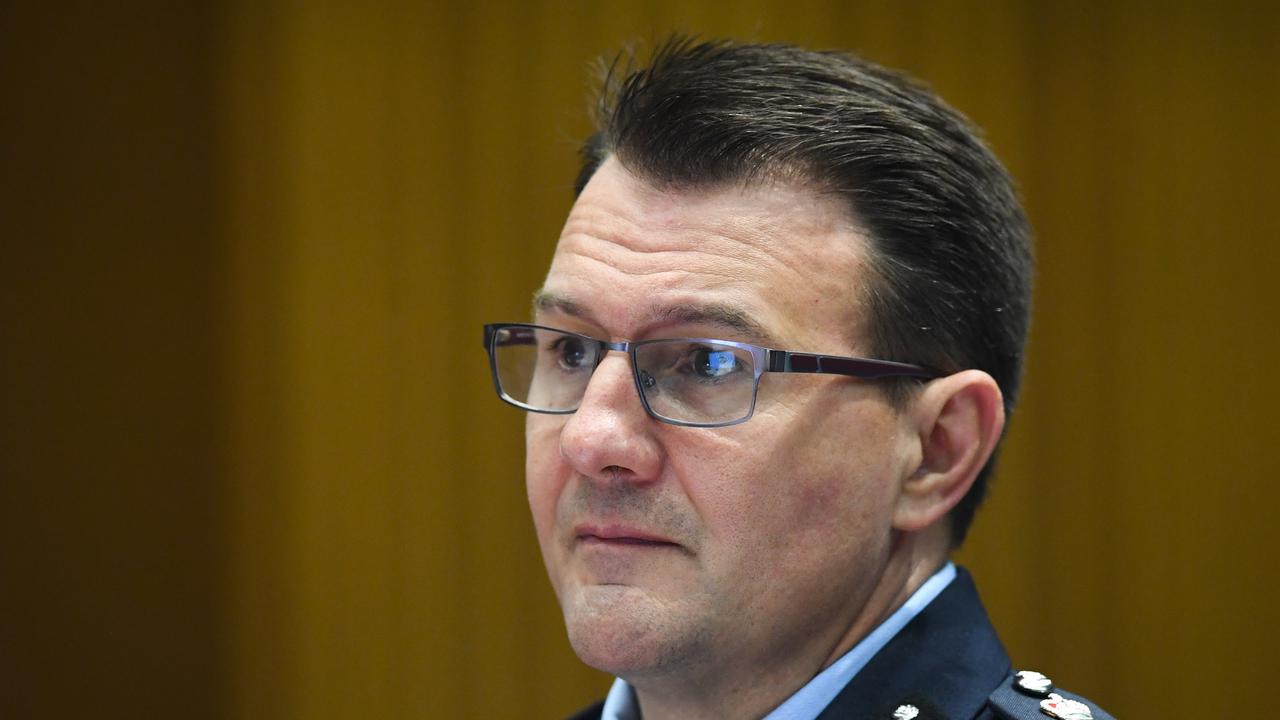 The Australian Federal Police has updated the status of its probe into Brittany Higgins' sexual assault allegations. (Dean Lewins/AAP Image)

Commissioner Reece Kershaw and senior officers will appear before a Senate estimates hearing in Canberra on May 25.

While top brass are expected to remain tight-lipped about the details of an ongoing investigation, Labor is set to pursue the issue after a separate inquiry restarted.

Department of Prime Minister and Cabinet secretary Phil Gaetjens is investigating who in Scott Morrison’s office knew about the allegation and when.

Gaetjens paused his inquiry after speaking with Kershaw about the potential for overlap with police work.

But it was revealed the probe restarted earlier in the month.

On the first day of a two-week stretch of estimates hearings, Department of Parliamentary Services bureaucrats on May 24 told senators no changes had been made to policy two years after the incident

The department is responsible for building access and cleaning, including the ministerial office where Higgins says she was sexually assaulted in 2019.

Australian Sex Discrimination Commissioner tweeted “An independent review of the workplace culture in Federal Parliament has officially begun. Both past and present employees are being urged to come forward and share their experiences to the inquiry — whether good or bad.”

Another investigation into whether members of the prime minister’s office tried to discredit Higgins’ loved ones is still going after almost two months.

Scott Morrison ordered his chief of staff to conduct the inquiry after Higgins lodged a formal complaint.

The prime minister met with Higgins late last month to discuss her concerns about parliamentary workplace conditions and the need for an independent complaints process.

Her allegations triggered a major political storm for the government which has vowed to do more to address a toxic culture for women in parliament.

Morrison told parliament on May 24 the new complaints process would be in place before the end of the year.

Higgins said it “defies belief” no changes had been made to parliament’s security processes since her alleged attack in 2019.

“The fact that no changes have been made to the processes and procedures for security inside Parliament House defies belief. Mistakes are inevitable. For the Department to choose not to act in any way — over the past two years — to improve protocols is downright negligent,” she tweeted on May 23 night.

“Honestly, regular licensed venues have more strenuous entry conditions and duty of care to their patrons than Parliament House has to their own staff.”