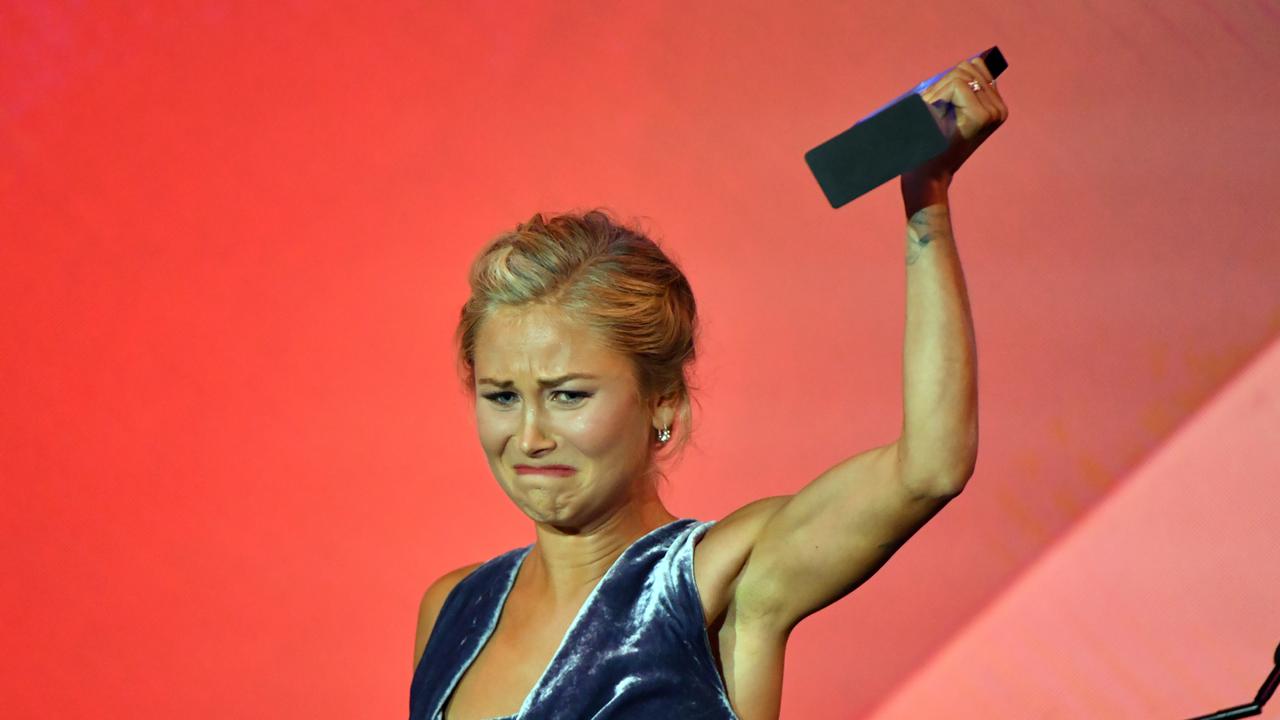 Suspicious betting placed on the 2021 Australian of the Year awards has been referred to police. (Mick Tsikas/AAP Image)

CANBERRA, Australia — Claims of suspicious betting placed on the 2021 Australian of the Year awards have been referred to the Australian Federal Police (AFP).

The National Australia Day Council initially referred betting on the awards to the Australian Criminal Intelligence Commission on Jan. 25.

Council chief executive Karlie Brand claims in a Senate estimates hearing on May 24 that the matter had now been passed on to the Australian Federal Police.

Tasmanian sexual assault survivor Grace Tame was named 2021 Australian of the Year, but betting outlets had her listed as a favorite before the announcement, with odds as low as AU$1.36 ($1.06).

Tame is an outspoken advocate for survivors of sexual assault, particularly those who were abused in institutional settings.

From age 15, Grace was groomed and raped by her 58-year-old maths teacher, who was found guilty and jailed for his crimes.

Grace couldn’t legally speak out about her experience as a result of Tasmania’s sexual assault victim gag laws. Assisted by the #LetHerSpeak campaign, who applied to the Supreme Court on Grace’s behalf, she won the right to publicly self-identify as a rape survivor.

Grace has used her voice to push for legal reform and raise public awareness about the impacts of sexual violence. She dedicated her award to all survivors of child sexual abuse.

Apart from this, Grace uses her media profile to advocate for other vulnerable groups in the community.

Brand claims that 191 people had signed non-disclosure agreements for the year’s awards, pledging not to reveal the name of the Australian of the Year before it was officially announced.

All staff, contractors, and broadcasters involved with the awards have to sign the agreement, which has a specific non-betting clause.

She told the committee she would support the banning of betting on the awards but had been told it was a matter for the Northern Territory government.

Amid media reports citing concerns within government ranks with the selection of Tame, Brand described Tame as “wonderful” and someone who had the council’s support.

“The board stands by its selection of Tame,” she said.

She declined to comment on Prime Minister Scott Morrison reportedly saying to Tame after her awards speech: “Gee, I bet it felt good to get that out.”

Morrison claimed in the parliament he was indicating it was a proud moment for Tame, and she had spoken with a “very strong voice.”