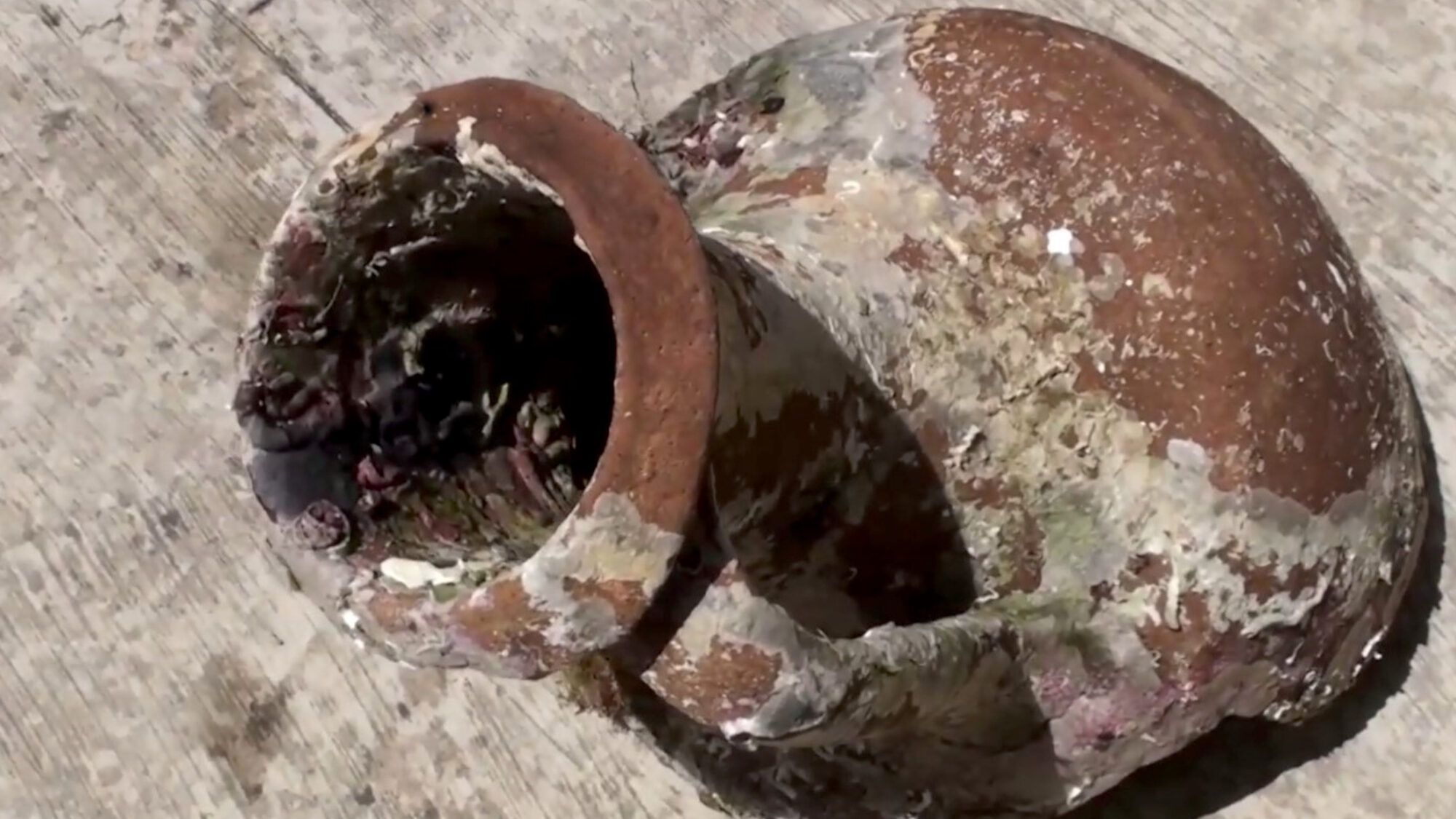 This amphora from some 5,000 years ago is one of four recovered recently off the coast of Sicily. (Arma dei Carabinieri/Zenger News)

Amphorae dating back some 5,000 years were recently recovered by dive units of the Italian police. The ancient containers were found in a seabed off the beach of Bue Marino along the northwest coast of Sicily.

The three Italian clay amphorae from the 4th century B.C. and a Punic amphora from the 3rd century B.C. are believed to have come from an ancient shipwreck.

Archaeologists say the area was an important commercial sea route connecting a number of Mediterranean cities.

Video of Palermo’s Carabinieri Command for the Protection of Cultural Heritage (TPC) mission shows the partly intact amphorae buried halfway in the seabed. The dive team uses nets, ropes and winches to haul the artifacts out of the water. They were then transferred to a desalination tank onshore.

The TPC was assisted by the Underwater Unit of Messina and Italy’s Superintendency of the Sea, which is holding the amphorae.

More archaeological explorations are being prepped for the area.