VIDEO: Howl I Get Out Of Here? Lost Wolf Prowls City Power Plant 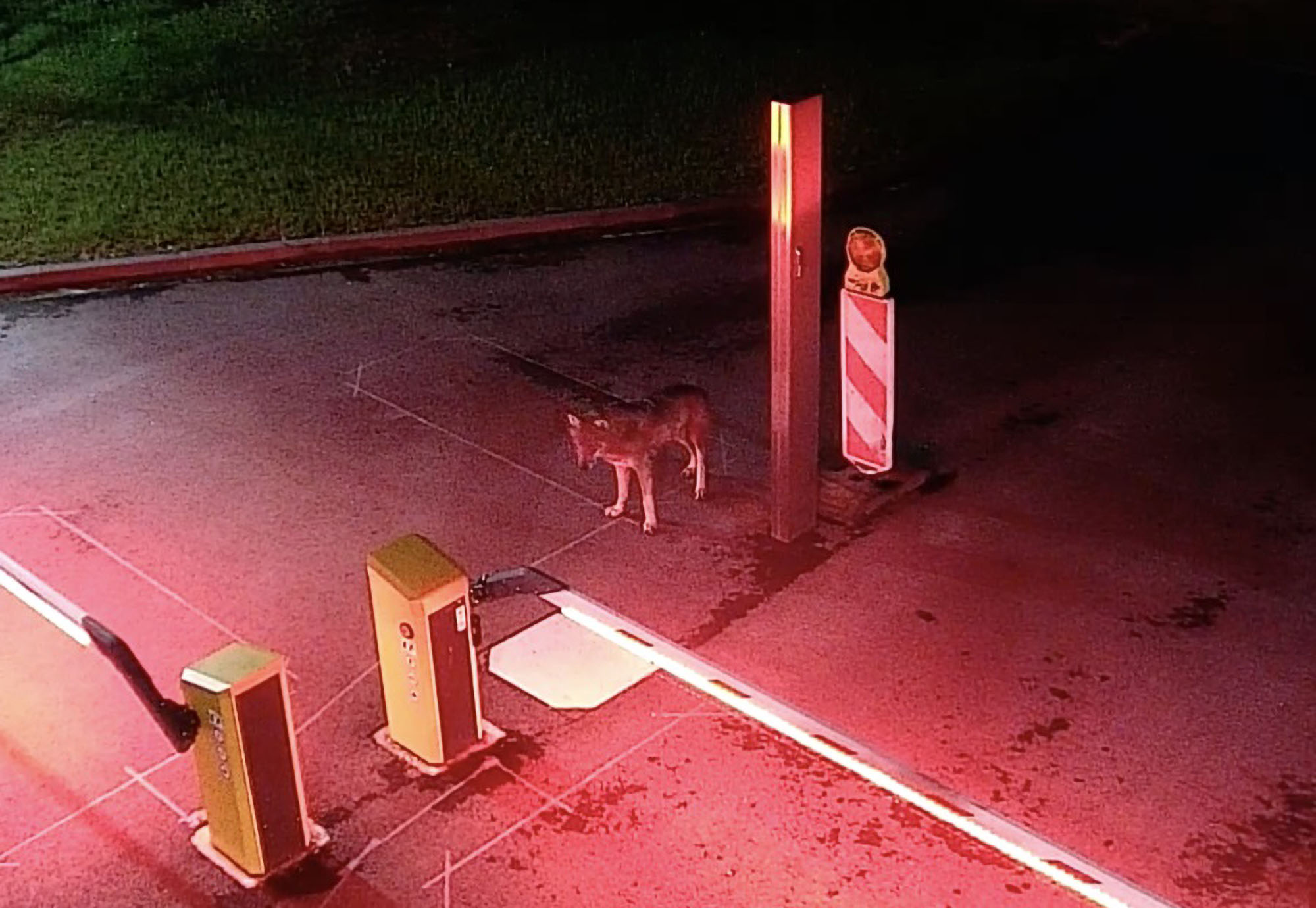 The wolf that appeared near the RheinEnergie power plant in Cologne, Germany on May 19. (RheinEnergie AG, Cologne/Zenger News)

An apparently confused wolf was captured on surveillance camera wandering outside a water and electricity supply company in Cologne, Germany.

The wolf appeared on the CCTV system of RheinEnergie AG as it roamed the property shortly after midnight on May 19.

RheinEnergie AG said in a press release that the wolf likely came from the greenway in the north of the city.  Nature (LANUV) officials and the Wolf Documentation and Advice Center confirmed the animal was a wolf, not a dog.

“This is extremely rare, but it happens,” an official from LANUV said. “The wolf, it just walks, and then it takes the wrong turn.”

The wolf was initially filmed close to the city center in the evening by a woman on her mobile phone, local reports said.

LANUV officials suspect the wolf is responsible for killing four sheep in another area on May 20.

Wolves leave their parents after they turn two and sometimes cross several hundred miles, wandering through unfamiliar terrain to find a new home, acording to LANUV. On rare occasions they end up in cities, usually by accident. They are not permanent residents in German cities, unlike foxes and wild boar, a LANUV spokesperson said.

There are four designated areas for wolves in the state of North Rhine-Westphalia, where the recent sighting occurred. Wolves were first detected in the area in 2009.