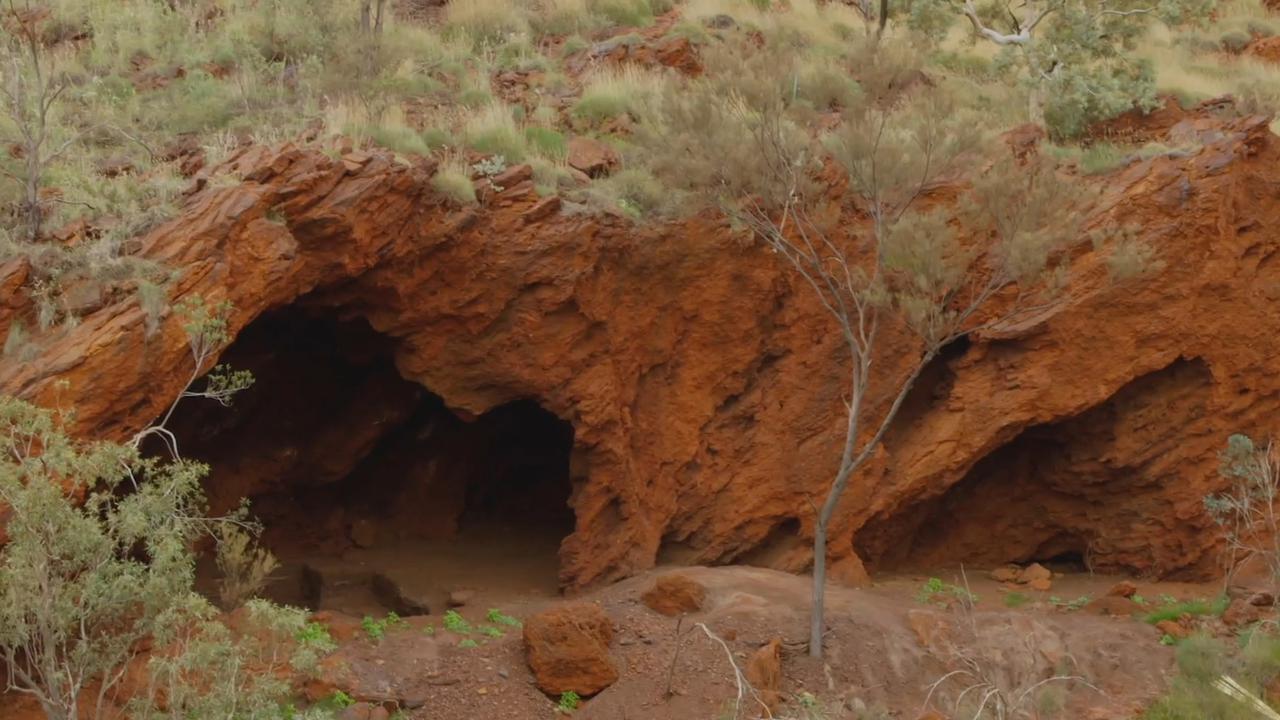 The 46,000-year-old Juukan Gorge caves were destroyed by mining giant Rio Tinto in May 2020. (Supplied by PKKP and PKKP Aboriginal Corporation/AAP Image)

PERTH, Australia — The traditional owners of the Juukan Gorge rock shelters are marking the one-year anniversary of the sacred site’s destruction.

The incident devastated the traditional owners, the Puutu Kunti Kurrama and Pinikura people, and prompted a global backlash.

Puutu Kunti Kurrama and Pinikura Aboriginal Corporation spokesman Burchell Hayes last week said traditional owners felt robbed of the opportunity to share their heritage with future generations and are devastated by the thought of it. 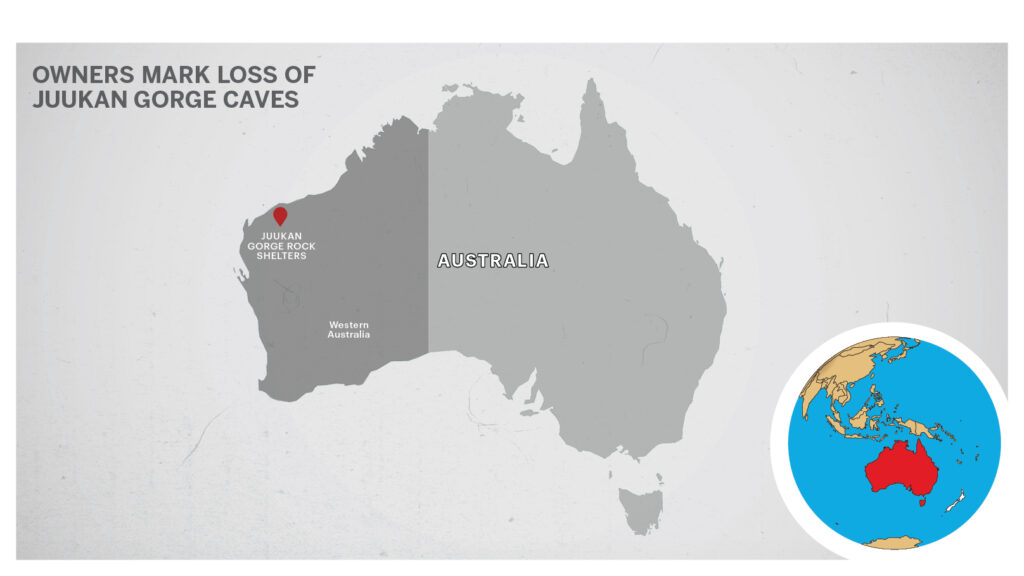 “You felt the emptiness that something was taken from you, something that was so significant to you and our community,” he said.

Hayes said the voices of traditional owners had too often been silenced and the Puutu Kunti Kurrama and Pinikura wanted “co-management” of projects on its country.

“We’re not opposed to mining, however, we want to ensure that we’re around the table when it comes to decisions about making an impact on our country,” he said.

“We’re not going to let this happen again.”

Expert reports commissioned by Rio had outlined the caves’ outstanding archeological and cultural significance long before they were blown up.

The parliamentary report submitted stated that On 24 May 2020, Rio Tinto conducted a blast as part of its extension of the Brockman 4 iron ore mine. The blast devastated Aboriginal heritage sites at Juukan Gorge, including two rock shelters of great cultural, ethnographic and archeological significance.

Rio has repeatedly apologized but said none of its executives were aware the caves would be destroyed until days before the blast when explosives had already been laid.

It is reassessing 1300 heritage sites in the Pilbara in consultation with traditional owners.

About 54 million tonnes of iron ore — less than two percent of its Pilbara iron ore reserves — have been quarantined to protect heritage sites.

A moratorium on mining has been placed on the Juukan site and the two parties are working to establish what compensation will be provided.

Hayes said “no amount of money” would ever replace the sacred caves.

“I’d rather have the rock shelter back than you write me a cheque,” he said.