Thousands are preparing to rally in Sydney and Melbourne, demanding the Morrison government stand up for Palestine
By Tracey Ferrier May 24, 2021
Facebook
Twitter
Linkedin
Email 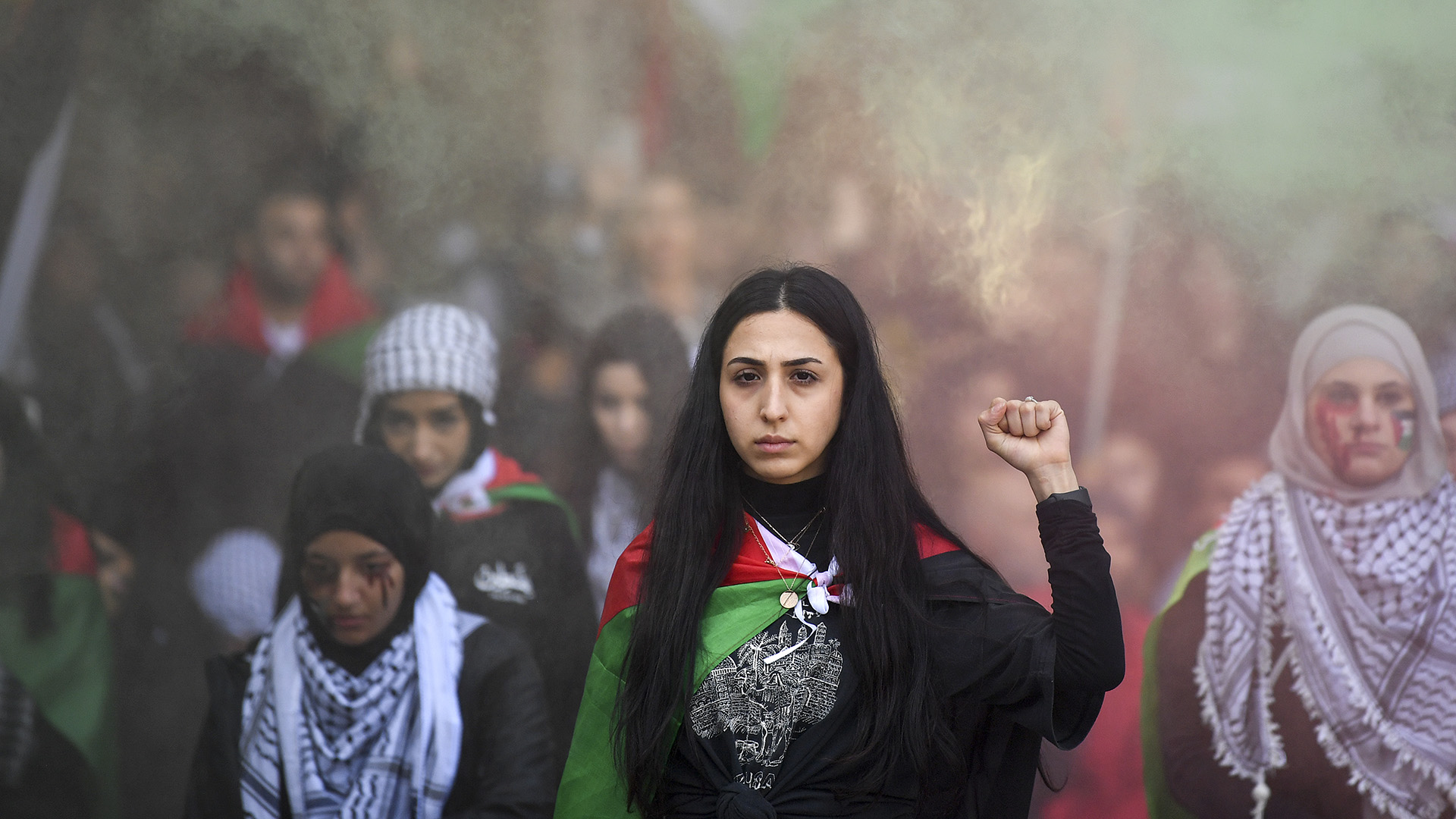 Protestors during a Rally for Palestine at Hyde Park, Sydney, May 22, 2021. A ceasefire between Israel and Hamas was announced after 11 days of fighting in the Middle East. (Joel Carrett/AAP Image)

SYDNEY — Australian Palestinians are preparing to rally in the country’s two biggest cities demanding the Morrison government finally act against Israel for decades of “ethnic cleansing”.

A fragile ceasefire is holding in Gaza after Israel and Hamas agreed to pause 11 days of bloodshed that’s so far killed about 250 Palestinians, including 66 children, and 12 Israeli civilians and a soldier.

Hundreds have also been wounded on both sides after Israeli forces tried to forcibly evict Palestinians from their homes in the neighborhood of Sheikh Jarrah and stormed the al-Aqsa mosque in Jerusalem.

The military forces of Israel Israel Defense Forces tweeted on May 21 “OPERATIONAL UPDATE: Since this morning, 300 rockets have been fired at Israel from Gaza. In response, we struck ~30 rocket launching posts & a number of terrorists launching rockets into Israel. We will continue to defend Israel.”

Thousands are expected at rallies in support of Palestinians in Sydney and Melbourne on May 22.

The Palestine Action Group‘s Dalia Al-Haj Qasem says the second rally in Sydney in two weeks is expected to attract at least 5000 people intent on piling pressure on the Morrison government.

“They don’t recognize any of the Human Rights Watch reports, or anything that is against Israel. We want that to change.”

She says Palestinian supporters are particularly incensed by the government’s position that the International Criminal Court should not investigate alleged war crimes by Israel because Australia does not consider Palestine a state.

Prime Minister Scott Morrison has urged both sides to exercise restraint, saying Israel has the right to defend itself and its people but also that Palestinians must be able to live safely.

“As a government, we believe in a two-state solution,” he said earlier this month.

Earlier this week, former deputy prime minister Barnaby Joyce said the international community wouldn’t be able to do anything to halt the conflict, and Australia shouldn’t even try.

He said he didn’t want to see any spillover of the conflict playing out in Australia.

“I don’t want their problems in our streets, whether it is Catholic/Protestant, a Yugoslav issue, a Sudan issue, it is on the other side of the world. We have enough problems closer to home,” Joyce told in a news’ Q&A program.

“If I get engrossed in Palestinian/Israeli politics, I take my mind off here.

“I don’t want to see someone else’s turd in my toilet and if you come to our country &mldr; flush it.”