Forced Conversions Of Girls To Islam Continue Unabated In Pakistan

Young girls, mostly Hindus from Sindh province, are falling prey to kidnappers who force them to embrace Islam and get married.
By Kunwar Khuldune Shahid May 24, 2021
Facebook
Twitter
Linkedin
Email 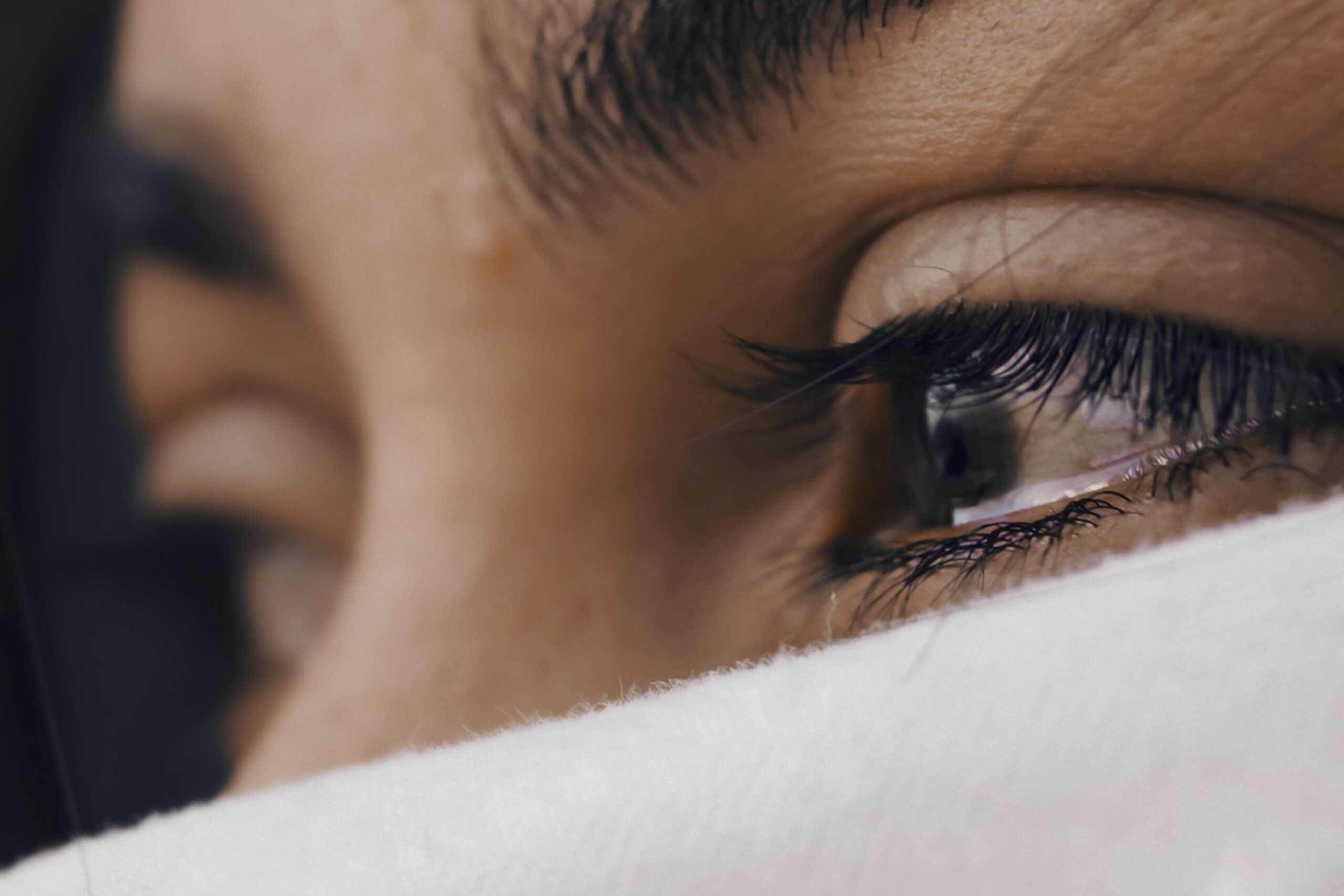 Nena’s case is being fought by High Court Advocate Bhagwan Das Bheel, who says Nena is under continuous threat from her abductor. (Luis Galvez/Unsplash)

LAHORE, Pakistan — For the first time in nearly three years, Shrimati Devi felt the warmth of her daughter’s embrace.

On May 1, her 14-year-old Nena Meghwar came rushing into their Aliabad colony home in Hyderabad city, Pakistan’s Sindh province.

Nena was trembling with fear, heavily injured, and begged her mother to hide her from her captives who might find her.

Devi was overwhelmed to see the daughter she had reluctantly presumed dead.

“I had lost all hopes of finding her,” Devi told Zenger News on May 18. She had just returned from the Sindh High Court’s circuit bench in Hyderabad after recording her statement.

“I couldn’t believe it when I saw her after all these years. I can’t describe my emotions. She held on to me tightly and didn’t let go. She was bleeding, and I could tell she had broken bones. They had been drugging her [in captivity].” 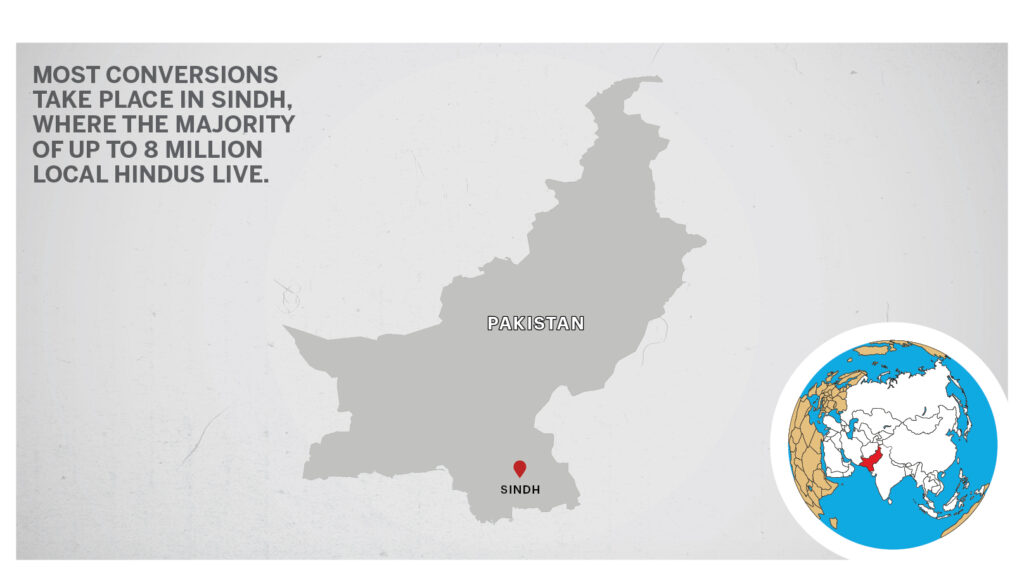 Nena and her parents, Devi and Budho Meghwar, lodged a First Information Report (FIR) on Sept. 24, 2018, at the local Bhitai Nagar police station against one Roshan Ali Chang for abduction.

Nena was abducted on Sept. 23, 2018, from a nearby house where she and her mother Devi had been working as domestic help.

She was immediately after forcibly converted to Islam and married to Chang.

Nena’s family says the local police weren’t helpful. The family members launched a protest after the abduction, demonstrating in front of the police station.

“They registered her coerced words that she had gone [to Chang] on her own. No one was listening to us,” Devi’s brother Veeru told Zenger News.

Nena, the family says, was forced into giving a statement in court that she had converted to Islam and got married out of her free will.

Nena’s birth certificate, a copy of which is available with Zenger News, shows her date of birth as July 5, 2006, establishing her as a 12-year-old at the time of her conversion from Hinduism to Islam and marriage to her abductor.

Her counsel says after the child marriage, the 12-year-old was forced into prostitution. The case filed in court reveals that Chang sold her to a stranger, who sold her to others.

“Nena even gave birth to a daughter (in 2019), whom she was forced to leave behind when she fled,” said Veeru. Nena’s counsel said that the teenager had had at least three abortions.

Nena’s case is being fought by High Court Advocate Bhagwan Das Bheel, who says Nena is under continuous threat from Chang.

“We’ve requested the court to ensure that no harm is caused to her by the respondents or the police,” Bheel told Zenger News.

The case filed by Bheel on May 18 also holds Hyderabad’s Senior Superintendent of Police, the Station House Officer of the local police station, and the state as respondents in addition to Chang.

The filed application says instead of taking cognizance against Chang, the police supported him, resulting in great apprehension that he might cause damage to Nena and her family.

“The act, attitude, and behavior [of the police] are illegal, void, improper and without jurisdiction and totally against the law, justice, and equity, and in clear violation of the Constitution,” the application states.

Nena’s is one of the hundreds of annual cases of forced conversions of mostly underage non-Muslim girls to Islam in Pakistan.

The South Asia Partnership-Pakistan and Human Rights Commission of Pakistan (HRCP) have maintained at least 1,000 women and girls from other faiths are forcibly converted to Islam every year in Pakistan.

A majority of these cases come from the Hindu population. And, the most conversions take place in Sindh, where the majority of up to 8 million local Hindus live. Rights groups like Amnesty International and Human Rights Watch have condemned forced conversions in Pakistan.

After a US news report castigated Pakistan for its forced conversions last year, the government condemned the claims, calling them “rubbish” and “baseless”. Special Assistant to Prime Minister on Religious Harmony Maulana Tahir Mehmood Ashrafi dubbed it a result of “Indian propaganda”.

A 2020 study by the Islamabad-based Institute of Policy Studies also described the reports of 1,000 annual conversions as being “out of proportion” and without “empirical evidence”.

However, Bheel says he has himself taken up hundreds of forced conversion cases.

“Over the past four years, I have contested over 500 cases of forced conversions in Hyderabad alone. Many of these are underage cases,” he said.

A Senate Committee, formed in 2019 to look into the claims of forced conversions, last year said there was a “degree of willingness on the girls’ part” to convert to Islam.

Pakistan’s Constitution bars conversion from Islam to other religions.

The country’s National Database and Registration Authority maintains that after an undertaking of Islam has been taken, “modification in religion from Islam shall not be allowed”.

Furthermore, legal experts maintain that apostasy—deemed synonymous with blasphemy in many Islamic schools of thought and in other Muslim states that uphold capital punishment for sacrilege—can be punishable by death under Pakistan’s blasphemy laws.

“After they give an undertaking of accepting Islam, the courts look at the case from a religious point of view,” said Bheel.

While the country’s blasphemy laws suppress any discussion on the freedom to leave Islam, efforts to elevate the conversion age from other religions to Islam at 18 years have also been shot down.

Islamist parties and the government’s advisory body Council of Islamic Ideology have maintained that setting an age limit on converting to Islam is “un-Islamic”.

A bill against forced conversion was adopted in Sindh Assembly in 2016. But it was rejected by the provincial governor Saeed-uz-Zaman Siddiqui, citing examples from the Islamic history of adolescent conversions.

Ramesh Vankwani, the patron-in-chief of Pakistan Hindu Council, who presented the forced conversion bill via the Child Marriage Restraint Act (Amendment) Bill 2019 and the Criminal Law (Protection of Minorities) Act 2019 in the National Assembly, urged the government to establish the minimum age to change religion at 18.

The proposed bills also requested a 21-day period in a safe house to ensure that conversion has taken place out of the complete free will and without any coercion.

“When we say ‘forced’ conversion, it is because of the age,” Vankwani told Zenger News. “Once the age has been set at 18, no one will call it forced.”

The lawmaker maintains that with a voting age set at 18, it will only be logical to set the same minimum age to change religion.

In 2014, Vankwani told Pakistan’s Parliament that over 5,000 Pakistani Hindus were leaving for India annually, citing forced conversions as one way local Hindus are persecuted.

“I have presented another [updated] bill on forced conversions, and I hope that it will be passed,” Vankwani said.

Meanwhile, as the Pakistani legislature looks to debate the forced conversions of its non-Muslim population, with many parliamentarians still maintaining that no such criminal practice is undergoing, Devi only has her daughter’s wellbeing on her mind.

“Injustice was done to us. I shouted and screamed at the police and higher-ups, but no one listened,” Devi said. “Now, I only want my child to be safe.”