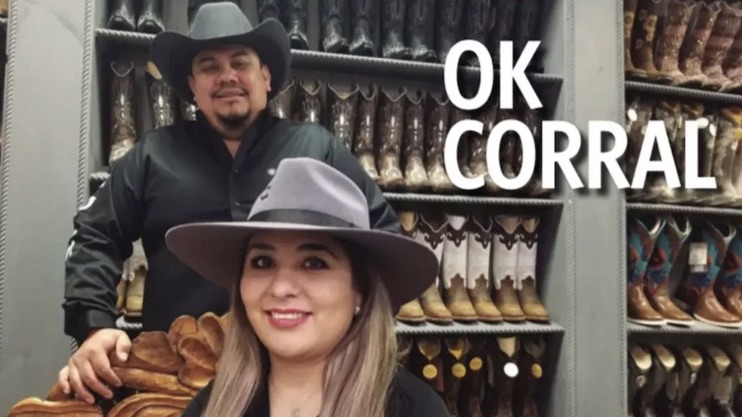 “Riding on the web”, advertise the owners of Ok Corral, Jorge and Sara Herrera, seeking to expand their customer base. (Negocios Now)

When Sara and Jorge Herrera, owners of Ok Corral, opened their Western wear business in Chicago seven years ago, they did not have a virtual platform to show their products to the rest of the world.

But this has changed, partly because COVID-19 is transforming business. The Herreras are launching their website, which opens a new chapter in the family enterprise.

“I’m thrilled; it’s what we wanted. We have had it for two weeks, and we are still adding the products,” said Jorge Herrera.

“Right now, given the way things are, it will be a great support for the business,” said Herrera. During the first months of the pandmic, their business finances were “very tight,” although recently, sales at its two locations in Chicago have improved.

The Herreras already sell their products in several states, including New York, Georgia, Colorado and North Carolina. However, they know the web page will help them grow the wholesale business throughout the country in the short term.

“I am going to dive deep into the page because I am the one who moves the wholesale. I will constantly be publishing and posting ads. It will work for us,” said the entrepreneur.

To those who still question the benefits a website like Ok Corral’s can bring, Herrera said the internet “is already the future. It is the way to get more customers because you can have customers all over the United States. At a physical location, it’s only the people in the store.”

Born in San Luis Potosí, Mexico, Herrera worked as a welder and carpenter upon arriving in the United States. He was also a seller for a wholesaler of cowboy boots and other Western items, where he became acquainted with this world.

Seven years after opening Ok Corral with his wife, Herrera is confident the website, designed by Patricia Aguilar and her company FourStar Branding, will make a big difference.

Aguilar’s marketing company serves small businesses — such as the Herreras’ — with the professionalism she learned working with “one of the biggest brands of the planet.”

When asked about FourStar Branding, she said: “It is a suite of branded services designed to align the value proposition with visual assets that serve startups, minority-owned small businesses, and nonprofit organizations to promote and increase economic empowerment and the community’s wealth.”