Australian oyster farmers had to contend with bush fires and floods as well as the Covid pandemic, which closed their avenues. 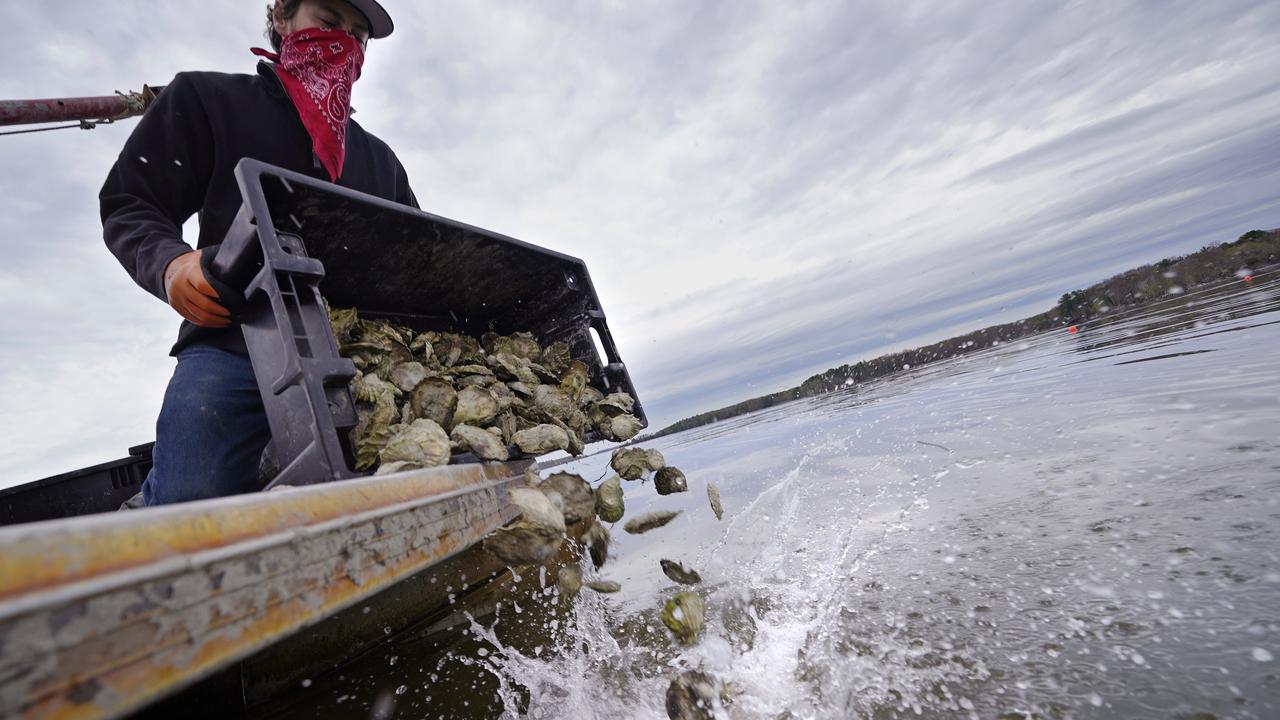 Bushfires, floods and Covid have wreaked havoc on oyster leases around the country. (AAP Image)

SYDNEY — Australia’s oyster farmers are a hardy lot — and recent events mean they have had to be.

Kel Henry is still repairing lines and posts at his leases on Wonboyn Lake in the Australian state of New South Wales Sapphire Coast after three floods since March.

“It’s been an across-the-board loss. Everyone across the lake has copped a similar impact,” Henry said.

He would sell about 40,000 dozen Sydney Rock Oysters into the Sydney wholesale markets in a normal year, but the floods look like they’ve knocked out about five months of sales.

“We did have significant damage … but once we get through this, we’ve got a good few years ahead,” Henry said.

He is at pains to point out that his operation has fared far better than some.

Over the past 18 months, bushfires and floods have wreaked havoc on oyster leases around the country, affecting water quality and destroying valuable equipment.

“It’s been one thing after another for a long time,” Andy Myers from Oysters Australia said.

“But the farmers are a pretty hardy bunch. They are used to working in that natural environment where things are a bit out of their control. They tend to look for how they can recover and how they can rebound,” he said.

On top of all this, about 70 percent of Australia’s oysters are sold to hospitality venues – many of which were forced to close for part of 2020.

As a result, some operators have switched from selling the bulk of their oysters to restaurants to supplying consumers online, complete with storage and shucking instructions.

But with an uncertain market for the prized shellfish in 2020, many farmers did not buy their usual stock of young Pacific Oysters from hatcheries, which could mean a squeeze on future supply.

And it’s too early to say whether the floods have also impacted this year’s wild catch of young Sydney Rock Oysters.

While Pacific Oysters are ready in one to two years, Sydney Rock Oysters take three to four years to mature, so it may be some time before the full impact of the fires and floods becomes apparent.

“There are a lot of different things going on, and they take a long time to play out,” Myers said.

Henry hopes that with a bit more work, his leases will be back in full production.

“Onwards and upwards, we’ve been belted so many times over the past two years. If you didn’t try to find the upside, you’d go mad,” he said.