Court rules that the Building Bridges Initiative to a United Kenya started by Kenyatta in 2018, is illegal.
By Kipchumba Some May 23, 2021
Facebook
Twitter
Linkedin
Email 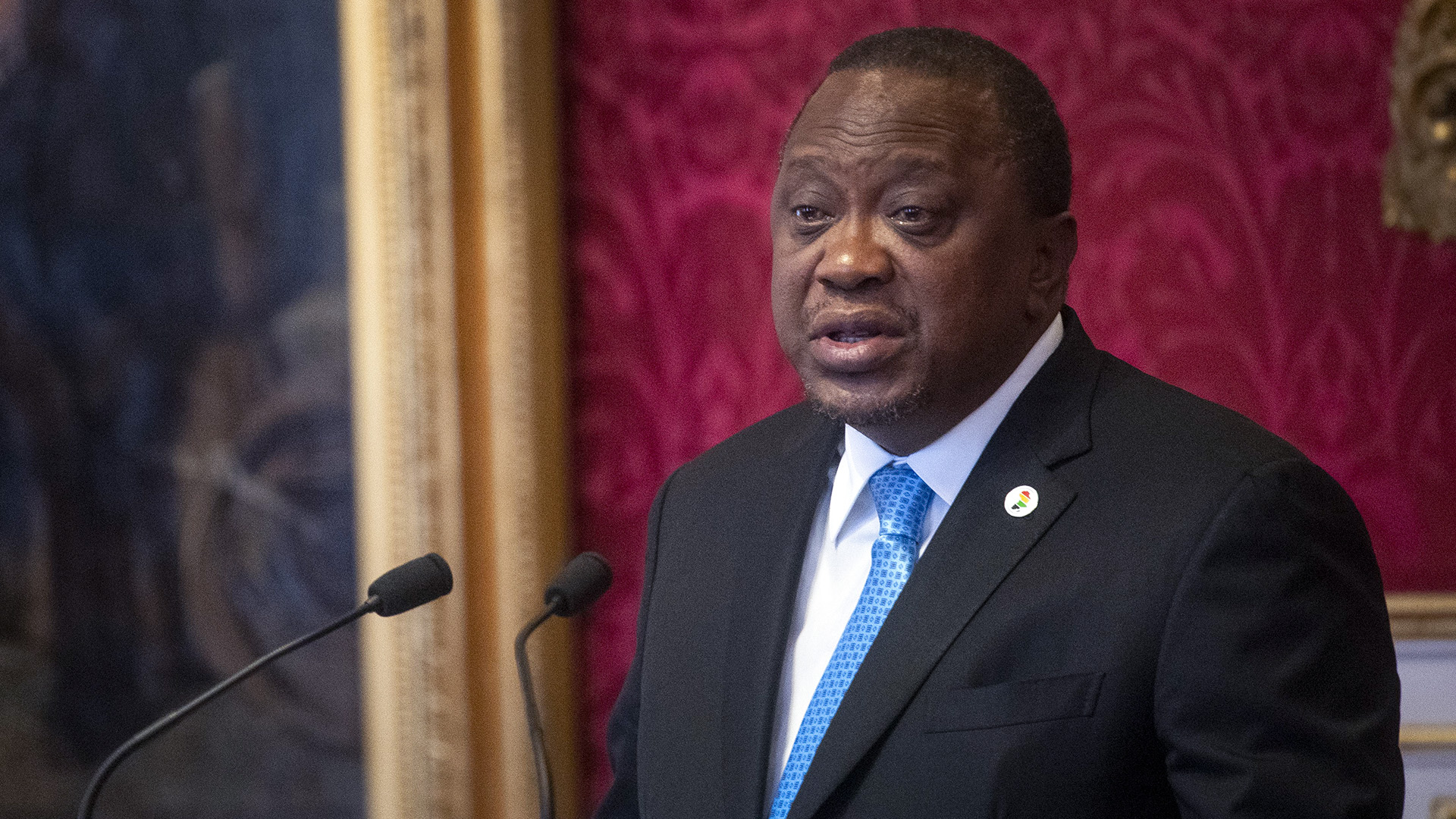 In its ruling, a five-judge bench of the High Court said that Kenyatta acted illegally when he took the steering wheel to drive the Building Bridges Initiative to a United Kenya, the vehicle he was using to seek the constitutional changes.

Kenyatta formed the initiative following his surprise March 9, 2018, “handshake” with Odinga on the steps of Harambee House, the President’s office in Nairobi.

Odinga was Kenyatta’s primary challenger in the 2013 and 2017 presidential elections, marred by much violence between their supporters. 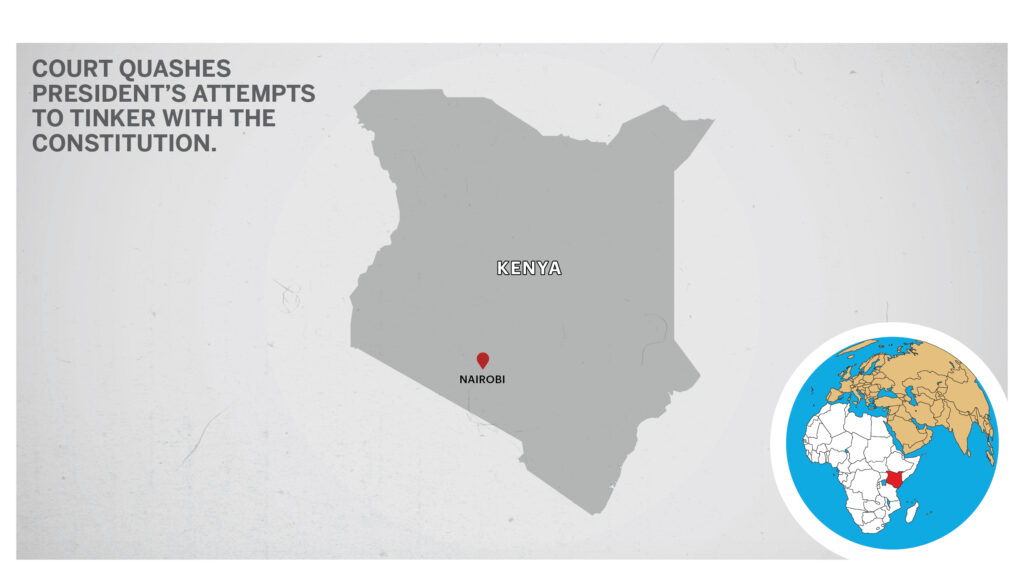 He then announced the formation of the Building Bridges Initiative and appointed a 14-member task force to spearhead its activities.

The task force collected views of Kenyans and delivered its report in October 2020 to Kenyatta and Odinga, in which they recommended amending the Constitution of Kenya, 2010.

The Building Bridges Initiative proposed expanding the executive by reintroducing the role of a prime minister and two deputies.

Further, it proposed creating 70 new constituencies and that Kenya’s 47 counties get an additional share of the national budget.

It also suggested introducing an independent office of a judiciary ombudsman appointed by the head of state.

Kenyatta and Odinga then went around the country, popularizing the report. They led the collection of 4.4 million signatures handed over by the task force to the Independent Electoral and Boundaries Commission in December 2020. This was to verify that more than one million Kenyans backed the initiative, as required by the constitution.

In their plan, members of the task force estimated that a national referendum would be conducted in mid-2021 to pass the constitutional changes.

The electoral commission then submitted the Constitution of Kenya (Amendment) Bill, 2020, to the 47 county assemblies. It got huge support leading to Bill’s introduction to the Senate and the National Assembly.

After both houses of parliament passed it, Kenyatta would have assented to it, thus giving the electoral body the go-ahead to conduct a referendum—until the court intervened.

The five-member bench of judges Joel Ngugi, George Odunga, Jairus Ngaah, Teresia Matheka, and Chacha Mwita ruled that forming the Building Bridges Initiative was illegal since Kenyatta was initiating a process that ordinary citizens should have started.

“A popular initiative to amend the constitution can only be started by the people, not the government,” said the judges, in a four-hour televised ruling.

The judges were giving their verdict in a set of consolidated eight cases filed by constitutional activists and ordinary Kenyans against the proposed constitution.

The petitioners challenged the process by which the Building Bridges Initiative was formed and the contents of their report, which were adopted as the Constitution of Kenya (Amendment) Bill, 2020.

Legal experts who spoke to Zenger News over the ruling and the Building Bridges Initiative process gave diverse opinions.

Ben Sihanya, a law professor at the University of Nairobi, faulted the ruling saying that the judgment was ill-intended and purely academic in a very negative way.

“The judgment was full of theory and no proper context, and if the decision is to be followed, then we cannot have amendment by popular initiative,” he told Zenger News.

Sihanya, who was part of those that drafted the Building Bridges Initiative Bill, said the decision of the five judges was “over-enthusiastic”.

He said that the judgment directed its wrath at Kenyatta, who only initiated the process, saying that the drivers of the Building Bridges Initiative were former Dagoretti South MP Dennis Waweru and his Suna East counterpart Junet Mohammed.

“The judges have a bad feeling with Kenyatta, yet we all know that the process began with the handshake, and he gave direction at the time. Here, we got an issue of promoters and initiators, which are two different processes. Kenyatta drove the amendments and promoting is not undermining.”

He said that if the promoters of the constitutional changes were dissatisfied with the High Court decision, they were also free to move to the Court of Appeal.

“It is clear that Building Bridges Initiative was being rushed at an indecent speed,” he said.

“Through the constitution and the ruling, it emerged that they were chasing the timelines so that they don’t get late in passing their agenda.”

“The constitution states that any fundamental changes to electoral boundaries should be done 12 months before the general election — meaning that it should be done before August 2021,” he said.

Kanjama said the judges were bold and that they had clearly shown that the judiciary was independent of the executive since they had made a ruling that applied the law as it is.

“The judges were firm, and they proved that the President has to be subject to court processes as per Chapter Six of the Kenyan Constitution. Kenyans are not used to such rulings. The people donate Kenyatta’s powers, and he should involve them meaningfully in such key national projects,” he said.

The proposed constitutional changes have also been a source of friction between Kenyatta and his deputy William Samoei Ruto, who has often said that a national referendum is not a priority for Kenyans given the stress on the Kenyan economy due to the Covid-19 pandemic.

“Our democracy is anchored on the rule of law, constitutionalism, separation of powers, and respect for independent institutions,” Ruto tweeted on May 14.

“All patriotic citizen (sic!) must defend these tenets, just like the judiciary did. Now let’s focus on Covid vaccination, economic recovery, the Big4, and stay united.”

Critics of the proposed constitutional changes also questioned the wisdom of holding an expensive national referendum barely a year to August 2022 presidential elections.

The Building Bridges Initiative is also closely linked to the battle to succeed Kenyatta, who steps down in August 2022.

Attorney General Paul Kihara Kariuki appealed the verdict on May 17.