Amazon's miniTV is an ad-supported, free streaming service within the app.
By Abinaya Vijayaraghavan May 23, 2021
Facebook
Twitter
Linkedin
Email 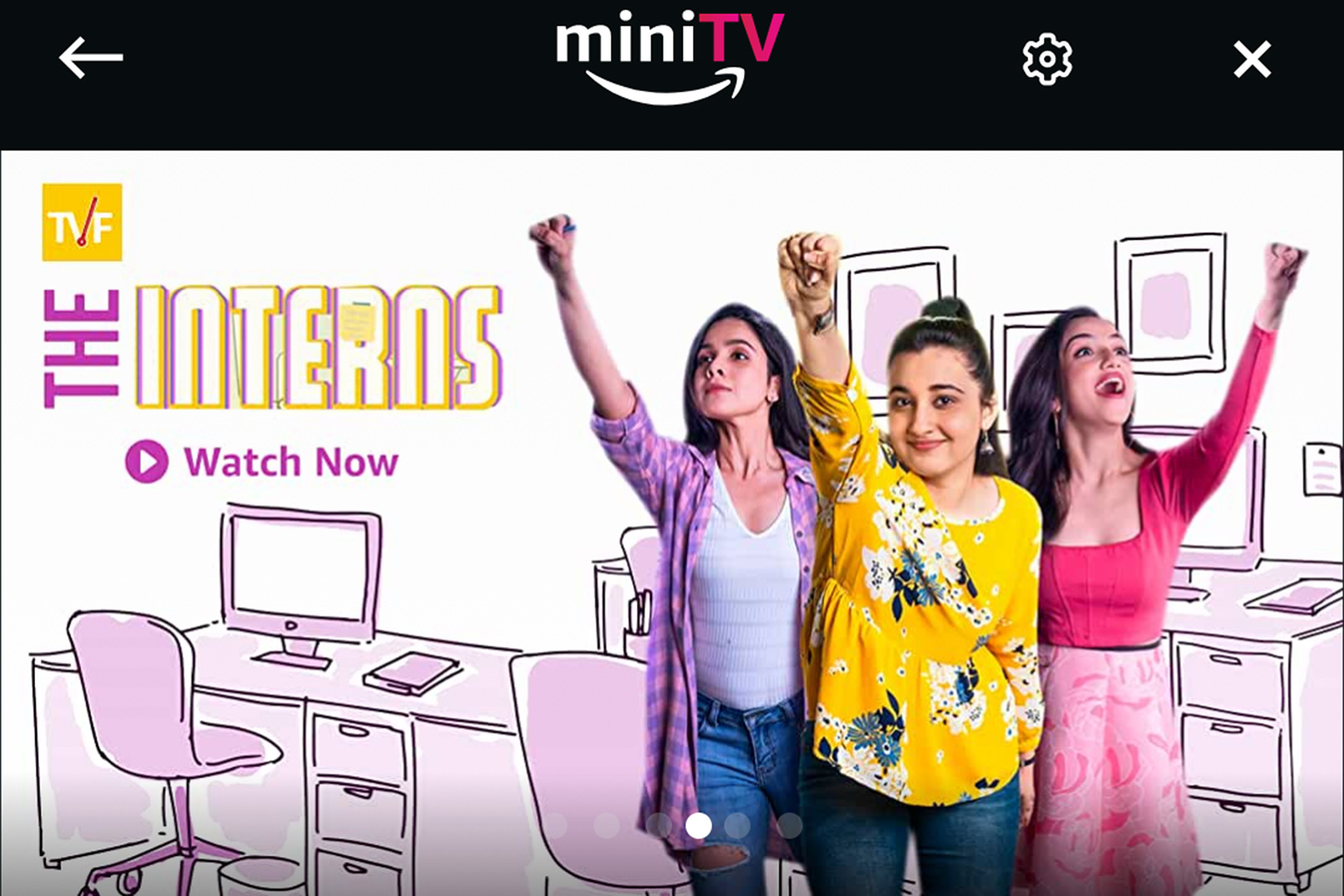 CHENNAI, India — As the race to attain the numero uno position in Indian e-commerce heats up, Jeff Bezos-owned Amazon, with the launch of miniTV, is expanding into newer avenues to woo customers and increase their brand loyalty.

Facing stiff competition from Walmart-owned Flipkart and the latest entrant, JioMart, owned by India’s richest man Mukesh Ambani, Amazon is eyeing diversification to keep its nose ahead in the race.

It launched miniTV — a free, ad-supported video streaming service — within its shopping app in India. In a first for Amazon, the service is only available to the users of the Amazon India app. It is the firm’s second streaming offering after its subscription-based app Prime Video.

“With the launch of miniTV, Amazon.in shopping app is now a single destination for customers to shop from millions of products, make payments and watch free entertainment videos.”

The company said it has tied up with content studios such TVF and Pocket Aces, along with comedians, fashion and beauty experts, and cooking channels from YouTube. The new streaming service will add new and exclusive videos in the coming months, as per the blog post.

However, the service is only available to Android users, as the firm will soon launch the iOS and mobile web versions.

There is a distinction between miniTV and Amazon Prime. The former is located within the shopping app and features ads, while the latter is a paid, ad-free subscription.

Amazon and Flipkart are the primary contenders in India’s e-commerce market, expected to be valued at $111 billion by 2024 and surpass the US to become the world’s second-largest e-commerce market by 2034.

Both are looking for deeper penetration and growth from the tier-II and tier-III cities in India, with smaller cities accounting for a larger share of e-commerce sales. One of the ways to increase the users’ consumption time on the app is through video content.

Keeping the content free serves a twin purpose. Firstly, it gives users reasons to stay on the app other than just shopping. Secondly, the longer the in-app time, the better it is for the technological algorithms to glean customer data and patterns that could be used to better tailor to consumer services.

“Today, life revolves around your laptop and phone, and you need to grab maximum digital eyeballs for any transaction,” Sreedhar Prasad, an independent analyst, told Zenger News.

“With videos becoming the most preferred content consumption form these days, the degree of engagement on a platform significantly enhances when they launch video-based content.”

Prasad considers the availability of multiple online streaming platforms as one of the major reasons for such trending features.

“Bite-size consumption is a big thing right now, so you can garner eyeballs and sell advertising space to sellers inside the short video,” he said.

E-commerce firms are also testing the use case for video commerce. Video commerce uses visual content to sell products and services to increase sales. It is still a nascent segment in India.

“They are testing these streaming services since the app is already installed.”

Explaining the route adopted by e-commerce majors to further garner consumers, Meena said: “Amazon is testing whether it can move into live-streaming and video commerce. So, they are trying to get consumer data from this to see if they want to invest in this kind of commerce. Flipkart is strong in tier-II, III cities, and beyond, while Amazon is strong in the metros. This free content will be an entry for Amazon in those areas also.”

This is in line with the new Reserve Bank of India mandate that requires an Additional Factor of Authentication for recurring online payments to make digital transactions safer.

The Additional Factor of Authentication requires a user to “know something” more such as the username and password, and possess a phone for verification. This ensures extra safety as fraudsters will have to steal the account details and the phone to access the account.

While the Reserve Bank of India mandated March 31 as the date for its implementation, it later extended the date to September 30. The order rules for using Additional Factor of Authentication during points like registration and the first transaction. For recurring payments of over INR 5,000 ($68.3), banks must send customers a one-time password.

“During the extended timeline, no new mandate for recurring online transactions shall be registered by stakeholders unless such mandates are compliant with the framework,” the Reserve Bank said. Essentially, any company that uses the recurring payments option cannot register new users until they comply with the new rules.

Earlier this month, Google Play suspended sign-ups for auto-renewing subscriptions. It removed free trials and introductory pricing from apps in India until the central bank’s norms are complied with.

“We have a customer base, maybe around 10 million people, that pays. But beyond that, you need specific plans to cater to Indian consumers. Companies are cutting down the price and duration of the [streaming] plans to broaden the base. That’s what they are doing by partnering with telecom firms to offer streaming packages with data as well,” Meena said.