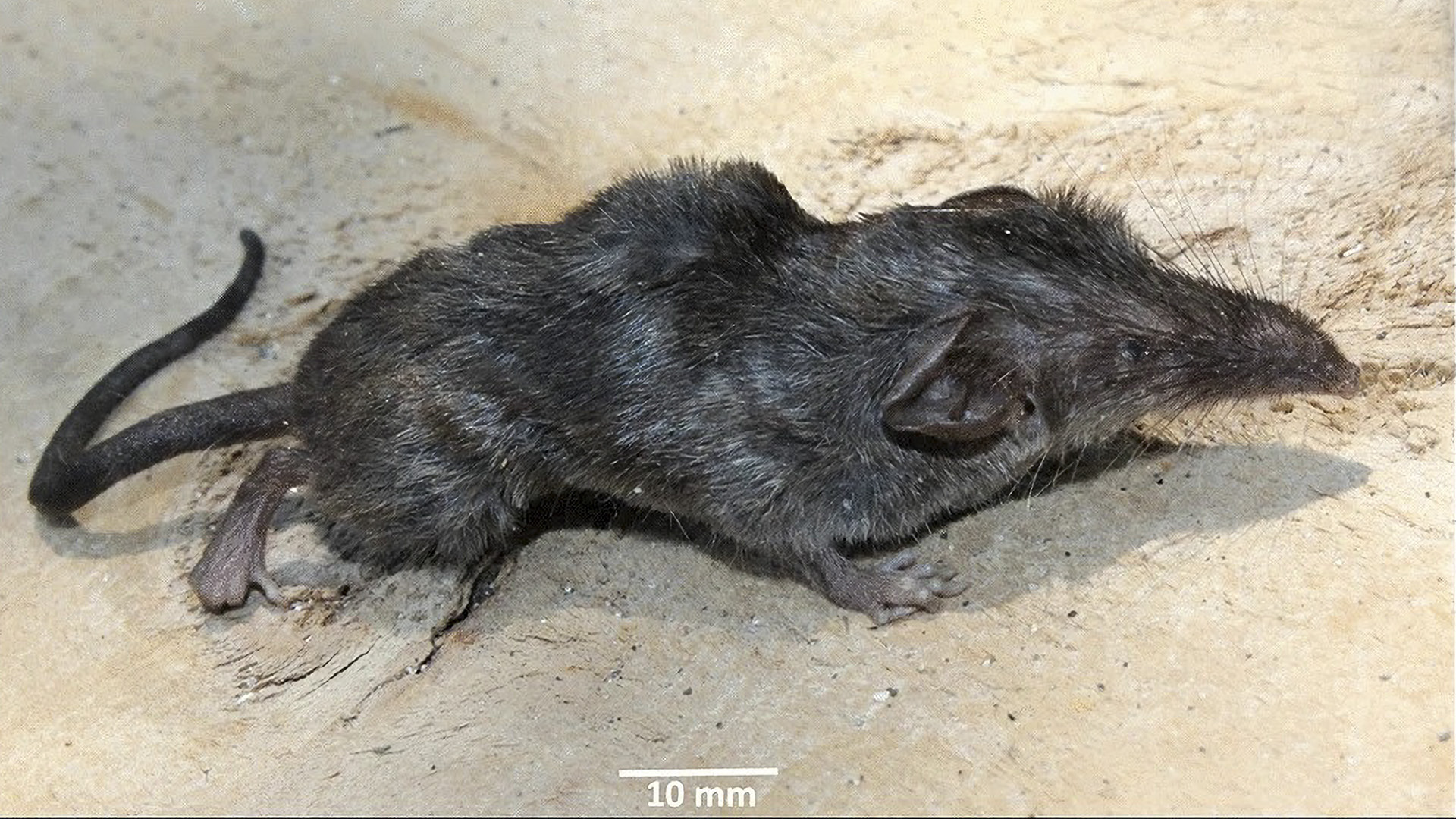 The species ‘Crocidura Narcondamica’, named after the island on which they were discovered, is a first-of-its-kind discovery in India in the last four decades. (Nature.com)

KOLKATA, India — The Zoological Survey of India has discovered a new species of an insectivorous mammal — a white-toothed shrew — on the Andaman and Nicobar archipelago in India.

A shrew is a tiny mammal that resembles a mouse. They feed on insects and live on the sub-leaf stratum or ground of the forest.

The species ‘Crocidura Narcondamica’, named after the island on which they were discovered, is a first-of-its-kind discovery in India in the last four decades.

“This discovery increases the number of white-toothed shrew species in India from 11 to 12,” tweeted the Indian Ministry of Environment Forest and Climate Change. 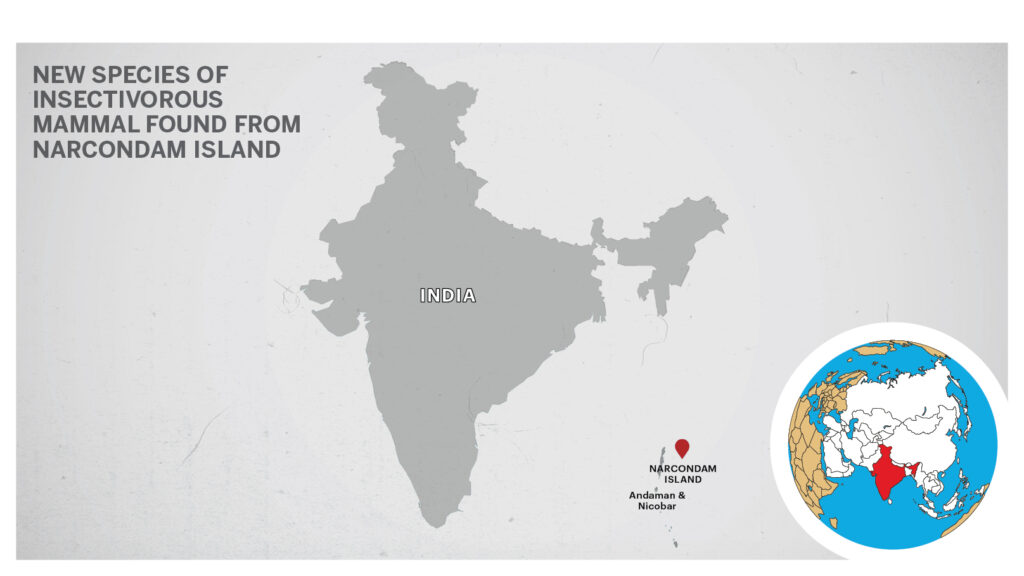 “The new species is named after the type locality, Narcondam Island, regarded as a volcanic island situated in the Andaman and Nicobar archipelago, India.”

Crocidura is a widespread genus with 198 species occurring in Africa, Europe, and Asia — making it the most species-rich genus of mammals.

The last insect-eating mammal was found from the Mount Harriet National Park in South Andaman Island in 1978 and was named Jenkin’s shrew. The mammal is now listed as critically endangered in the International Union for Conservation of Nature Red List.

Jenkin’s shrew is assessed as critically endangered because its extent of occurrence is approximately 78 square kilometers, all individuals are in a single location (South Andaman Island), and there is continuing decline in the extent and quality of its habitat.

“The new species is of medium size and has a darker grey dense fur with a thick, darker tail in comparison to other similar species,” Chandrakasan Sivaperuman, scientist and officer-in-charge, at the Andaman & Nicobar Regional Centre of the Zoological Survey of India, told Zenger News.

“It has craniodental characters (braincase is rounded and elevated with weak connective tissue joining the skull). We discovered the new species by using morphological and molecular approaches.”

Morphology is the study of the size, shape, and structure of animals, plants, microorganisms, and their constituent parts’ relationships. The molecular approach includes studying molecules such as the protein, DNA, and RNA of different species.

Sivaperuman said this was the first discovery of a shrew from this volcanic island (Narcodam Island). The new species was collected from a littoral forest along the coastline at an 11-meter elevation.

“It shows substantial genetic distances (12.02 percent to 16.61 percent) to other closer species known from the Indian mainland, the Andaman and Nicobar archipelago, Myanmar, and Sumatra.”

He told Zenger News that with this discovery, the number of mammals in India increased from 429 to 430.

Govindarasu Gokulakrishnan, a research associate at the Zoological Survey of India, told Zenger News the mammal prefers staying on the ground and controls the insect population on the island by feeding off them.

“The species will not face human disturbances as the island is uninhabited,” Gokulakrishnan, who collected the shrew on April 17, 2020, said.

“No disturbances were observed in the habitat except for a security post. However, due to associated limited population size, there is an increased vulnerability of the species.”

Elaborating about the existing species of shrews, he said: “The Andaman Nicobar archipelago is known to house only a single genus shrew, with four species, namely the Andaman shrew, the Andaman spiny shrew, Jenkin’s shrew, and the Nicobar shrew.”

Due to their secretive behavior, shrews are regarded as the least studied mammalian group.

In the past two decades, 24 species from the Crocidura family were discovered. Of these, 15 were discovered in the Indo-Malayan region and Sundaland, particularly from the continental islands.

The Indo-Malayan region is one of the eight biogeographic realms in the world.

“There are few endemic families. Only four endemic mammal families are present and include the tarsiers and tree shrews, spiny dormice, and the flying lemurs.”

Narcondam Island is located about 130 kilometers (81 miles) east of North Andaman and roughly 446 kilometers (227 miles) off the west coast of Myanmar.

The island covers a paltry 6.8 square kilometers, and the highest peak (a volcanic cone) is 710 meters above sea level. However, the base of the peak lies approximately 1,500 meters beneath the sea.

As per reports by UNESCO, the climatic condition of this small, conical island is humid, tropical, and coastal. The island is thickly vegetated, bordered by cliffs on the southern side, and crested by three peaks.

“The property is also notified as a sanctuary under the provisions of the Wildlife (Protection) Act, 1972, granting it further protection,” states a report.

The scientists who found the new shrew species state in a study report that “a few hitherto unreported shrew species exist beyond the known biogeographic distribution of the group in the Andaman Nicobar archipelago, which warrants further investigation.”