This Mexican delicacy is the fusion of pre-Colombian and European ingredients. 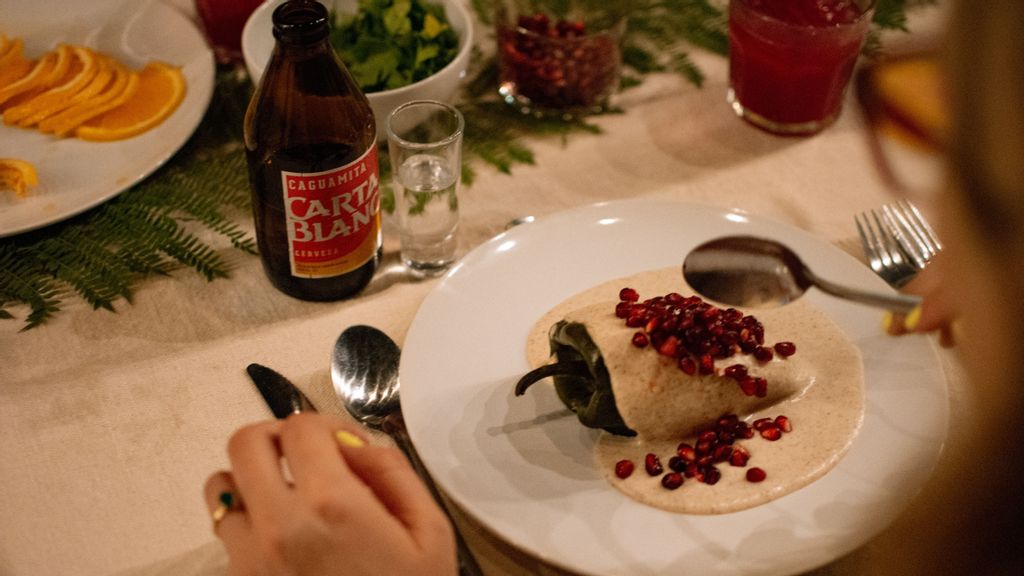 Chili pepper is an iconic Mexican fruit. It can be used as a spice, in salads, cut into chunks or stuffed. Chiles rellenos is one of Mexico’s traditional dishes.

“Chiles rellenos — stuffed peppers — is a characteristic dish in Mexico’s gastronomy,” said Rodolfo Vázquez Figueroa, a graduate of gastronomy from Le Chef College in Boca del Rio, Veracruz. “The dish can have different types of chili, but the most common is the poblano pepper.”

The poblano pepper is the ideal chili for stuffing, due to its size and ease of filling. Homemade stuffed chili usually has a picadillo or quesillo filling. A healthier version of the dish has tuna and tomato without the cheese.

Other variations of the dish include jalapeño peppers (without the seeds) with ground beef or chicken fillings.

“Moreover, in some places, they even fill the peppers with shellfish. One of the most popular stuffed peppers variants is the chiles en nogada,” said Vázquez Figueroa.

Some stuffed peppers have a batter coating. The traditional batter recipe is egg yolk with flour, but some use hot cake flour instead.

“The most important thing besides knowing how to cook the filling is how to make the batter,” said Vázquez Figueroa. “The chili can be eaten freshly made or in a tomato-based sauce. It is a filling and complete dish.”

The dish has also earned the love and respect of internationally recognized restaurants. The chile en nogada was first prepared by decree of the first and only monarch of independent Mexico, Agustín de Iturbide, in 1821. It was the dish he ate after signing.

Today, Mexican families have preserved the traditional way of preparing the stuffed peppers.

“The important thing is to ‘tatemar’ (roast the chile) correctly. The poblano pepper is put over direct heat to be able to peel the skin layer that protects the chili,” said Claudia Requejo Álvarez, a housewife living in the city of Veracruz.

“It is important to remember that once burned, the chili must be put in a plastic bag, so it can ‘sweat’ and the skin becomes easily removable. That is the secret to its flavor. Only then can one fill them with ground meat, cheese or even shrimp,” said Requejo Álvarez.

Put the peppers over direct heat until their skin burn. Once burned, put them inside a plastic bag to make them sweat, so the skin is easy to remove.

Beat the egg till foam appears and put them in a heated and oiled saucepan.

Cut the chilies in half and stuff them with cheese; mince according to taste. Flour them and dip in the egg whites. Submerge them in hot oil and remove the peppers when the batter turns a golden-brown color. Drain any excess soil. Serve.