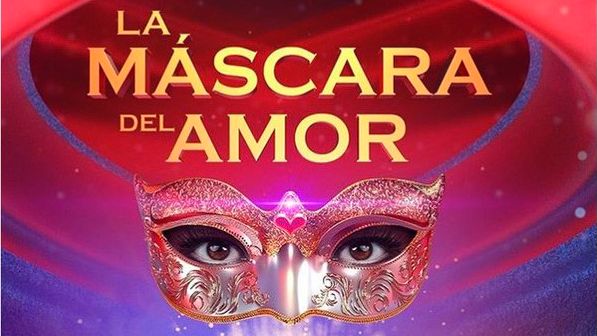 Vale’s show isn’t a run-of-the-mill romantic competition. Instead, “La Máscara del Amor” (The Mask of Love) will feature contestants participating in games designed to get to know five mysterious suitors — who wear masks. At the end, contestants must choose between love and a cash prize and reveal their faces.

“I’m excited to join the Estrella TV team in hosting this unique and fun dating show ‘La Máscara del Amor,’” said Vale, a Mexico City-born actress. “Many of my single friends say how hard it is to meet someone. This series is a new twist on how people make personal love connections beyond typical first-date pleasantries.”

The show is already in production at the network’s studios in Burbank, California, following COVID-19 protocols, according to Estrella TV. Produced by Estrella Media and Alton River Media, it will debut on May 27.

“Angélica is a natural fit for this unique role, as it’s a hybrid of hosting and being the fairy godmother to an entertaining group of singles looking for love,” said Ivan Stoilkovich, executive vice president of TV programming for Estrella Media, the parent company of Estrella TV.

Vale has been an entertainer since age two, working in film, television, theater and radio. With credits in dozens of telenovelas, she is best known for leading the Mexican soap opera “La Fea Más Bella.”

This series was based on another internationally successful Colombian telenovela titled “Yo Soy Betty, la Fea,” which had a successful American adaptation, ABC’s Golden Globe winner “Ugly Betty.” Vale herself made a cameo appearance in the English-language version executive produced by Oscar-nominated actress Salma Hayek.

Between Hollywood and Mexico

Vale moved to the U.S. in 2016, and the following year, she starred in the Telemundo telenovela “La Fan.” She works on projects in Hollywood and Mexico, including an appearance in “Jane the Virgin,” the animated action series “Seis Manos” and the telenovela “Y Mañana Será Otro Día Mejor.”

With her new show, Vale will now be splitting her time between radio and TV in Southern California. She currently hosts a morning show on the Los Angeles-based reggaeton radio station KLLI Cali 93.9.

The Mexican entertainer is the daughter of legendary actress and singer Angélica María and actor/comedian Raúl Vale.