Vaping: The Jury Is Still Out On Its Safety Vs. Traditional Smoking

Medical experts warn that electronic cigarettes are not a cure-all.
By Carlos Moron May 21, 2021
Facebook
Twitter
Linkedin
Email 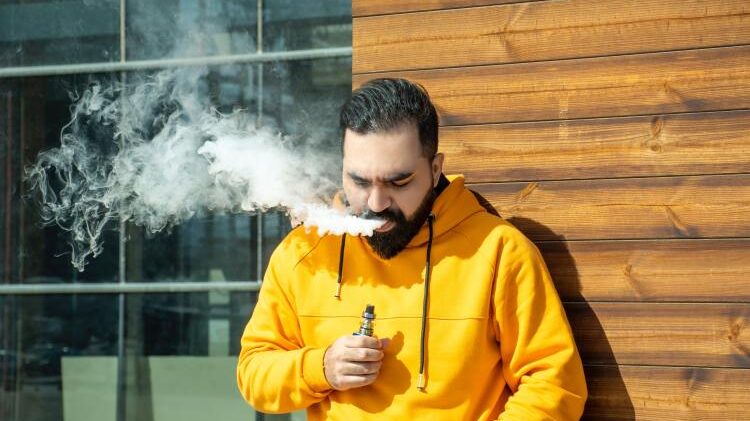 Electronic cigarettes have become a fad among the younger generations, who may mistakenly see it as safer than smoking, ignoring its potential addictive properties. (Mohamad Hajizade/Unsplash)

In recent years, the usage of electronic cigarettes has increased. Many believe they are less harmful than smoking.

“I love vaping because it is less harmful to my health than smoking a tobacco cigarette. I do not like the smell of tobacco; much less the taste it leaves in my mouth,” said Javier Carlín Urrieta, an 18-years-old student in Veracruz.

For the World Health Organization, vaping consists of employing an electronic cigarette to administer a dose of nicotine using a propylene glycol solution without using tobacco leaves. It can also have special flavorings.

In the last five years, the craze for vaping has had a significant boom. Teenagers and young adults enjoy having contests with each other over who puffs the best smoke figures.

Vaping has also gained popularity among teenagers due to the myriad of flavors that exist in the market, with a wide range of brands and prices for anyone.

“There is almost an infinite amount of flavor combinations for me to vape — in addition to avoiding any health hazard for my lungs. It helps me relax when I am stressed out or anxious. I prefer fruity flavors, as they feel similar to chewing bubblegum. Another point in favor of the electronic cigarette is that it isn’t expensive, unlike the high price of cigarette packs,” said Carlín Urrieta.

However, health organizations and researchers debate over whether it’s true that electornic cigarettes are devoid of harmful effect.

In countries such as the United States, the government has asked parents to be on the lookout for their children using electronic cigarettes. Despite not containing a wide array of chemicals, these cigarettes continue to cause addiction, given the large amount of concentrated nicotine.

The WHO Framework Convention of Tobacco Control recommends regulating the sale of e-cigarettes, especially to minors, and carry out studies on the health repercussions of vaping.

Further, the international health experts have confirmed they would be adopting regulations to prohibit or limit its sale, as well as medical rules to control it.

“Parents need to pay more attention to what their children are doing, ensuring they avoid falling into any addiction,” he said.