VIDEO: Troubled Waters: Mountains Of Plastic Exposed Along One Of Europe’s Longest Rivers

Lack of recycling centers along the Tisza results in huge dumping grounds on its shores. 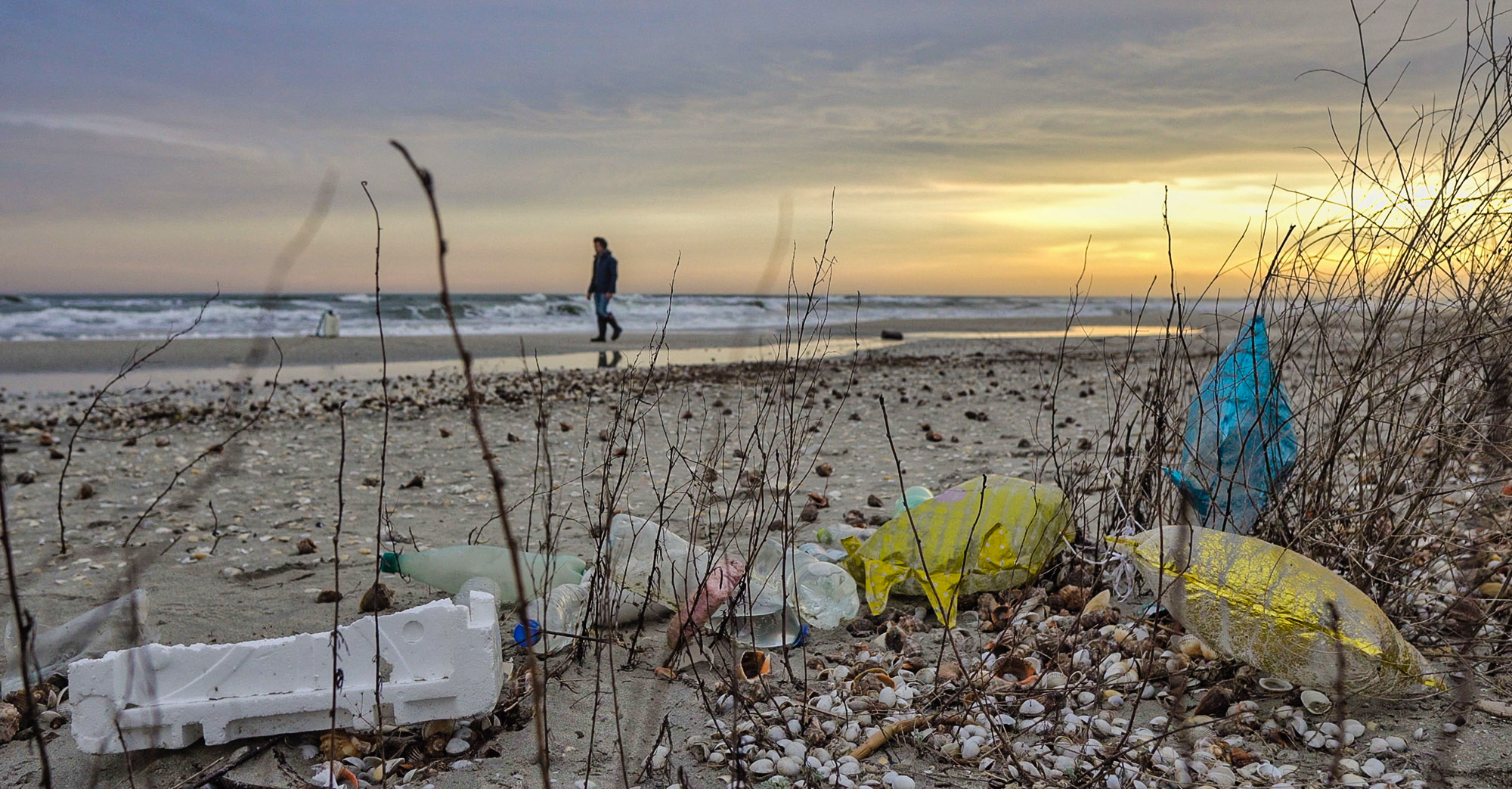 Used plastic bottles washed up on the Black Sea's beaches after flowing through several countries along the River Tisza. (Courtesy of Dimitry Ljasuk/Zenger News)

A new documentary is shining a light on the mountains of household plastic waste building up along the shore of one of Europe’s longest waterways, due to a lack of processing facilities.

The pollution is inundating the Tisza River, a major tributary to Europe’s second-longest river, the Danube. The waste is making its way downstream, traveling through several European countries before ending up in the Black Sea.

The disaster has some locals scrambling to process recyclable materials themselves, which often involves driving it to neighboring countries, due to a lack of state support for recycling facilities. Among the places with mountains of plastic is the western Ukrainian city of Rakhiv in the Carpathian basin, just meters from the Tisza.

That reality takes center stage in Hungarian-Ukrainian filmmaker Ljasuk Dimitry‘s latest documentary, “A Tisza Neveben” (“In the Name of the Tisza”).

“I wanted to make a film that would bring this serious issue to light,” said Dimitry, who spent much of his childhood taking fishing trips with his dad along the river’s banks.

His love of nature led Dimitry to pursue a career making environmental films.

To Dimitry, the trash along the Tisza is both personally important and part of a wider global issue. He believes humanity has lost touch with the natural world and often turns a blind eye to the devastation caused by pollution.

During the documentary, Dimitry takes viewers on a trip that follows the plastic’s journey along the Tisza’s 600 miles, starting from its source city of Rakhiv in western Ukraine and ending at the Black Sea.

He points out the pollution travels through the five countries — Ukraine, Slovakia, Hungary, Romania and Serbia — but the issue transcends borders.

“Here in Europe we often associate pollution on this scale with the developing world, ignoring it when it happens in our backyard, but expressing outrage when it’s happening in a distant land,” he said. “After seeing the documentary, I hope people will think about their behavior and how it affects the environment, regardless of where they live.”

Throughout the film, Dimitry highlights situations where locals have no access to recycling facilities.

One of the most touching scenes is when he meets Viktor Bucsinszky, who lives near the river Borzhava, a western Ukraine tributary of the Tisza.

To help combat the lack of recycling facilities, Bucsinszky set up one of his own, called Colourful Containers. It opened in 2019, in an old farm building not far from the river. Locals bring their separated plastics, which are transported to recycling plants further afield.

Dimitry points out Bucsinszky is doing this without the support of the state and purely out of his own concern for the river.

“The villages along the Borzhava are similar to many parts of the Carpathian basin, as it severely lacks access to waste disposal and recycling services,” Dimitry said.

Bucsinszky and local volunteers diligently separate the plastics and then drive them to various recycling facilities in Romania, where there are facilities that can process them, unlike in western Ukraine.

From there, the plastic flows across the Hungarian border, where volunteers at the river’s Vasarosnameny lock try, but largely fail, to remove the mountains of plastic drifting into their country.

After its journey through Hungary, the Tisza joins Europe’s second-largest river, the Danube, and makes its way toward Serbia.

The giant hydroelectric dam on the Serbian-Romanian border provides another temporary barrier to pollution, but after overcoming this obstacle, large amounts of plastic waste freely move to its final destination: the Black Sea.

“Despite the incredibly hard work done by the volunteers, the work seems endless as plastic arrives faster than it can be removed,” he said.

The extent of the issue hit Dimitry hard on the beaches of the Black Sea, where he found plastic bottles from Serbia, Ukraine, Romania and Hungary covering otherwise beautiful beaches.

He notes the Black Sea has earned itself the nickname of Europe’s most polluted sea, with some scientists describing large swathes of the sea as “dead.”

“Although individuals can do their part, and should do their part to limit pollution, there are some situations where they simply aren’t capable of fixing the problem alone,” Dimitry said. “For this reason, I am presenting this documentary to the Ukrainian president Volodymyr Zelenskyy.”

Dimitry hopes that Zelenskyy — who had not replied to the filmmaker’s documentary as of this posting — will acknowledge the urgent nature of the situation and invest in recycling facilities in western Ukraine.

Anatoly Poloszkov, head of the Transcarpathian County Administrative Office, reached out to Dimitry, stating she appreciates the importance of the issue and promised a huge push is being made to protect tributaries that flow into the Tisza from contamination.

Dimitry said the documentary has “started something” after being watched over half a million times. It’s encouraged countless local organizations to set up their own recycling schemes along the river.

He hopes the documentary will continue to encourage people and governments to question whether they are truly doing enough to protect our planet from pollution.

“In the Name of the Tisza” is available for free viewing with English subtitles on YouTube.